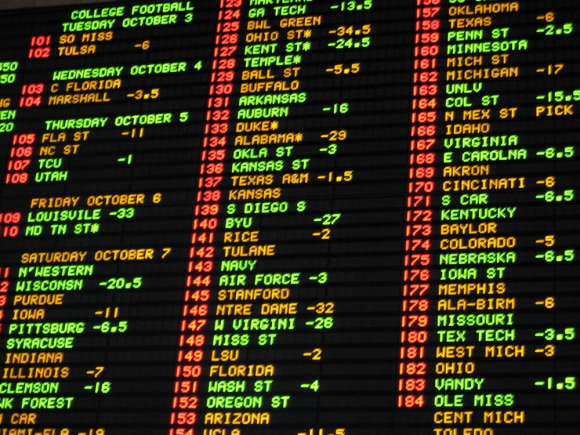 Everything is going according to plan in the newly legalized sports betting market in Ontario. Single sports wagering was officially launched in Canada on August 27th, 2021 and Canadian bettors could not be happier. So much so, that bettors cleared $ 1 million in handle in just the first 7 days of legal single event wagering in the country.

As you can imagine, these results are better than anyone anticipated and have proven to be extremely encouraging for the Ontario Lottery and Gaming Corporation. Of all bets placed on OLG’s brand new sports betting platform Proline, single event bets were the majority. Although Canadians have always been free to wager on sports, single event betting has always been banned until now.

For decades, Canadians were only ever allowed to wager on parlay bets. However, since the momentous passing of Bill c-218, single events betting was decriminalized, thus paving the way for millions of Canadians to start betting on single tournaments. This now means that Canadians can wager on a variety of world-class single sporting tournaments such as the Super Bowl, joining other punters across Europe and America that have enjoyed this privilege for years.

The debut of single-event sports bets in the provinces has not only helped to fill the demand that had been mounting over the years, but it has also helped prepare the Ontario market for the upcoming launch of online betting.

What exactly are Ontario’s plans for the future?

Now that sports betting is finally available to Canadian punters, it is expected that the private sector will play a considerable part in the betting market’s success, both online and offline for the next few years. Ontario has already led the way by setting the tone for a regulated and competitive market as the province prepares to also launch a new iGaming market before the end of 2021 that will include private operators into the mix.

According to a paper shared by the Ontario government in March this year, Ontario is planning to create revenue share agreements between the Alcohol and Gaming Commission of Ontario and private operators. The agreements will allow the private firms to pay a share of the revenue generated from online casino gaming and sports betting to the AGCO rather than going through a long taxation process.

With this system, the AGCO is hoping to leverage the already existing game platforms being utilized by well-established brands such as DraftKings and FanDuel. Whilst Ontario has always been open and receptive to iGaming, the rest of the provinces seem to be primarily focused on capitalizing on the opportunities that have been presented by single event betting.

In BC, for instance, the British Colombia Lottery Corporation is in charge of offering single event bets, as well as wagers on events such as fighting and racing via its PlayNow.com platform. BC plans to allow in-person wagering at brick and mortar casinos much later in the year. Alternatively, in Alberta, the government-operated PlayAlberta is also going to offer single event betting.

Ontario has already released a guide for interested private operators

Ontario is serious about the privatization of its iGaming industry as the AGCO has already released a guide that informs interested applicants what to expect moving forward. The guide lists in detail the procedures that online operators have to follow before being accepted to step shop in the province.

The guide, which is titled the Internet Gaming Operator Application Guide was shared by AGCO on August 18th just a few days before legal sports betting was officially decriminalized. According to the guide, interested applicants will need to enter into a commercial agreement with the agency that’s been tasked with managing iGaming- iGaming Ontario.

At present, Ontario offers online casino gaming on the Ontario Lottery and Gaming website. However, this gaming excludes poker. Fortunately, Premier Doug Ford and his government have been adamant on privatization and it appears that they are finally making good on their promise.

Based on what has been shared in the guide, operator licenses are expected to cost approximately $100,000 every year. Since the operators that are looking to apply will have to enter into commercial agreements with iGaming Ontario, there will be no revenue taxed thanks to the commercial agreement.

As a result of privatization, operators in the gray markets will also be allowed to apply for licenses instead of trying to exclude them from the market. The province is hoping that this will ensure a seamless transition for punters that have become accustomed to betting in the unregulated market. As part of the smooth transition, AGCO is looking to handle any unregulated operators so that the market can be kept as clean and safe as possible for Canadian punters.

As part of cleaning up the market, gray operators will be asked to stop serving customers until their license applications have been approved by AGCO. Now that the market is legal, any gray market operators that are offering sports betting right now have been classified as black market operators and if they are found out, AGCO will effectively prevent them from applying for licenses in the future. All this, as you can imagine, is being done to keep local punters safe while also ensuring that the market has integrity and honesty.

Canada has waited for a long time to start offering single-event betting, after being forced to watch for years as their neighbors in the South enjoy legal sports betting. Now that single betting is finally legal, Canada has a lot of catching up to do. But so far, so good.

The chance to offer punters a safe and competitive betting landscape whilst generating much-needed revenue for the government is not something that should be taken lightly. Before Bill C-2018 was legalized, all this revenue was being re-directed to offshore firms. Now that everything is above board, the fund will remain in the country as it looks for ways to recover from the ongoing pandemic.