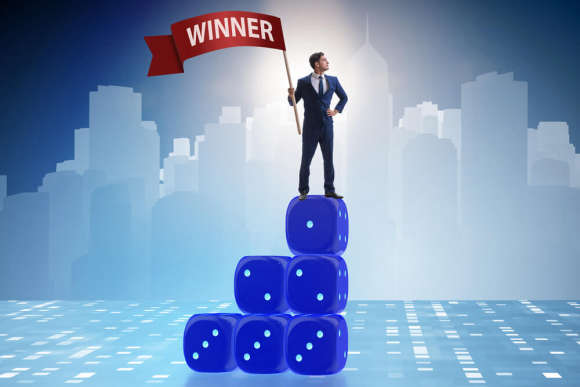 Under this partnership, OneComply will ensure that FansUnite complies with the tough regulation protocol in the US betting market. As an experienced firm in licensing and regulatory compliance, OneComply will also provide FansUnite with guidance on how best to position and market itself so that it can stand out from the rest of the competitors, many of whom have been in business for much longer.

The process of obtaining operational licenses for the gaming market in America can be daunting if not frustrating. That’s why gaming operators that are looking to establish themselves turn to experts such as OneComply to help guide them through the complex and costly process. The North American gambling market has become a natural starting point for any operators that want to make a name for themselves in the gambling sector.

In particular, most businesses looking to expand operations in North America typically start by establishing themselves in New Jersey first before moving on to the remaining states. In New Jersey, for instance, any operator that wants to set up shop must be linked to a land-based casino within the state, which requires a lot of legal legwork.

If FansUnite wants to do business in New Jersey or any other state for that matter, it will need a license of vendor registration, based on the type of services that it plans to provide in the market. Different companies in the sector have to adhere to a specific set of rules. Companies such as developers, internet hosts, ad agencies, and payment processors who provide services to online gaming and sports waging providers must all adhere to established rules if they want to obtain a license or registration to work in the state.

Like most states in the country, New Jersey has a unique approach to online gambling thanks to its strong regulatory regime that oversees the heavily regulated sector with an iron fist. As such, if FansUnite is hoping to set up shop in New Jersey, it must work on securing a commercial agreement with one of the various land-based casinos before completing rigorous game testing processes.

With OneComply’s support and backing, FansUnite should have an easier go of navigating this complex regulatory environment. As we already know, the gaming enforcement in the country is tough on operators that flaunt the rules. So the last thing a new operator like FansUnite wants is to be slapped with regulator fines even before it establishes itself in a brand new market.

FansUnite is well-positioned to dominate the market in North America, especially in some of the less mature markets that are yet to be saturated with competitors. Already, it is set to take the European gambling market by storm, having received licenses that will see it set up shop in Malta, as well as the EU.

To help its expansion plans even further, FansUnite also recently acquired Canadian gaming and esports company Askott Entertainment. This partnership effectively helped to make FanSuite a serious contender for the growing market in America. The iGaming company has already proven itself in the Canadian market all it has to do is replicate its successes in America.

FansUnite will need all the help it can get to establish itself in the fiercely competitive North American betting market, which is slated to become even bigger this year. despite the obvious challenges that have been brought forth by the pandemic, the online gambling and gaming market has grown consistently month to month and it doesn’t seem like this will change this year.

Since the industry was legalized by the Supreme Court in 2018, the online gambling industry in the country has broken record after record in the monthly revenue that’s generated by the state’s casinos, sportsbooks, and horse racing tracks. So much so that it is currently worth an astounding $59 billion; and estimate that’s expected to double in the next 3 or 4 years.

Ever since the Supreme Court repealed the Professional and Amateur Sports Protection Act (PASPA) that made legal sports betting a reality in the country, a wave of legalization has been sweeping the nation with more and more states expected to join the fray before the year is out. Since PASPA was repealed, 24 states including the District of Columbia, have legalized or allowed some degree of sports wagering.

New York, which has previously been opposed to legalization, is slated to finally legalize the industry this year. If it does, operators such as FansUnite will want to establish themselves as quickly as possible so that they can enjoy a slice of the profits in the young but ready market. A handful of other states have filed bills to legalize their sports betting industries but they are yet to reach a consensus.

Examples of the states that have filed bills include Florida, Missouri, South Carolina, and Texas. States that might legalize in the near future include Kentucky, Maine, Minnesota, Nebraska, and Ohio. While each of these markets presents opportunities for growth for every operator FanUnite included, the process of obtaining an operational license from state to state will not be easy by any means.