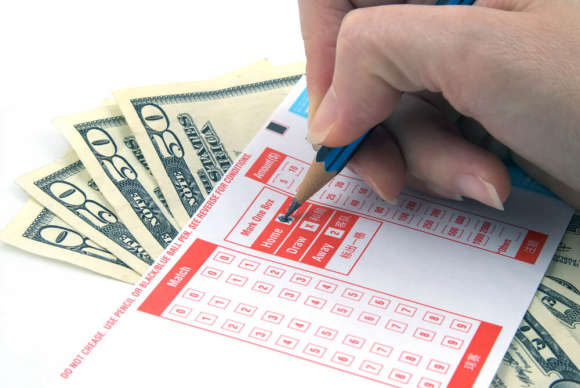 After a number of unsuccessful attempts, the Canadian federal government has introduced a new bill to legalize single-game sports betting. In a move that marks a change of direction from the Justin Trudeau government, the bill was introduced to parliament by Justice Minister David Lametti.

It was explained that under the proposed legislation, also known as Bill C-13, each of Canada’s provincial and territorial governments will be given the discretion to conduct and manage single-game sports betting in their respective jurisdictions. Were the bill to sail through betting on single-game sports in a legal and regulated environment, either online or in land-based facilities, would be permitted.

Betting on single games is currently illegal in Canada, with punters limited to "parlay" bets — meaning they have to place bets on more than one game, and pick the winning team in each contest. The odds of a winning parlay bet are low.

Out of the shadows

“The goal of the legislation is simple: it is to bring a common practice out of the shadows and into the open. To make it legal, regulated and safe,” Lametti said.

The CBC website reported that MPs from communities with large casinos — notably Windsor and Niagara Falls in Ontario — have been pushing the federal government to remove a single line in the Criminal Code that restricts gambling to parlays to give a boost to Canadian gambling operations, which face increasing pressure from foreign online outfits and U.S. casinos.

Bill C-13 has received broad support from both the gaming industry and professional sports leagues.

With the new legislation, the government hopes to create a more competitive gaming market, bolster revenues, and erode the booming “grey-market” for single-game sports betting in Canada. It is estimated that nearly $10 billion is wagered annually in Canada through the use of the “grey market” single event bookmaking operations. An additional $4 billion is wagered annually through offshore online sports wagering websites and applications.

Worryingly for Canada, these figures are far more than the $500 million that is wagered annually through multi-event, or parlay, sports lotteries in the country.

Among other factors, the COVID-19 pandemic could have forced a rethink from the Liberals. With land-based casinos closed or operating at less than optimum levels, online gambling could help drive a recovery for casinos and boost respective provinces’ revenues.

The Canadian Gaming Association said: "Amending the Criminal Code to legalize single-event sports wagering will provide provinces with the necessary tools to deliver a safe and legal option to Canadians while enabling economic benefits to flow to licensed gaming operators, communities and provincial governments. We can't emphasize enough how this small change to the Criminal Code will help communities recover from the economic devastation of the COVID-19 shutdown,” the association said in a statement.

“Canada’s gaming industry has been severely impacted by COVID-19 so having access to this new product will assist in the industry’s recovery. Our expectation is that it will now move expediently through the process to completion,” said Paul Burns, CEO of the Canadian Gaming Association.

Burns described 2020 as a “horrendous year for our businesses," adding that pandemic-related health and safety measures had devastated in-person gaming at casinos and racetracks. "(Legalizing single-game sport gambling) doesn't cost the federal government a thing but it gives us another product, another channel, to help us attract customers back to our businesses when it's safe to do so."

The Legal Sports Report website said it is hoped single-game betting will provide a boost to the economies of the various provinces.

“That issue becomes more pressing with the city’s neighbor, Detroit, Michigan having a casino industry that has now legalized sports betting. Of course, the success of single-game sports betting is going to depend a lot on what the market looks like, much like we have seen with the rollout of sports betting around the U.S. Some jurisdictions have had great success, whereas others have built systems that are built with obstacles to success, effectively limiting revenues to the state,” the website reported.

There have been previous attempts to legalize single sport betting in Canada, but so far they had all failed. The previous attempt was a private member’s bill -- Bill C-218, which was introduced earlier in 2020.

“Bill C-13 follows on the heels of Bill C-218, a private member’s bill that was introduced earlier this year (2020) by Conservative MP Kevin Waugh and also sought to make amendments to the Code with respect to single-event sports betting but was shelved due to COVID-19. NDP MP Brian Masse made a similar attempt in 2016 but was defeated in the House of Commons. Masse’s attempt followed the passage in the House of Commons of a private member’s bill legalizing single sports betting introduced by his predecessor Windsor NDP MP Joe Comartin in 2012 which was stalled in the Senate,” the Lawyers Daily website noted.

It is projected that 30 to 40 U.S. states, many of which border Canada, will have full legal sports betting within five years.

Michigan has officially legalized online poker, with the move coming just in time as a great Christmas treat for gamblers in the state. Michigan is the sixth state to legalize online poker for those 21 and older, following Nevada, Delaware, New Jersey,  West Virginia, and Pennsylvania.

With online gambling more established in the U.S., you can read more about online slots bonuses.