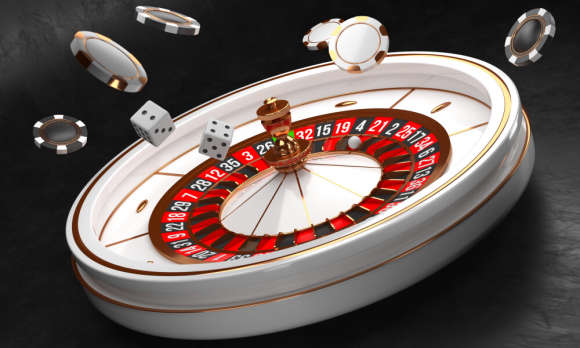 As one of the country’s 3 maritime provinces, Nova Scotia stands as the 2nd smallest of Canada’s 10 provinces. Nonetheless, it is also the 2nd most densely populated province in the country with most of the population-based around or in the capital, Halifax. As such, Nova Scotia is already geared up for success thanks to a ready and willing population that has so far been very receptive to other forms of gambling.

Gambling in Nova Scotia has always been under the watchful eye of the Alcohol, Gaming, Fuel and Tobacco Division Service of Nova Scotia. But the move to regulate online gambling was heralded by the Atlantic Lottery Corporation. The Atlantic Lottery Corporation has been trying to have all 4 maritime provinces that are part of Atlantic Canada to legalize online gambling for more than 10 years.

However, it only attained success in 2020 amid the pandemic when the first online casino was launched in New Brunswick during the summer. Because the launch was so successful despite the existing setbacks brought forth by the contagion, the Atlantic Lottery Corporation has been working tirelessly to have online gambling legalized in the remaining provinces.

As you can expect, the respective governments have been a little resistant to a legalized online market in the past. But now, with state coffers running dangerously low, the provinces need every help they can get to turn things around as well as get the road to economic recovery started.

How is the Atlantic Lottery Commission involved?

Nova Scotia only has 2 physical casinos and no First Nations facilities. Charity bingo games and online lotteries are held frequently all over the province for community benefits. Each of these casinos is run and operated by the Great Canadian Gaming Corporation in partnership with the Atlantic Lottery Corporation. These 2 organizations work together for the overall benefit of the Nova Scotia Provincial Lotteries and Casino Corporation (NSPLCC).

The provincial lotteries Corp, which was previously known as the Nova Scotia Gaming Corporation has been relying on the Atlantic Lottery Commission to run its ticket sales as well as video lottery terminals. That’s why the ALC has been at the forefront of legalizing the online casino industry in the 4 provinces for years.

Will online gambling benefit Nova Scotia residents at all?

As mentioned above, the funds acquired from legal online gambling will go a long way in helping to aid the economic recovery that needs to take place in each of the provinces. Canadians have been gambling online for years. So a legalized online gambling market in the Atlantic provinces will help to considerably counteract the increasingly popular offshore unlicensed online casinos.

Analysts have estimated that as much as $100 million is spent by Canadians on these offshore sites, which means that the provinces have been losing money that they greatly need for years. Once the market becomes operational in Nova Scotia, online gambling will now be available in 3 provinces including P.E.I and New Brunswick.

The P.E.I government approved the online gambling market before the end of last year on December 22nd. Now, all residents of the 3 provinces will be able to wager as high as $500 on a single hand of blackjack. Alternatively, if they prefer, they can also wager up to $100 on a single pull of any virtual slot machine game of their choosing, all from the safe confines of their home.

There is no doubt that more people would prefer to wager safely online at home even though the vaccination process is already underway across the country. Aside from the safety issue, the limit that online punters are exposed to is 40 times higher than the legal limit that is currently allowed for physical video lottery terminals in Nova Scotia. As such, if everything goes as well as it has in New Brunswick and P.E.I, Nova Scotia should soon start reaping the rewards of a legal online casino market.

Concerns have been rife among therapists and other mental specialists that introducing online gambling to Nova Scotia could breed even more problems among existing problem gamblers. Even worse, mental health specialists are concerned that the new gambling regulations could introduce online betting to individuals that wouldn’t otherwise consider betting online.

Last year, the provincial government in Nova Scotia abruptly disbanded Gambling Awareness Nova Scotia and no other organization of its kind has been established since. But the Nova Scotia government has continued to counter these claims stating that it will place strict measures in place to protect gamblers.

Case in point, the Nova Scotia government has stepped up and states that a legal online gambling market can be pursued without placing the residents in harm’s way. The Nova Scotia government intends to disperse resources aimed at assisting individuals suffering from gambling-related problems. To deal with the concerns at hand, the government has also set aside funds that will be used solely for gambling awareness and other mental health addictions surrounding wagering.

If everything goes as planned, Nova Scotia punters could start enjoying online casino games as early as this spring. The online casinos in New Brunswick and P.E.I have been a raging success since they were launched late last year despite the many setbacks that have been experienced thanks to the pandemic.

Now that the government of Nova Scotia has signed off on legal online gambling in the province, punters no longer have to resort to unregulated online casinos. Many of these sites have no protections in place for gamblers so a regulated industry is something that punters need now more than ever.