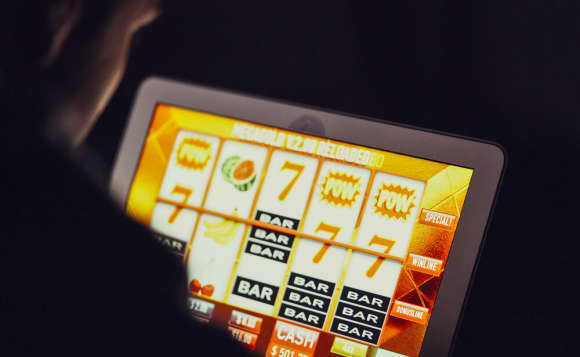 The Atlantic Lottery Corporation’s online casino currently has some of the highest limits available for its physical video lottery terminals. New Brunswick punters can now bet up to $100 on single spins of its virtual slot machines. This limit is 40 times higher than the legal limit allowed for the physical video lottery terminals in the brick and mortar casino version.

Although the Atlantic Lottery Corporation has received a lot of backlash for the high limits, it has defended its actions stating that it is entirely in line with its mandate. Plus, the regulations for its online casino-style games varies greatly from the regulation of the video lottery. New Brunswick has very strict rules in place about how physical video lottery terminals should be operated including a maximum $2.50 wagering limit for every spin.

The Corporation also currently has the only online casino available for New Brunswick punters. Customers of this online casino have almost 3 dozen slot machine games that they can choose from but it wasn’t always this way. The Corporation had been trying for years to establish an online casino but they did not succeed until August last year.

The Canadian gambling market has been in dire need of serious transformation to catch up with other burgeoning North American markets. Specifically, authorities are currently working to have a single sports wagering legalized all through the country. In Ontario, the authorities are also making good on their promise to establish a modernized online gambling market that will see iGaming in the province take off in a major way.

When combined, these recent transformations are going to mark a considerable shift in the gaming landscape in the country for the better, especially as it relates to online casino games. Of the changes that are coming, the one that the country will be watching for is Bill C-13, which was introduced by the federal government in a bid to decriminalize single sports betting in the country.

Even though the bill is still being put into consideration, things are already looking up for the Canadian gambling market. The Bill has so far received immense support from most players in the industry including professional sports leagues and operators in the industry. It has yet to pass through the legislative process successfully, but indications suggest that it will be a success.

This isn’t the first time that authorities have attempted to make single-sports betting. Authorities have tried to legalize sports betting three times prior but this fourth attempt is the most promising. Currently, Canadians are barred from betting on single-event sporting events.

Anyone that wants to wager on any sporting activities can only do so through the pari-mutuel betting system that’s commonly used in horse races. This system requires punters to wager on the outcome of several sporting events at once. Because of this system, the Canadian government has been losing more than C$14-billion annually.

Bill C-13 is looking to modify section 207(4)(b) of the Criminal Code. If approved, the bill will make it possible for provinces and territories to offer residents single sports betting products. The bill will also give each of the territories the power to control their various industries as they see fit.

What does the current Canadian gambling framework look like?

The Canadian gaming framework is complex and is designed to be controlled by both the provincial and federal levels of government. The federal framework is what defines the criminal code and who can take part in gaming. The majority of the legal gaming in the country falls under provincial control because the federal code is more broad in nature.

The good news is that most provinces see the value in iGaming with most having launched some type of an online gaming platform. However, these online platforms are controlled directly by provincial lottery corporations instead of 3rd party providers that are licensed to do so by the province.  The types of betting products available for punters to play vary from province to province but most offer common gaming options such as blackjack, online poker, and video slots.

Although these digital products are easily accessible to punters in the various provinces, they are limited in the variety of products they offer punters. That’s why most of them would still rather opt for play conducted by offshore betting sites, which are usually unlicensed.

Because of this, the government wants to legalize single sports event wagering to prevent it from losing the C$4-billion it is losing each year. Not only will legalizing the industry ensure that punters’ interests in the country are well taken care of, but it will also help to fill the huge tax hole that’s been left by the pandemic.

The Ontario provincial government also recently made serious changes by allowing the Alcohol and Gaming Commission of Ontario (AGCO) to take over the control and regulation of online gaming in the region. As things are, Ontario, which boasts 38% of the country’s population, is the only province to advance towards such considerable changes.

The good news though is that changes that are happening in Ontario’s iGaming environment should help to steer things forward for other provinces. So the future has never looked brighter for punters in the country.