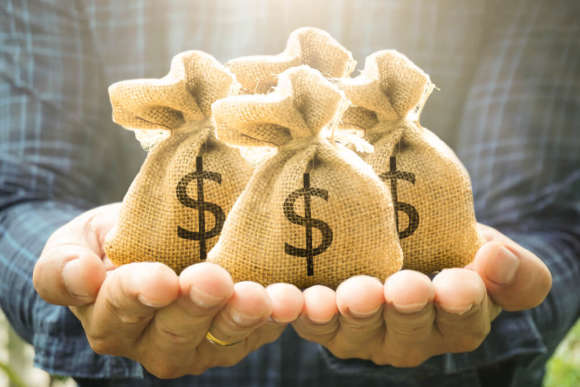 A Canadian Member of Parliament has blasted the country’s Prime Minister Justin Trudeau for approving a $200 million loan for Gateway Casinos, saying this was a bad bet.

Speaking in a debate in the House of Commons, the Conservative Pierre Poilievre said Gateway Casinos had “swindled a naive prime minister out of $200 million” of taxpayers’ money. He further described Gateway Casino as a “failing casino firm” and accused Trudeau of “throwing away our money in this jackpot for casino insiders.”

Poilievre charged “who would bet their own money on Gateway Casinos? Well, it turns out nobody. Of course, the company was just downgraded to junk status and its parent company lost 95 percent of its value on the stock market before being delisted altogether.”

He further claimed that Gateway Casinos “vastly overvalues its assets, but there is someone who would invest other people's money in it. The casino just got the jackpot of $200 million from this government. Would the financial genius over there who invested $200 million of our tax dollars in this failing casino firm please stand up?”

However, Trudeau, a Liberal, shot back, accusing the Conservatives of playing “silly political games,” describing COVID-19 pandemic as an extraordinary situation facing the Canadians.

“We created many different mechanisms to support them, whether it was the Canada emergency response benefit, the wage subsidy or the LEEFF program, which is the large employer enterprise funding. We have ensured that the money is delivered independently to organizations that qualify for it and it is a loan rather than any sort of grant of money. These are things that we have put to make sure that our economy comes roaring back,” he said.

But Poilievre was not done yet, “you've got to know when to hold 'em, know when to fold 'em, know when to walk away, and know when to swindle a naive prime minister of $200 million of other people's money. That is exactly what Gateway Casinos has just done. It cannot get money from anyone. In fact, for 10 years its owner tried to sell the company, but nobody would buy.”

Tshweu Moleme from Orillia, a Unifor representative at Casino Rama, a Gateway-owned site that will remain closed while others in the province reopen, said: “The government has done its part to ensure that Gateway employees can always have jobs to return to. Now it’s Gateway’s turn to keep its word… It’s about saving jobs and helping Canadian families.”

He added that this is not “the time for partisan blows. Canadians would love to see Members of Parliament work together to make sure we get through this pandemic and come back strong. The whole of parliament should be on the side of the workers.”

Following the parliamentary debate, lawyers for Gateway Casinos said it was not true that they had been downgraded to junk status. They further said Gateway Casinos was a private company and has not been listed on a public exchange and has not lost 95 percent of its value on any stock market.

An official at Gateway added that Poilievre’s statements contained inaccuracies, which had since been corrected with his office. Robert Mitchell, director of communications and public affairs for Gateway Casinos said the casino company’s LEEF application “had the support from MPs across the political spectrum.

“The LEEFF program is a loan that will be repaid. We will use the funds to help re-open our businesses and get people back to work as soon as it is safe and viable to do so,” Mitchell said.

Gateway Casinos received $200 million from the CEEFC LEEFF. LEEFF is intended to provide bridge financing to Canada’s largest employers, whose needs during the pandemic are not being met through conventional financing. It provides large Canadian employers with access to credit in order to preserve jobs and continue operations during this challenging period, a statement said.

After receiving the loan, Tony Santo, CEO of Gateway Casinos told employees that: “These funds will provide us with capital to support restarting our operations and getting people back to work when it is safe and viable to do so.”

Gateway Casinos has properties in British Columbia, Ontario, and Alberta. It employs 8,000 people. The company’s locations had not been operating since March, when Canada shut down many businesses, including casinos, in an effort to curtail the spread of the coronavirus.

Following the federal bailout, Gateway Casinos announced that it was reopening some facilities under Ontario’s Stage 3 regulations. Santo said: “We are excited to be able to re-open our Ontario properties and welcome back some of our team members and customers. The health and well-being of our employees and guests is our top priority. We look forward to fully re-opening and welcoming more of our guests back in the future as capacities are increased and restrictions are lifted.”

Some casinos were able to re-open after closing at the onset of the COVID-19 outbreak. Island Resort and Casino in Harris, Michigan began a phased reopening in May after it had been closed for more than six weeks due to the coronavirus outbreak. Its proprietors said they had installed plexiglass ahead of the reopening and that the location would be continuously santised.

The closure of casinos in the U.S. had pushed many gamblers to online casino.