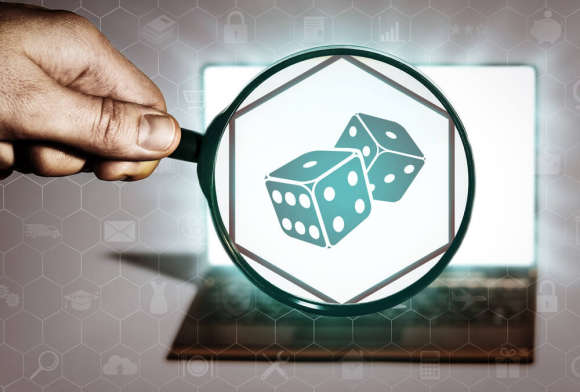 The P.E.I government has not been shy about its support for an online casino. However, despite its plans to launch an online casino, there is still a lot of pushback and opposition to the deal. Specifically, some members of all 3 parties including a few from the ruling Progressive Conservatives, have stepped forward to condemn the government’s plans for islanders.

The provincial government has already given the green light for an online casino website, which it gave last year on December 22nd, 2020. The idea to launch an online casino was brought forward by the Atlantic Lotto which has been trying to drum up support for a legal iGaming market in the country’s 4 provinces for at least a decade.

It wasn’t until last year that New Brunswick led the Atlantic provinces with its online casino launch in August 2020 that other provinces began to follow suit. Even though most of the opposition has been due to concerns over the rise of problem gambling, the P.E.I government officials have stated that it will implement programs and measures that will ensure local gamblers are safe and protected.

The majority of Provincial lawmakers in P.E.I recognize the power of a legal iGaming market. Not only will a regulated system make certain that player protections are enhanced but it will also increase the array of online games offered to local punters. Additionally, a regulated system will ensure that any revenue generated is kept at home as opposed to pushing it to the untaxed operations of black market casino operators.

Moving forward, P.E.I will want to look towards more established provinces for guidance such as Quebec and Ontario. Examples of other provinces that have welcomed iGaming include Alberta and Manitoba. The rest still remain relaxed to iGaming even though the pandemic has changed things considerably for many state budgets.

Canadian legislators are already in the process of amending sports betting laws, which could further propel iGaming in Canada to legendary status. Over the last 10 years, legislators have tried to legalize single-event sports wagering but the attempts have never progressed this far. The government has been extremely supportive of enhanced sports betting laws at both the federal and provincial levels.

As such, the sports betting market in Canada should be up to speed with other well-performing markets such as New Jersey. If the legislation is approved, it will pave the way for Canada’s provinces and territories to regulate and license single-event sports wagering in their respective jurisdictions.

As sports betting has continued to become mainstream all over the world and specifically in America, Canadian bettors have been forced to watch by idly. That’s because betting on single sports events has always been outlawed under Section 207(4)(b) of Canada’s Criminal Code. Through it all, punters have only ever been allowed to wager on sports by placing many different wagers on sporting events, which is known as parlay betting.

It is these restrictive laws that have continually pushed Canadian punters to more lucrative grey markets. As per estimations by the Canadian Gaming Association, punters in Canada have been wagering approximately $10 billion every year through illegal bookies that have perfected the art of single event betting.

An additional $4 billion is usually wagered through offshore betting sites that are a lot more reliable such as Bet365 and the like. Without single-event sports betting, only about $500 million is generated by local legal provincial sports lottery sites. As such, legalizing single-event betting in the country is easily the best way to keep much-needed tax dollars in the country.

The Bill that is going to change it all for Canadian bettors is known as Bill C-13. If it is passed, single-event sports betting will cease to be illegal in the country. and when this happens, Canada will be said to have a fully operational iGaming market.

The successful legalization of the sports betting industry in the US will provide Canada with an excellent blueprint to follow. At present, only a handful of American states enjoy legal iGaming. While sports betting is growing rapidly in many states, only a few have legalized iGaming such as New Jersey and Michigan, which includes online casino games such as blackjack and online poker amongst others.

Even though the pandemic has had a devastating effect on land-based casinos, states that have iGaming have been thriving in the pandemic. Online gaming revenues all over America have continued to soar during the contagion, which is a testament to just how popular the demand for iGaming is across the world.

Case in point, New Jersey online casinos and poker rooms have performed consistently well during the pandemic even though retail locations continue to struggle under the weight of restrictions and social distancing guidelines. In February alone, New Jersey’s online casino and poker rooms generated an estimated $94 million. If Canada wants to experience this level of success, then legislators must make the legalization of iGaming in all its provinces and territories a priority.

The P.E.I government has been signaling its openness to legalize online gambling ever since New Brunswick okayed its online casino in August last year. Currently, online betting in P.E.I, as well as many provinces such as Ontario is still a monopoly under the province’s control. If legislation is approved, this huge market could be open to well-known online casino companies from all over the world thus growing the Canadian iGaming market to perpetual heights.