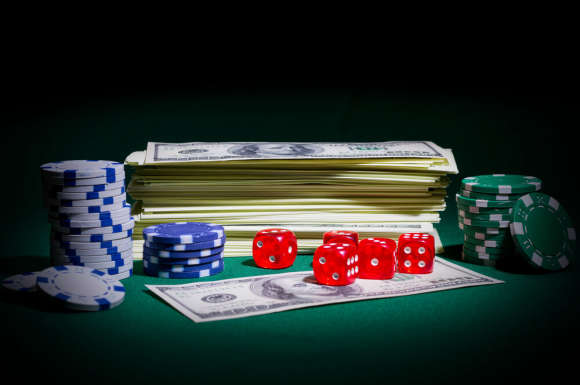 A former British Columbia Lottery Corp executive has had to endure two days of cross-examination, as an inquiry into money laundering continues. Lotto Corp. staff are accused of underreporting suspicious transactions at a Richmond casino.

Robert Kroeker, who was manager of compliance for Great Canadian Gaming from 2012 to July 2015, was responsible for River Rock Casino. He told the Cullen Commission that the casino did not report suspicious transactions of under $50,000.

However, Kroeker said he was not aware of the issue while he was in charge of River Rock, claiming he only knew about the problem after he left B.C. Lottery Corp. As per the Global News website, Kroeker said he believed River Rock staff made the under-reporting errors due to “confusion.”

However, B.C. government lawyer Jacqueline Hughes challenged the Lotto Corp. executive’s testimony, suggesting that after Kroeker joined the Lottery Corp. he pushed back against reports and audits that alleged large-scale money laundering through Chinese VIPs was occurring at River Rock Casino.

The B.C. Lottery Corp. oversees casinos in the province.

Already, the inquiry has heard that River Rock, the largest casino in B.C. did not always comply with reporting requirements on large cash buy-ins as suspicious transactions became increasingly common 10 years ago.

The CTV News website reported that John Karlovcec, the former director of anti-money laundering and investigations for the B.C. Lottery Corp., conceded under examination that River Rock Casino had not reported two cash buy-ins of $450,000, one of which was made entirely in $20 bills that would have triggered bank scrutiny.

Like Kroeker, Karlovcec insisted that non-compliance with reporting rules was systemic at River Rock and he had a good relationship with those responsible for compliance and regulatory affairs at the casino. He attributed the failure to comply with the regulations to errors, adding that “anything that was identified was addressed and reported or submitted to the federal regulator.”

“You are not cops”

Beeksma told the commission that in 2012, he and Ross Alderson, another Lottery Corp. investigator at River Rock, were called into a meeting with their boss, Lottery Corp. vice-president Terry Towns. Alderson had questioned a high roller for alleged suspicious gambling and directed River Rock managers to pay the gambler back with the $20 bills he used to buy chips, instead of $100 bills, it was reported.

Beeksma explained that they suspected the player was “refining” currency. When refining currency, punters use small bills for larger denominations, which are easier to bank. This is usually a red flag for money laundering. However, Towns shut them down, telling them they were not cops.

Launch of the investigation

At the launch of the inquiry in July 2019, Commissioner Austin Cullen said British Columbia was seen as a jurisdiction in which money laundering was flourishing.

“There appears to be a consensus among law enforcement officials, academics, and subject matter experts that this perception is rooted in reality. It is important to note that because of its secretive nature, money laundering activities do not leave behind much clear evidence of their existence, nor do they generally produce witnesses who are motivated to publicly speak about it,” he said.

The commission, which has since released an interim report, is scheduled to hear evidence right through February 2021.

A 2018 report said casinos in B.C. had "unwittingly served as laundromats" for the proceeds of crime as far back as 2011.

The 2018 report also pointed to the frosty relationship between B.C. Lottery Corp. and the Gaming Policy and Enforcement Branch (GPEB). The report said instead of focusing on criminals, the two bodies were too busy fighting each other.

Former GPEB investigators have also told the commission that they once saw suspicious cash transactions happening "daily" at a major casino in Richmond, B.C., but for years did not have clearance to take action beyond filing reports to their superiors.

Money laundering is one of the biggest headaches for authorities.

Last year, authorities in Alabama seized at least five illegal slot machines in a raid at the American Legion post in Tarrant, Alabama. Officials said they were working on combating illegal “skill” or “amusement” games which are often just fronts for illegal activity, such as money laundering.

High rollers are a favourite for casino owners, who are often too eager to bend backward to accommodate big spenders.

High rollers can check out Online Casino Gems’ list of casinos that offer generous bonuses to their top players.