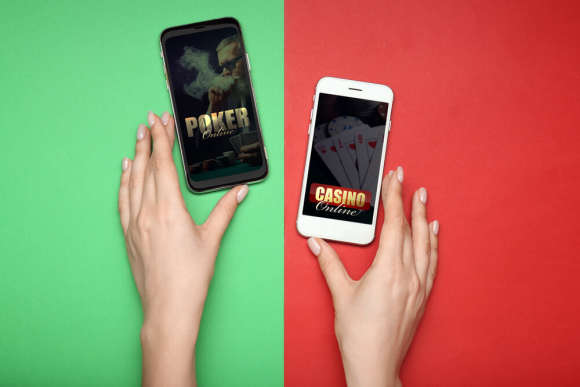 Canada’s gambling market is undergoing a revolution of sorts and it appears to be mounting competition from private online casinos. As a result, Loto-Québec has been forced to make plans to regulate this growing competition from unregulated online casinos that are operating in the country. The primary concern over the last few months has been the number of advertisements that illegal gaming sites are posting in different media outlets.

This situation has forced Loto-Québec to step up as these offshore gambling sites, as well as the advertisements that they are posting seem to harm the country’s gamblers. According to reports from Loto-Québec, gamblers are finding themselves unable to differentiate between offshore betting sites and those regulated by Loto-Québec, which has become a real issue of concern as offshore betting sites hardly ever protect consumers.

To remedy the problem, Loto-Québec has been working to create a campaign that reminds customers that Loto-Québec is still the only online casino that is legally allowed in the country. Undeniably, Loto-Québec has some of the best gambler protection measures for punters in the country and the state-owned corporation is keen on reminding punters of this fact.

Even though Loto-Québec is doing its best to limit the advertisements from offshore betting sites, it seems to be receiving a lot of resistance from media houses. As it stands, Loto-Québec has no power to legislate so they can only keep making an effort to warn gamblers against illegal gaming. It does not help that the organization has been facing a lot of resistance from local media houses that continue to run advertisements from these illegal gaming sites.

Illegal casinos have been a thorn on government-owned bodies such as the Ontario Lottery for years now. Now, as the government continues to expand the world of online gambling as a means of generating new revenue for the government, it has also become imperative to create a competitive market for iGaming in the country.

Legalized iGaming has the capacity to generate at least $547 million in annual revenue by 2026. When you add single-event sports betting into the mix, then the numbers are even more appealing. Until recently, single event betting in the country was prohibited under Canadian criminal law. However, now that the bill has received the Royal Assent stamp, punters in Canada will be wagering on single event betting before the end of this year.

The authorities are doing everything they possibly can to safeguard licensed Canadian operators from the undue competition that has been coming from unlicensed offshore competitors. According to experts, this is exactly what the country needs as it moved to open up the online gambling market to much more established private-sector competitors such as DraftKings and FanDuel.

Apart from regulating advertisements, the necessary authorities also have to enter into a high stakes showdown and employ the controversial technique used by other countries of blocking access to unregulated casinos offering iGaming in the country. This is not only an important move in keeping punters safe, but it also helped to minimize the competition against the approved providers in the country.

Provinces such as Ontario, for instance, have a lot more at stake and stand a chance to benefit greatly from a regulated gambling space. Indeed, Ontario is at the epicenter of the gambling industry in the country. As you already know, brick and mortar casino gambling had been in a state of decline thanks to the ongoing pandemic, the online sports betting industry has experienced quite the opposite effect.

Online gambling has been booming in the pandemic with the industry earning billions of dollars through live dealer games, roulette, table, and card games, slots, video poker, as well as sports betting. No one needs to tell you that Canadians are some of the world’s most enthusiastic gamblers, ranked in the top ten among other gambling countries such as Malta, the UK, and the US.

Authorities have been working hard to have online gambling open up to private operators especially now in the pandemic. Why? An expanded iGaming industry is exactly what provinces need to generate new revenue at a time when spending and deficits have soared out of control thanks to the contagion. The move to establish a competitive market for online gambling has never been more significant than it is now.

Most provinces have only even allowed online gambling that’s operated by government-owned entities such as the Ontario Lottery & Gaming Corp. However, after seeing just how much money operators have been losing to gray market websites, authorities can no longer ignore private casinos. Over the last few months, the government has put in the work to create a new model for online legal betting which will ensure that gamblers in the country have an unrivaled experience.

The Canadian authorities have already laid and fleshed out a plan to privatize iGaming. This means that apart from licensing and regulating the industry, they must also find a way of keeping the revenue earned by the burgeoning iGaming industry inside the provinces. Provinces looking to replicate the success of the US gambling market will want to look into every possibility of securing their digital borders as well as the revenue generated from iGaming.