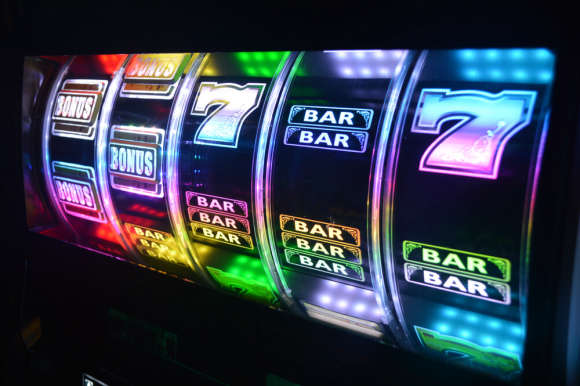 Digital game developer Live5 Gaming is debuting its products and services in Canada after receiving approval from the Gaming Enforcement and Policy Branch (GEPB). Scientific Games and British Columbia Lottery Corporation (BCLC) debuted real money gambling in the province in 2016 and the relationship between the 2 corporations has been growing from strength to strength ever since. BCLB has been using Scientific’s Open Trade Managed trading service to offer residents in the province its sports betting product.

Now that Live5 Gaming is all set to launch its products and services in BC, the slot games developed by the brand will be integrated within Scientific’s technology. As a result, PlayNow iGaming customers will now have access to all the online slot content and games created by Live5. All the online slot games created by Live5 have been designed to offer high player engagement, as well as exciting bonuses that promise to give punters even more ways to walk away with large cash prizes.

British Colombia is the second province that Live5 is launching its online slot content in, having debuted its services in Quebec in 2020. Live5’s partnership with state lottery operator, Loto-Québec was facilitated by partner SG Digital and its OpenGaming product suite. Owing to this partnership, punters in the region became the first to experience Live5’s popular slot game Billy Gone Wild.

Since then, Live5 has been growing quickly thanks to its reputation of creating high-quality slots that deliver a highly entertaining gambling experience for both punters and the online casinos that provide these games. Initially based in the UK gambling market, Live5 has been working hard to expand its services in the North American market. Live5 is already supplying online slot content in key jurisdictions such as the UK, Sweden, Malta, Denmark, Italy, as well as Spain.

As soon as single-event sports gambling debuted in the province in August this year the BC Lottery Corp. hit the ground running through its PlayNow.com platform. Long before single event betting was legalized in the province, BCLC had been advocating for transformation in the federal law for decades before it was finally legalized this year.

Now that everything is legal and above the board, legal single even sports betting, the province has the capacity to compete with all the grey market online casinos that punters were using before legalization. For years, punters were opting to use these gray online casino sites to wager on individual matches rather than being forced to rely on the parlay betting system.

As a result of this archaic and outdated parlay system of wagering, the Canadian Gaming Association estimates that it was losing close to $4 billion in revenue to grey markets every year and almost $10 billion to illegal bookies. Since single-game bets are now allowed, the BCLC is no longer at a competitive disadvantage as it now accepts both single event and parlays bets.

Long before single event betting, BCLC had made quite a few changes to supply its residents with an array of betting options. For instance, it introduced novelty wagers such as coin flip results, as well as allowing real money wagers on events like the color of Gatorade to be dumped on the coach during the Super Bowl. PlayNow.com was also the first online casino operator in the Canadian provinces to allow people to bet on the outcome of the US presidential elections in 2014.

With legal single event wagering, BCLC has seen a considerable traffic boost that has seen numerous punters skip grey market casinos for PlayNow. com. The revenue that the online casino has been generated is now being utilized to support social and community programs and projects all through the province. As well as offering more options, BC has also embarked on an education process that allows punters to understand the harms and risks that come with gambling.

Before single event betting was made legal in BC, several officials had expressed concerns about a rise in gambling addiction as well as potential match-fixing, particularly in lower-tier leagues where athletes aren’t typically paid well. As such, to deal with these concerns, BC and other provinces, in general, have been looking at techniques that can be used to reduce gambling-related harm.

BC recently approved the deal between theScore and Penn National

The Supreme Court recently issued a final order giving theScore and Penn National Gaming the go-ahead to finalize Penn’s acquisition of the Score. The agreement was thus finalized in October this year that saw Penn migrate its wagering products to the score. Penn first agreed to acquire theScore in August via a $23.0bn cash-and-stock deal.

Now that the acquisition has been completed, Penn is all set to ensure that it dominates the sports betting and iGaming market in BC. TheScore is currently one of the most popular apps in the country and is the 3rd most popular app in the US. The Score has a vibrant presence all over the US in Iowa, Colorado, Indiana, as well as the country’s most successful sports betting state New Jersey.

With such a huge presence all over the US, as well as an established presence in the country, Penn National can grow into one of the biggest online betting brands in the North American region.

Gamblers in BC have been betting on single event gaming since it debuted in the country in August this year and the response in the province has been amazing, to say the least. Before legal single event betting, punters in BC could only enjoy single event betting if they crossed over to Washington state, which was resulting in losses worth millions.

Now that BC is offering punters a little more variety, the province has managed to keep its revenue within the province rather than losing money to offshore sites. This revenue has gone a long way in making sure that locals have access to reliable healthcare, as well as quality learning programs.