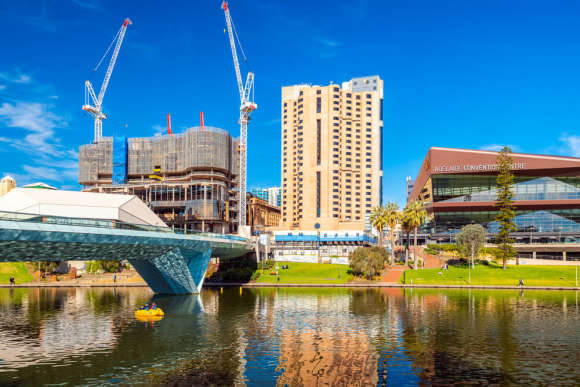 The future of the Kingsway Entertainment Complex has been uncertain for some time now and it doesn’t look like the tide is going to change soon. The Sudbury city council approved the construction of the proposed Kingsway Entertainment District 5 years ago. However, nothing has been done about the $100 million arena due to constant legal battles surrounding the development.

Case in point, a group known as Casino Free Sudbury took the Kingsway Entertainment District to court arguing that the arena and casino had been approved improperly. Luckily, the Superior Court sided with Kingsway Entertainment, which gave the provincial Local Planning Appeal Tribunal (LPAT) permission to carry on with the review process.

Things seem to be moving along in the right direction after Ontario's Local Planning Appeal Tribunal gave the go-ahead for construction to commence. However, because of the looming pandemic, the developers and investors are not able to pool together sufficient resources to get the project off the ground.

Additionally, the development hasn’t made any indications that it has found a partner to work with on the project; not a hotel or restaurant partner has been discussed or shared with the public yet. The troubles are made even more worrying because of Gateway Casinos’ financial woes.

According to the proposal, the Kingsway Entertainment Complex is supposed to one of the largest event centers once construction is completed. The Entertainment complex will house a sporting venue capable of seating 5,800 individuals, as well as a concert venue capable of seating more than 6,000 attendees. And that’s not all; it will also boast a hotel, several restaurants, as well as the infamous Gateway Casino, which is a predominant brand in Southwestern Ontario.

Gateway Casinos and Entertainment has the exclusive rights to operate provincial wagering facilities in most of Southwestern Ontario. As a result, it has casinos in Chatham, Sarnia, Hanover, Clinton, Innisfil, Thunder Bay, Point Edward, Sudbury, Sault Ste Marie, as well as Woodstock. It also has a casino in London and one on Rama First Nation’s lands that both offer punters a variety of slot machines and table games at Western Fair.

Like most of its properties in Ontario, its London property has remained shut down due to the pandemic. But this hasn’t halted the Casinos’ expansion plans. It hopes to build a new casino in Wonderland Road for a proposed $75-million. The proposed casino on Wonderland Road was supposed to be up and running by the beginning of 2021 with more than 1,000 staff members.

However, this hasn’t happened due to the budgetary constraints that the company is currently dealing with. The site at Wonderland had already been cleared and the construction was about to commence before the pandemic broke. Now the lot that was to hold the 10,000-square-foot casino sits empty as the company focuses on reopening operations in the country and Canada.

Across the pong in Ontario, casinos have been allowed to re-open since July to strict protocols. For instance, casino facilities can only sit 50 customers at a go. However, this limit is simply not worth the costs it would take to keep a casino up and running. The casino would need to be able to handle operations costs, its staff members’ salaries, and security, all while ensuring that the cage is stocked with cash at all times.

And 50 customers at a go cannot provide the funds to make this a possibility. To add salt to injury, any re-opened casinos are allowed to operate slot machines. However, table games, which are usually the money makers, are not allowed. As you can imagine, this has put quite the damper on the company’s plans for expansion and reopening of its branches.

So what’s next for Kingsway Entertainment Complex

Even though the complex’s construction was supposed to be complete by the end of 2020, the ride has been anything but easy for Kingsway. As things stand, the future of the proposed Complex is still shrouded in mystery largely because of the pandemic. The good news is that the Entertainment complex seems to have overcome its legal woes so the future is looking a lot brighter than it did last year.

The only thing that Kingsway Entertainment Complex can do is continue with its plans to build a community center that will benefit the people of Greater Sudbury. For now, the Kingsway Complex is awaiting LPAT results which should pave way for the construction to finally start.

This project will not only elevate the city’s status, but it will also bring with it lots of jobs and economic opportunities that will be of benefit to all the residents of Northern Ontario. Should the Local Planning Appeals Tribunal fail to give a favorable ruling, the Kingsway Entertainment Complex has the power to appeal its decision to a higher court, although it is not likely that this will happen.

Northern Ontario casinos are up and running

Now that Northern Ontario casinos are gradually re-opening, Gateway Casinos should be able to change its fortunes for the better. All of its Ontario gaming facilities, except for Casino Rama Resort, re-opened. The Northern Ontario region boasts 3 casinos in Thunder Bay, Sault Ste. Marie and Sudbury.

Because the casinos can only serve 50 customers at a go, guests are required to make a reservation if they want to gamble on the floor. Those that are invited can check-in through the casino’s virtual queue system but they have to wait in their vehicles until they are permitted to enter the casino floor. This is by far the best way to ensure everyone is safe while still enjoying the gambling experience that they love.