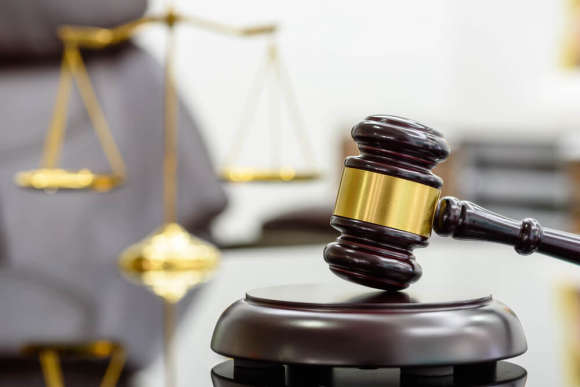 A bill that proposes to legalize single event sports betting moved a step closer to becoming a law after the House of Commons’ justice committee unanimously approved the legislation.

Prior to the approval, there had been some minor adjustments to the bill -- Bill C-218 -- such as protections for the horse racing industry. After skipping over this hurdle, the bill will return to the House of Commons for the third reading and approval.

During the second reading the bill, also known as the Safe and Regulated Sports Betting Bill received 303 votes in favour, while only 15 voted against it. With these numbers, the third reading stage may just be a formality.

MP Brian Masse (NDP — Windsor-West), who has been campaigning for the legalization of single event sports betting for nearly a decade, described the justice committee’s approval of the bill as a “big relief”.

“Today shows there continues to be broad support for this which is great. We can feel good about this part, now it goes back to the chamber for a vote soon,” Masse said.

The bill to legalize single event sports betting was introduced as a private member’s bill in February 2020 by Kevin Waugh, a Conservative MP. Generally, private members’ bills do not succeed, but this proposed law has support from across the political divide.

Previous attempts to legalize single event sports betting have failed because they did not have the support of the Liberal government.

The government also introduced its own law to legalize single event sports betting but has since withdrawn it.

CFL could be big beneficiary

Sports associations are thrilled at the prospect of legalization of single event sports betting, as they have been pleading with authorities on the issue for years.

In a joint letter last year, the National Basketball Association, the National Hockey League, Major League Baseball, Major League Soccer, and the Canadian Football League, wrote that sports betting gives fans another exciting way to engage with the sports they love. They urged the government to take “prompt action” to legalize single event sports betting as it would be beneficial to sports and their fans.

They argued that single event sports betting was already happening illegally. Hence, regulating it, they argued, “would shift consumers from illicit, unregulated markets to a legal and safe marketplace. Regulating single-game betting would allow for strong consumer protections as well as safeguards to further protect the integrity of sports.”

The CFL, for example, has been facing some financial problems and tensions have been rising ahead of the 2021 season. For that reason, there are convictions that single event sports betting will help bring the CFL out of its financial woes.

Not so fast -- the hurdles that lie ahead

But, while there’s optimism that the bill will pass, there are few hurdles that could derail it and put to waste all the effort that has been put in ensuring that it gets to this stage. There are fears that Prime Minister Justin Trudeau could dissolve Parliament in spring and call for elections this June.

“If that were to happen, the bill’s dead. We would start all over again, and this bill would not come forward until at the very earliest 2022,” Waugh said earlier.

Another worry is that since Bill C-218 is a private member’s bill, it will not be prioritized, meaning the third reading will be pushed back until mid-May.

As if that’s not enough, a similar bill sailed through all these stages in 2014 only for it to come unstuck in the Senate.

While it has been almost smooth sailing for Bill C-218, major hurdles still lie ahead.

The CoVID-19 pandemic has been devastating on the gaming industry and this has inspired a rethink into how things are done to ensure that it does not collapse. This has probably given the impetus to single event sports betting. In that same regard there has been a push for the liberalization of the igaming sector, with online casinos and other such games becoming more popular.