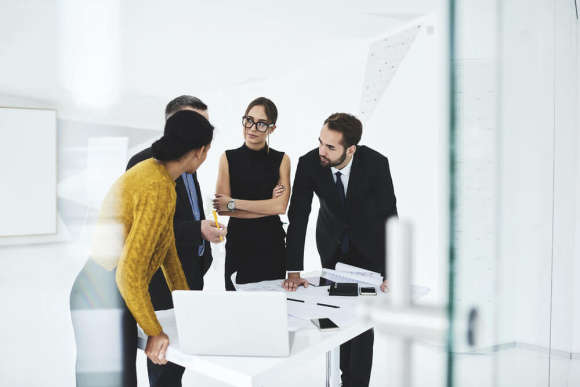 Interactive Games Technologies Inc. (IGT.BET) has announced that the rebrand and launch of its recently acquired skill-based fantasy gaming product,

IGT.BET, which was formerly i3 interactive, held a soft launch for Blitzpoolson March 1, with the official launch a month later. Blitzpools has already recorded more than 150,000 new registrations, with IGT.BET expecting that there would be more than 250,000 new players at the end of the month.

It is clearly the industry leading product and brand positioning is resonating with the Indian fantasy gaming audience, a prepared statement said.

As part of the rebranding process, IGT.BET, which is a publicly traded company listed in Canada, the U.S. and Germany, announced that it had signed cricket stars Ishan Kishan, Rahul Chahar, Shreyas Gopal and Wriddhiman Saha as brand ambassadors.

IGT.BET said the cricket stars will attract their large and ever-growing fan base to the app, and be an integral part of the 360 degree digital and offline campaign activation of Blitzpools.

“IGT.BET and Blitzpools could not be happier with the impact these professionals have already made and are excited for what the future holds. The engagement and activation of each star’s respective fan base has been exceptional. Planning for further and increased player interaction is already underway,” the company said.

The launch of Blitzpools also included the engagement of several celebrities and influencers in India including Sunny Leone, Urvashi Rautela, Natasia Stankovic and Mouni Roy. The company said the cricketers and celebrities had a follower account of more than 215 million people.

It seems the plan is quite a simple one, to dominate the Indian market and that could explain why IGT.BET is going all out with the launch of Blitzpools.

“We are embarking on a new journey and through this exciting adventure, we aim to capture and captivate the minds and hearts of every Indian consumer involved in online gaming. Giving it a fresh look and feel, we are also delighted to announce Ishan Kishan, Rahul Chahar, Shreyas Gopal, and Wriddhiman Saha as the new faces of the brand. By the end of IPL 2021, Blitzpools is confident it will be home to one of the largest fantasy sports player bases in India,” Vickram and Gaurav Assomull, the founders of Blitzpools said.

Kishan, one of the brand ambassadors said: India has a huge sport-loving audience and Blitzpools is bringing [to] millions of them their favorite games in a highly competitive format on one platform. With a solid fantasy gaming product and increased prize pools, the fantasy sports platform is providing unparalleled value to its customers.”

How the platform works

The Blitzpools platform features a coin-based loyalty programme, with users rewarded with valuable coins as they increase their engagement on the app. The coins will be redeemable against gift vouchers, meet and greet sessions, cashback, tickets for sports matches and other offerings. An additional feature is that the platform will offer winners the chance to create their own closed personal pools with friends, and ultimately win prizes offering the opportunity to play cricket against Blitzpools’ new brand ambassadors, the iGaming Business website explained.

“We will offer industry-leading bonuses for all existing players as they migrate from Livepools to Blitzpools in addition to welcoming new players with a best-in-class experience,” an IG.BET spokesperson said.

In February this year, IGT.BET acquired a 51% stake in the Livepools online fantasy platform and rebranded it to Blitzpools.

Livepools was launched in February 2018, just ahead of the 11th edition of the Indian Premier League (IPL). The online fantasy platform is available on Android and iOS, and desktop. In addition to gaming, the app also provides its users with all the statistics they need to make selections and predictions across multiple sporting platforms such as cricket, soccer, and Kabaddi.