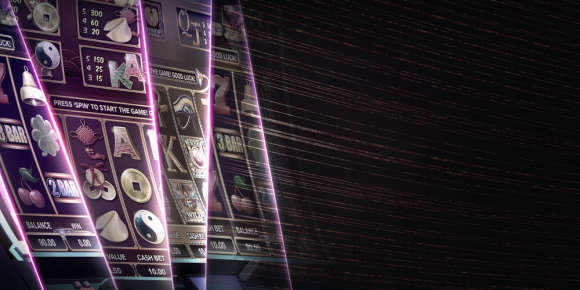 Video slot machines have an interesting reputation. Many myths and misconceptions surround them. These have resulted in them becoming one of the most misunderstood online casino games. What adds to the confusion is how simple online slots are to play. In this article, we will look deeper into the history of online slots, explain how they work, and attempt to dispel misconceptions existing about these gambling devices.

Video slots date back only a few years. The first video slot machine to be played on a video screen was one named Fortune Coin. It was developed by the Fortune Coin Company and released in 1975. in 1979, Sircoma released the first video poker game. It was the first video game that casino players accepted and was responsible for paving the way for future casino video games. Sircoma eventually became a worldwide leader in slot machine development under the name of International Game Technology. Bally Technologies introduced the Bally Game Maker in 1994. It was the first casino machine that could house multiple games in the same unit. Each game was in video format. Players could launch the game of their choice just by touching an icon on the screen. This product popularized video blackjack and video poker but it also exposed video slots to a larger audience.

Aristocrat Technologies of Australia created video slot games with five reels and bonus events in the mid-1990s. Free spins were the bonus events and new-look video slots were not widely accepted in the United States at first. Successful adoption of the games on the Pacific Rim inspired American game makers to develop their video bonusing slot games. In 1996, a company called Silicone Gaming previewed their video slot machines. The Odyssey slot was a high-tech game that was ahead of its time. It featured a large screen, top-quality animation, and bonus features. Although it did not fare well in the marketplace, at the time, it was promoted as the future of video slot games. The following year, WMS Gaming unveiled Reel ‘Em In. It became a big video slot hit in the US and opened the floodgates for future casino video slots.

What makes slot machines of any kind so popular is how easy they are to play. You don’t need to be an expert gambler to figure out the mechanics behind the slots. Just press the spin button and as long as there are credits to bet, the reels will spin. Once they stop, you will discover if you have a winning spin or not. Video slots work the same as slots in land-based casinos. They contain anywhere from 20 to 100 different symbols on each virtual reel. The number of high-paying symbols will be less than the low-paying ones. If a reel has 40 stops on it, and the jackpot symbol is on it just once, then the odds are low of hitting a jackpot. To increase your odds with video slots is to learn about the RTP (Return to Player) percentage of each slot machine. They vary from one machine to the next. A slot that has an RTP of 95% will pay out less than one that has an RTP of 97%. The difference between the RTP and 100% is the House Edge. The House Edge is where the casino makes its money. Essentially, if a player sits at a video slot with an RTP of 95%, the theory is that the player could win back 95% of their total bet out of 100 spins. Naturally, that doesn’t happen exactly like that.

What makes video slots and mechanical slots work the same is something called a random number generator. It is what makes every spin have the same amount of odds. The random number generator keeps slots fair for everyone. How the device works is simple: it translates numbers selected by the generator into the symbols that spin on each reel. However, video slots have a few very distinct differences from mechanical slot machines. They include the following:

- The majority of video slots have bonus events, and all bonus events are accounted for in the game math

Slot machine bonus events are the extras that are triggered during normal gameplay. This includes free spins, bonus games, and any other activity other than just the reels spinning and stopping to indicate a win or loss. The bonus events are significant to the video slot as not only do they impact the overall game math of a video slot game, but they are important to each slot game. The bonus events differ from game to game and also differ from game manufacturer to game manufacturer. According to some game creators, roughly 33% of the game payback comes from bonus events. All of this is factored into the game math.

Video slots are a lot like mechanical slot machines, but they also have several unique differences. The main thing to keep in mind about video slots is that they all use a random number generator which keeps each spin unique and guarantees that the game is fair. The only way to increase your odds of hitting a jackpot of any size is to choose a slot that has a higher RTP percentage. That doesn’t mean you will hit all jackpots, but a higher RTP gives you a better chance at winning something. Video slots are easy to play and that is why they are as popular as mechanical slots for beginners. As long as you set a betting limit and play within it, you will have as much fun at video slots as you would in a casino playing a mechanical slot machine.