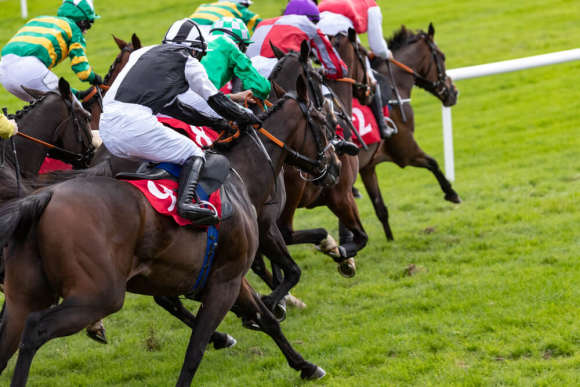 The buzzword in recent months in Canada’s gaming industry has been the legalization of single event sports gaming, which some see as the magic bullet to save the gambling sector that has seen its revenue dip due to the COVID-19 enforced closures.

Single event sports betting is illegal in Canada, except in horse racing, while in other sports players are limited to "parlay" bets — meaning they have to place bets on more than one game, and pick the winning team in each contest. The odds of a winning parlay bet are low.

What protections the horse racing industry is seeking

“We can see the writing on the wall. The legalization of single-event sports betting will see the influx of massive foreign companies and leagues entering the Canadian wagering market. Competition will be severe and racing will see market share shrink over time,” said Racetracks of Canada President Bill Ford.

In principle, the horseracing industry says it supports Bill C-218, one of the laws meant to legalize single event sports betting, but wants the bill to adopt language to protect the industry and the 50,000 jobs it supports across Canada by prohibiting fixed odds wagering on horse racing.

Generally, odds in horse racing fluctuate until the horse leaves the starting gate. If other operators, such as casinos, start accepting wagers on horse races, it’s more than likely their odds would be fixed, which might make them more appealing to the player, it was explained.

“Horse-racing wagerers that would access fixed-odds betting will move away from the Canadian parimutuel pools. This will dramatically cannibalise the Canadian horse racing industry’s market share, and these operators would earn their revenue without contributing to the substantial cost of producing our content,” said Woodbine Entertainment Group CEO Jim Lawson.

Ford requested that the government consider legalizing historical horse Racing – a pari-mutuel gaming product where individuals can place a wager on the outcome of races that have occurred in the past. Before the individual locks in a wager, information presented is anonymized in a way that prevents the player from identifying which historic race they are betting on.

“Historical horse racing is currently prohibited by the Criminal Code, despite it being a proven and legal product in many jurisdictions in North America,” Ford told the House of Commons.

Industry players argued that revenue from historical horse racing would be particularly beneficial to the smaller tracks that only run seasonally for a few weeks a year.

“Overall, we continue to be optimistic about receiving the protection our industry deserves and remain hopeful we will be provided with an opportunity to participate in sports betting in a meaningful way,” added Lawson.

Conservative MP Kevin Waugh has proposed Bill C-218, a private member’s bill to legalize single events sports betting. The bill has since gone through the second reading stage and Waugh is hopeful it will go to a third reading before the end of April.

Bill C-13 has since been withdrawn, but unlike Bill C-218, it had provisions protecting the horse racing sector.

Previous attempts to legalize single event sports betting have failed because they did not have the support of the government.

The COVID-19 pandemic has seen gaming revenues tumble over the past year. With that in mind, Canadian authorities have been seeking ways to shore up casino revenues.

Ontario has set the pace by indicating that it wants to end the provincial government’s monopoly in online gambling in an effort to expand revenues. Other provinces are expected to follow Ontario’s lead.

Since the onset of the pandemic, there has been a massive growth in online and mobile gambling.