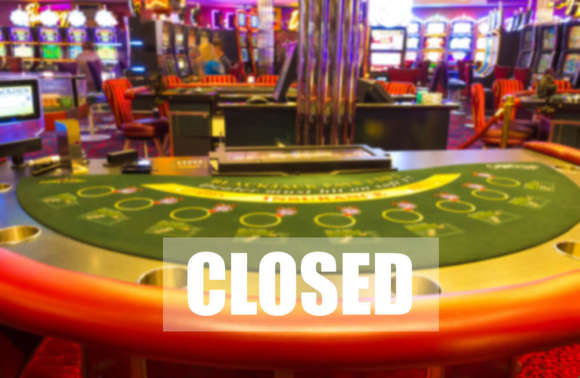 Great Canadian Gaming and Casino has announced the temporary closure of Elements Casino Mohawk and Elements Casino Flamboro barely six weeks after they reopened. Great Canadian was forced to close the two properties after the Ontario government ordered businesses like casinos to shut in an effort to control the spread of the coronavirus.

Great Canadian had only reopened these two venues on Sept. 28, but was forced to temporarily close them again on Nov. 15 following the new measure by the provincial government.

Great Canadian is committed to providing a safe environment for both its guests and team members and introduced significant health and safety protocols as part of the reopening of the Company's properties in Ontario and New Brunswick on September 28, 2020, followed by its properties in Nova Scotia on October 5, 2020, the company said in a statement.

Great Canadian further said it “will continue to support the efforts of provincial and municipal governments, public health authorities and Crown partners in preventing the spread of COVID-19.”

It is not clear when the two properties are going to reopen, but it is likely that they will only open later in 2021, when the Ontario provincial government is confident that it has tamed the COVID-19 pandemic.

Great Canadian also announced that it was suspending operations at Casino Ajax and Great Blue Heron Casino due to the COVID-19 regulations.

Ontario initially announced lockdown measures in March, during the first wave of the COVID-19 outbreak. Gradually the province began to reopen and Great Canadian opened its facilities in September.

When casinos were allowed to reopen, they were ordered to implement strict social distancing protocols, limit the number of players on the property to 50 and to ensure there was hand sanitizer. Some games, such as table games were prohibited. However, a spike in COVID-19 cases forced authorities to shut down the province again.

In announcing the latest closures, provincial authorities said Toronto had moved into the "red zone" of Ontario's COVID-19 restrictions.

"With the numbers rising rapidly in certain regions, we have to make the tough, but necessary decisions now to protect our hospitals, long-term care and retirement homes, and every person in this province. We cannot afford a province-wide lockdown, so we are taking preventative action today by moving Toronto and Peel into Lockdown level restrictions and other regions into higher levels of restrictions. We need to take decisive action to stop the spread of this deadly virus," Premier Doug Ford said.

The officials also closed several other facilities such as bingo halls and other gaming establishments, indoor sports and recreational facilities.

Christine Elliott, the Deputy Premier and Minister of Health said: "As we have seen around the world, lockdowns are a difficult but necessary step to stop the spread, safeguard the key services we rely on and protect our health system capacity. With the recent positive news on the development of a vaccine, there is a real hope that we can defeat this deadly virus, but for now we all must continue to follow public health advice and strictly adhere to the restrictions in place."

Several other companies also announced that they will be closing their casinos following the new provincial regulations.

“In light of the increase in communities moving into further restrictions across the province, and in collaboration with Chippewas of Rama First Nation, Casino Rama Resort will remain closed until further notice,” Casino Rama said.

Caesars Windsor also announced that it was shutting down. A spokesperson for the company said as a result of the provincial restrictions under the Red Control Level, the company would shut down Caesars Windsor temporarily, adding that: "The safety of our guests, team members and community is our top priority and as such we continue to follow the recommendation of provincial and local public health unit."

The closure of land-based casinos has presented an opportunity for the booming of online casinos. Ontario has since begun procedures to license private players in online gaming, while the federal government has introduced a bill to legalize single-event sports gambling.