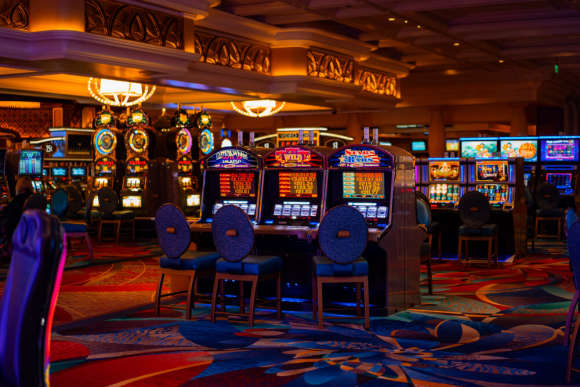 Casino Nova Scotia – Halifax is now up and running for punters in Halifax. The Great Canadian Gaming Corporation opened its doors after receiving approval from the Nova Scotia provincial government. Before re-opening, Casino Nova Scotia, the property had remained closed for 10 months.

The property will run with reduced hours. During those hours, punters can play the various slot games as well as a limited selection of table games. The casino is also offering food and beverages to its customers. However, the maximum guest capacity has been capped at 20%.

The casino has closed and reopened several times as part of the provincial government's effort to limit the ongoing spread of the pandemic. The first round of closures took place on March 16, 2020. They later re-opened on October 5th but closed their doors once again on November 26th.

With this most recent re-opening date, the Casino Nova Scotia brand will now have 3 of its 26 operations up and running. The next of its casinos that’s scheduled to reopen is Shorelines Casino Belleville. Of its offshore operations, Casino Nova Scotia Sydney has also reopened with a 20% guest capacity. It is not offering any table games but it is offering its customers food and beverage options.

Its other branches will remain closed for now. Some of the Casino Nova Scotia branches that will remain shut down include:

Meanwhile, Nova Scotia online gaming is about to blow up

Thanks to the pioneering efforts of the Atlantic Lottery Corporation, Nova Scotia residents will soon be able to enjoy all the online casino games available. If everything goes according to plan, Nova Scotians will have an array of virtual casino-style games to choose from as early as spring.

If all the 4 provinces under the Atlantic Lottery Corporation’s mandate agree to sign off on these online casino-style games, the funds required to make this a reality will be produced and shared by each of the provinces. It is estimated that the provinces will need approximately $3.1 million to develop the virtual games.

According to the Atlantic Lottery Corporation, the province needs to invest in the development of these games for its future and the safety of its players. As things stand, the government estimates that it is losing approximately $100 million to offshore gambling sites. As such, creating its virtual offerings for its online casinos will make sure that much-needed tax dollars remain within the province.

Currently, the Atlantic Lottery Corporation offers its customers some of the highest limits available in the online gambling scene. The online site allows New Brunswick punters to wager up to $500 on a hand of blackjack, or up to $100 on a single pull of an online slot machine. That’s the highest limit available- 40 times higher than what the website allows for its physical version of the game.

The Corporations online casino seems to be doing well among New Brunswick punters, which is great news for the entire corporation. For years, it had been trying to convince the 4 provincial governments under Atlantic Canada to set up an online casino but the shareholders had been turning down this request year after year.

It wasn’t until August 2020 that the online casino was established for residents. Although the online casino was initially made available only to punters in New Brunswick, the network has since grown to also include punters in Prince Edward Island and Nova Scotia. According to the Atlantic Lottery Corporation, its online casino has the potential to generate as much as CAD$80 million or $62.8 million in the next few years.

This figure could rise even higher given the expanded legislation to include single sports betting in the country. As things are, the only type of sports wagers allowed is parlay based. This means that punters can only wager on several events at the same time. If things go as planned, the benefits of sports wagering will also probably trickle down to online gaming causing even further growth.

Please note that the Atlantic Lottery Corporation’s online casino is at present only available to residents in New Brunswick, Nova Scotia, and Prince Edward. That means that any punters that want to wager outside these locations can only do so within provincial lines. That’s because the corporation utilizes geofencing to ensure that the online casino is only available to those within the authorized jurisdiction.

The Atlantic Lottery Corporation has not revealed any plans to make its online casino in Newfoundland or Labrador, although analysts predict that this will probably change before the end of the year. If all 4 of Canada’s Atlantic provinces put their heads together to form an online gaming monopoly, the province could be unstoppable and even easily emerge as the leader of iGaming in the country. The other provinces namely, Ontario, Manitoba, British Columbia, and Quebec all offer a fully developed online gambling casino.