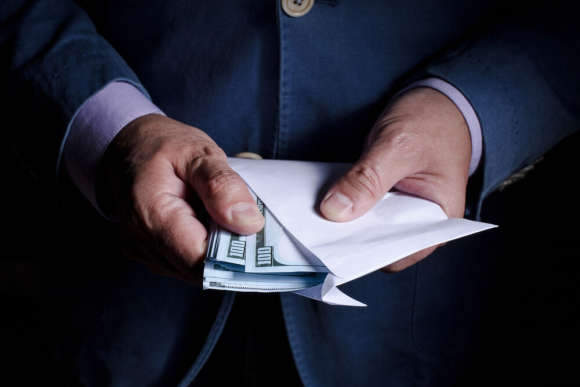 A former British Columbia minister responsible for gaming has been accused of being “largely responsible” for rampant money laundering related to organized crime in the province’s casinos.

The Cullen Commission heard from Larry Vander Graaf, a former Gaming Policy and Enforcement Branch (GPEB) executive director of investigations, who revealed that after the 2010 Winter Olympics in Vancouver, large cash buy-ins were increasing exponentially.

Vander Graaf told the commission that investigators believed drug-traffickers were laundering a “horrendous” amount of $20 bills through B.C. Lottery Corp. facilities. Graaf brought his suspicions to Coleman. Vander Graaf then held a brief meeting with Coleman at GPEB headquarters in Burnaby, together with Deputy Minister Lori Wanamaker.

“Mr. Coleman opened the conversation. He said, ‘What about this money laundering?’ And I said they're bringing it in in $10,000 bundles. He says, ‘I know lots of people with $10,000 in their pocket.’ I said, ‘If it's in $20 bills with elastic bands on both ends, you better check your friend zone,’” Vander Graaf said.

Vander Graaf added that he explained to Coleman about the “horrendous problem we were having in the casinos with the $20 bills, that $20 bills are a problem to drug traffickers. And it's a [$6 billion to $7 billion] industry.”

Vander Graaf, who was fired by the provincial government in 2014, said he believes he was sacked because his superiors did not want to act on his recommendations, as this would impact casino revenue.

The commission further heard that Coleman was supposedly more interested in revenue and not organized crime.

Fred Pinnock, who was commander of the RCMP's illegal gaming task force, told the commission that he had tried and failed to meet with Coleman about "out-of-control" organized criminal activity. Instead, he met with0 Kash Heed, then the solicitor general. Pinnock recalled that he told Heed he was convinced Coleman knew what was happening in casinos but refused to act.

"[Heed] said to me, in effect, ‘That is what's going on, Fred, but I can't say that publicly. You know it's all about the money.' He did refer to Mr. Coleman as being largely responsible for this, as well as senior Mounties who were complicit, and that's about all I can recall about that conversation,” Pinnock added.

Pinnock further told the commission that he had tried to expand his unit’s mandate and resources to attack gangs. However, he was left frustrated as his superiors did not act on his recommendations.

In addition, Pinnock said in 2019, RCMP's illegal gaming task force was disbanded by the B.C. provincial government. He tried to meet with Coleman to convey his concerns about gang activity in casinos, but without much luck.

Background to the commission of inquiry

At the launch of the inquiry in July 2019, Commissioner Austin Cullen said British Columbia was seen as a jurisdiction in which money laundering was flourishing.

“There appears to be a consensus among law enforcement officials, academics and subject matter experts that this perception is rooted in reality. It is important to note that because of its secretive nature, money laundering activities do not leave behind much clear evidence of their existence, nor do they generally produce witnesses who are motivated to publicly speak about it,” he said.

The commission, which has since released an interim report, is scheduled to hear evidence right through February 2021.

A 2018 report said casinos in B.C. had "unwittingly served as laundromats" for the proceeds of crime as far back as 2011.

The 2018 report also pointed to the frosty relationship between B.C. Lottery Corp. and the Gaming Policy and Enforcement Branch (GPEB). The report said instead of focusing on criminals, the two bodies were too busy fighting each other.

Former GPEB investigators have also told the commission that they once saw suspicious cash transactions happening "daily" at a major casino in Richmond, B.C., but for years did not have clearance to take action beyond filing reports to their superiors.

Money laundering is one of the biggest headaches for authorities.

Last year, authorities in Alabama seized at least five illegal slot machines in a raid at the American Legion post in Tarrant, Alabama. Officials said they were working on combating illegal “skill” or “amusement” games which are often just fronts for illegal activity, such as money laundering.

High rollers are a favourite for casino owners, who are often too eager to bend backwards to accommodate big spenders.

High rollers can check out Online Casino Gems’ list of casinos that offer generous bonuses to their top players.