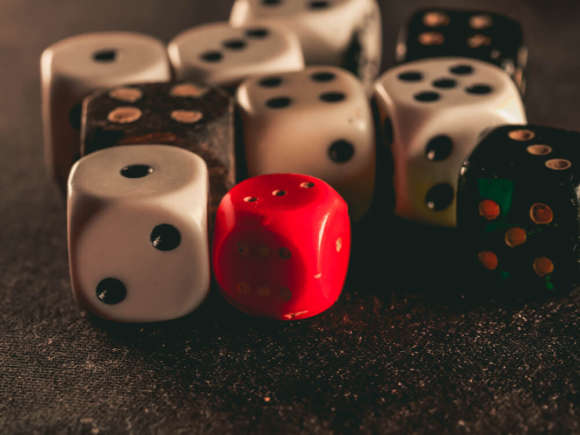 Every gambler has their fair share of wins. They’ve taken the bit pot, doubled down, and hit the jackpot. It’s what keeps them coming back for more. Ask a real gambler though to share their most memorable story about gambling though and, more times than not, you’ll hear about their biggest, most gut-wrenching loss.

Some of these stories are fin anecdotes about a time when the gambler should have walked away with a win but came away with a loss instead on their road to success. Others are heartbreaking tales about gamblers who lost it all and suffered the consequences. These gambling stories of losses are enough to make some gamblers think twice about betting in Canada or elsewhere.

Whether the story is funny, interesting, or even tragic, they are important for every gambler to hear. When gamblers sit down to place their bets, there are almost certainly visions of big wins dancing in their heads. The reality is though, a loss is just as likely if not more so. To help temper your expectations and illustrate what can happen when gambling, here are eight famous gambling stories of losses that may make you think twice about betting in Canada.

Guy Laliberté is a man from Quebec that is known for many things. He is known for being the founder of the world-renowned Cirque de Soleil, the first Canadian space tourist, the owner of an atoll in French Polynesia, and a billionaire philanthropist. He has one distinction that he may not enjoy though. He is thought to be the man that has lost the most money ever on online poker.

Laliberté started playing high-stakes online poker in 2006. Being a billionaire, he was likely drawn to online gambling for the thrill since he certainly didn’t need the first deposit bonus. His gambling stories of losses though could probably fill an entire book. It is estimated that Laliberté has lost over $31 million on online poker in the last decade and a half.

While these gambling stories of losses would certainly make the average Canadian think twice about betting on online poker, it seems like Laliberté is still ok. As of 2021, he is still one of the richest people in Canada with a net worth of around $1.2 billion.

How to Lose a Billion Dollars in Just Over a Year

Guy Laliberté may be the all-time loser in online poker but his $31 million in losses pale in comparison to what Australian real estate magnate Harry Kakavas lost at Melbourne's Crown Casino in just 14 months. Between June 2005 and August 2006, Kakavas gambled a stunning $1.479 billion, mostly on baccarat. At one point, in May 2006, he gambled an incredible $164 million in five and a half hours.

Kakavas didn’t take these losses lying down though. In 2013, he sued the Crown Casino for taking advantage of him because he was a pathological gambler. The argument was that the casino knew he had a problem but continued to lend him money and increase the size of his bets. The courts in Australia ultimately ruled that Kakavas was in control of his decisions and was responsible for his gambling debts.

The moral of gambling stories of losses like these aren’t about how you can lose over a billion dollars. It is more about the need to be in control of your gambling because no one else will do it for you. Casinos and other betting shops will happily take your money even if you are a problem gambler. It is up to you, your friends and family, and gambling addiction resources to help Canadians who have a problem with gambling.

Rick Tocchet, from Scarborough, Ontario, was known as a skilled tough guy during his 18-year NHL career. In 2006, when Tocchet was a coach for the Phoenix Coyotes was charged with running a gambling ring. The gamblers who placed bets with Tocchet’s syndicate allegedly included several NHL players as well as the wife of NHL legend Wayne Gretzky.

In 2007, Tocchet pleaded guilty to the charges and was sentenced to probation in lieu of jail time. He took a leave of absence from coaching in the NHL when the charges were handed down but two years later, he was reinstated. Among the conditions of the reinstatement was that Tocchet had to abstain from all forms of gambling while he was a coach in the league. Today, Tocchet is the head coach of the (now) Arizona Coyotes and notched his 200th win in February of 2020.

Gambling stories of losses aren’t all about money. Sometimes, when you gamble illegally, you risk losing your freedom as well. While most forms of gambling are legal in Canada, certain gambling pastimes, like animal fighting are not. If you gamble in illicit activities like this, you can end up with major fines or even jail time.

In 2013, Vancouver Sun columnist Pete McMartin did a two-part series on gambling addiction that told the story of Powell River, BC lawyer Patricia Martinuk. She started her 20-year spiral into gambling addiction in 1994. She played a slot game where she won $25 that began her long descent.

The stories chronicle how her addiction took hold and led her to lose thousands of dollars in a sitting at casinos over the course of her gambling life. Martinuk truly hit rock bottom when she stole $4,000 worth of cheques from her best friend’s elderly parents to finance her gambling. Eventually, she got her life back on track with the help of the Canadian government’s gambling help programs.

While there haven’t been any updates published on Martinuk in the last few years, the series ends with her in recovery. McMartin says that Martinuk had not visited a casino in a year but that she still deals with her addiction every day.

NBA legend Michael Jordan is widely considered the best of all-time on the basketball court. He is known to be insanely competitive and to have the stamina that lets him keep going long after others have stopped. Unfortunately, these traits that led him to greatness in one area made him (by many accounts) a compulsive gambler.

There are fabled stories about Jordan losing money on everything from casino games to golf. However, the loss that will make Canadians think twice about betting comes from a children’s game. Former teammate Jay Williams once told a story about how Jordan would bet on anything when he was bored, that included the game rock, scissors, paper.

Williams said that Jordan would bet $20,000 a round on rock, scissors, paper and had lost as much as $100,000. While that sum of money didn’t mean much to Jordan, one of the world’s richest athletes, it is still part of the gambling stories of losses about Jordan that shows how intense he is about betting.

Pamela Anderson, from Ladysmith, British Columbia, is known for many things. After being discovered at a BC Lions CFL game, Anderson went on to become one of the most famous Playboy Playmates of all-time and play iconic roles on TV such as C.J. Parker on Baywatch. Anderson is also a well-known gambler and poker player.

On a 2007 appearance on the Ellen DeGeneres Show, Anderson relayed a story to the host about her worst gambling loss. She told Ellen that she once played poker in Las Vegas and ended up with a $250,000 debt. The player she was indebted to told her that she could pay off her debt by making out with him. According to People magazine, she said, “’I paid off a poker debt with sexual favors, and I fell in love,’ Anderson told DeGeneres of her new guy. ‘It’s so romantic. It’s romance.’”

The new guy is widely rumored to be the infamous ex-boyfriend of Paris Hilton and now ex-husband of Anderson, Rick Solomon. While the loss seems like it worked out (at least in Anderson’s mind), it is a pretty icky story that plays a lot differently through a 2021 lens. It also is an example of the type of gambling stories of losses that lead to putting yourself in a bad situation.

Tyler Hatch Loses It All and Almost Ends His Life

Tyler Hatch told his heartbreaking story of gambling addiction to the Vancouver Sun in 2019 in order to help others. Now a recovering gambling addict, Hatch’s losses got so bad in 2016 that he tried to take his own life. He shared his story to help other problem gamblers who also find themselves in a dark place.

Hatch was a burnout lawyer who got addicted to playing blackjack in online casinos after receiving a disability settlement and leaving his law practice. Initially, he won a lot but just couldn’t walk away with his profits. He eventually cashed in his settlement for a $550,000 lump sum and started gambling upwards of $10,000 a day. He lost the money and would attempt suicide but was saved by a quick-thinking 911 operator.

After the attempt, Hatch took advantage of British Columbia’s problem gambler resources and is in recovery. The speed at which Hatch spiraled out of control is a perfect example of how addiction can take hold and losses can get out of control quickly. Hopefully, his gambling stories of losses will make Canadian gamblers not only think twice but also get help if they have a problem.

Toronto’s own “Kid Poker” as he is known in the poker world has won a lot of money over the years. Daniel Negreanu has over $40 million in career winnings and was twice named WSOP Player of the Year. He is not only the most famous Canadian professional poker player, but he is also one of the best-known in the entire world.

Negreanu has lost plenty as well. One year, he lost over $1.4 million just in World Series of Poker tournaments. However, when you ask Negreanu his worst beat of all-time, he will talk about a much more innocuous hand. In 2017, Negreanu said his most “crushing defeat” was in the 2001 World Series of Poker Main Event. As the chip leader with 12 players left, Negreanu lost with his Ace-King going against a pair of 6’s. He told USA Today:

“I lost the pot, a huge coin-flip situation,” he continued. “What really stings is I would be in that situation today and I never would have played the hand the way I did. I would have just folded it. You don’t get many opportunities to get that close to winning the Main Event. That sticks out. That’s one I’ll never forget.”

Yes, this bad loss cost Negreanu a seat at the final table and a shot at the $1.5 million grand prize but this isn’t about the money. Gambling stories of losses like these go to show you that even the greatest players in the world – poker hall-of-famers – like Daniel Negreanu have bad beats. If it can happen to this Canadian, it can DEFINITELY happen to you so always think twice before you make your bets.

For most people, gambling is a perfectly fine activity. You will experience some wins and some losses. As these famous stories illustrate though, you can get in trouble with gambling if you are not careful and wind up in a precarious position. If you are in a good financial state, like Guy Laliberté, Daniel Negreanu, or Michael Jordan, these bad losses might not be a problem. If you are an average Canadian like Patricia Martinuk or Tyler Hatch, these losses can ruin your life.

Like most things in life, moderation is key. These stories describe some of the worst-case scenarios in gambling. For most people though, even a bad loss won’t result in cases like this. The best course of action for Canadian gamblers is to always think twice before placing your bet and, if you have a problem, seek help.