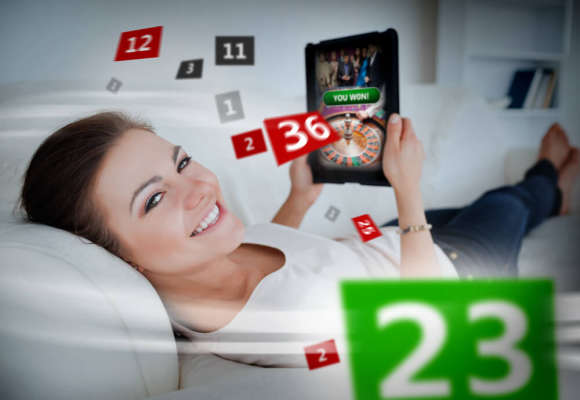 With iGaming expanding at a rapid pace, there is a need for Canadian online casinos to continue to evolve if they are going to make a mark on this rapidly changing landscape. And this is exactly what Alberta Gaming, Liquor and Cannabis (AGLC) has done, as it has partnered with Evolution Gaming to offer live casino through PlayAlberta.ca.

What Albertans can expect

Initially, Albertans will have access to six live dealer games from Evolution, such as Roulette, Infinite Blackjack, Baccarat and Ultimate Texas Hold’em. The games went live on March 11. AGLC also plans to launch more Evolution live games in the near future.

“The launch of AGLC is another proud moment for Evolution in the roll-out of our services in Canada. We are committed to delivering enhanced online gaming choice and entertainment for Albertans in the most exciting way possible with our world-leading games portfolio,” said Jeff Millar, Commercial Director at Evolution.

Evolution’s live casino offerings will be available on desktop, tablet and smartphone.

In terms of user experience, Evolution’s offerings will be streamed in 1080p. The live dealer experience allows players to interact with professional dealers via real-time chat functions.

AGLC is the government of Alberta's Crown commercial enterprise and agency that oversees the gaming, liquor and cannabis industries in Alberta. All revenue generated through Play Alberta goes directly back into the government of Alberta's General Revenue Fund to support valued programmes and services that Albertans rely on every day. In 2019–20, more than $1.4 billion in net gaming income was generated for that fund by AGLC.

AGLC has been busy with agreements in the past few months in an effort to ensure that the Crown agency attracts players. Recently, AGLC partnered with NeoPollard Interactive, which was contracted as the operator of PlayAlberta.ca.

The Crown agency projects that PlayAlberta will generate $3.71 million in revenue per year. With the profits generated by the online gaming website having “a direct impact on Albertans [supporting] the valuable programs and services that Albertans rely on every day.”

But then, questions will be asked on what role online gambling plays in promoting addiction, but AGLC said it has got this aspect covered.

The Crown agency said its responsible gambling program, GameSense, will continue to be an integral part of Play Alberta. The website integrates tools and resources utilized on GameSenseAB.ca and the ability for players to set reality (time) checks and deposit limits that encourage healthy gambling choices.

On the other hand, in Canada, Evolution has previously partnered with British Columbia Lottery Corporation and Loto-Quebec, with AGLC being the third government-run Canadian lottery that went live with Evolution live casino games.

Evolution Gaming, which was launched in 2006 has become a leading provider of B2B Live Casino Solutions, serving more than 300 operators worldwide. Their studios in Europe and North America currently employ nearly 7,400 people, and are rapidly expanding. Evolution’s Pennsylvania studio opened in October, and one in Michigan is expected soon.

iGaming is set for a massive take-off in Canada with provinces seeking innovative ways in which they can generate revenue after COVID-19-forced closures of land-based casinos decimated the gaming industry’s turnover.

Online gaming is seen as the quick fix stop-gap measure and there have been massive investments in the iGaming industry.

Ontario has already set the pace by indicating that it was prepared to end its monopoly on the provincial online gaming industry and open up for more players, a move that is likely to generate more revenue for the government. Other provinces are expected to follow suit.

On the other hand, a federal bill that seeks to legalize single event sports betting is on its way to a third reading.