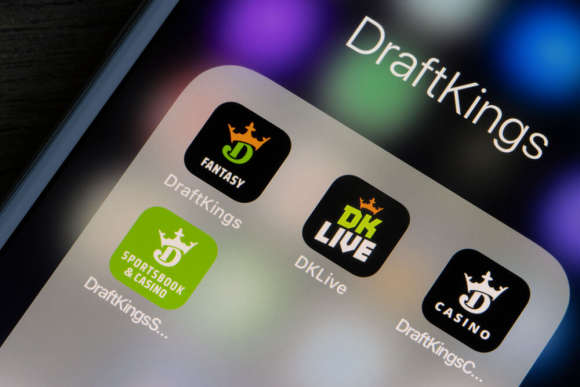 DraftKings Marketplace is expanding into Canada and Canadian punters could not be happier. Just recently, the DraftKings marketplace was launched nationally to cater to the growing NFT market. Thanks to this innovative marketplace, people can now buy, sell and trade digital collectibles for the first time in Canada’s history.

This news of Draftkings Marketplace launching in Canada could not have come at a better time as Wayne Gretzky recently debuted his own exclusive NFT. The Gretzky NFTs were provided by the company; autograph in collaboration with Upper Deck. Autograph is one of the most well-known platforms in the NFT sphere while Upper Deck is a global sports and entertainment company that creates collectibles and sporting memorabilia.

The premier editions were launched on August 17tth to an eager audience while the signature editions were released 3 days later on August 20th. DraftKings entered into the NFT market first with autographs from Tom Brady during its launch of DraftKings Marketplace in the US. This inaugural Tom Brady NFT launch was however only open to residents of the US. Gretzky’s autograph collection represented the first international expansion of the marketplace.

DraftKings has always enjoyed a solid consumer base in Canada as the betting population has always been receptive to DraftKings daily fantasy contests in the past. As such, it was no surprise when DraftKings Marketplace was met with equal enthusiasm from the locals as the NFT market continues to grow by leaps and bounds in such a short space. DraftKings has been offering its daily fantasy product in Canada since its advent in the country in 2012.

How NFTs are helping athletes and teams monetize

NFTs also known as Non-fungible tokens have grown over a short time to become a new means of engaging fans in the sporting space. As a result, operators such as DraftKings, as well as various high-profile athletes, teams, and leagues have been rolling out their version of the digital collectibles.

The NFT market has grown so quickly because it offers a way for personalities and celebrities to monetize their personalities and their worth using an already existing and engaged fan base. For instance, a well-known athlete that boasts millions of followers on social media may not have been able to monetize their fan base without the assistance of an affiliate or marketing company.

However, NFTs are helping to change all that. The idea behind NFTs is that athletes and celebrities no longer have to go through middlemen and agencies to monetize their audiences. Instead, they can do all the monetizing themselves by serving their products directly to interested fans.

Marketplaces such as the DraftKings marketplace, which have been developed using Blockchain technology, are what is allowing athletes to take their NFTs and put them up for sale directly to individuals that want to buy them. Why would people want to purchase NFT?

That’s because NFTs, especially those from celebrated sporting athletes like Gretzky and Brady come with additional perks. For instance, some NFTs from athletes come with digital signatures from the athlete and sometimes even signed jerseys that make the deal that much more worthwhile.

NFTs and marketplaces such as DraftKings Marketplace are still in their beginning stages so there is a lot that still needs to be figured out. However, the progress that’s been made so far has been promising. Leagues are also looking to profit from the burgeoning NFT market by offloading tangible items such as uniforms, balls, and sporting equipment such as bats and trading cards.

Leading the leagues when it comes to the distribution of NFTs in the NBA, which has been offloading limited edition Top Shots, which are digitally packaged NFT videos that highlight clips and rare moments during games. For example, a rare moment of basketball star LeBron James dunking reportedly sold for an estimated US$387,000 this year in June.

San Francisco-based team the Golden State Warriors was the first NBA team to release its own NFT collection for sale. This collection consists of limited edition digital versions of championship rings through the years as well as ticket stubs. Other individual athletes that have successfully sold NFTs include NFL quarterback Patrick Mahomes, champion skateboarder Mariah Duran, as well as revered Paralympian Scout Bassett are among some of the other athletes that have also ventured into the NFT market.

The Canadian sports betting market is on the precipice of change as the country prepares itself to welcome single-event sports wagering. In January this year, DraftKings announced that it was expanding its daily fantasy sports partnership with the NFL in Canada, thus allowing DraftKings to provide its fantasy sports contest on the NFL for the first time to Canadian punters.

But now that the Bill has received the Royal Assent it needs to make it into law, operators such as DraftKings will want to do everything possible to position themselves as the operators of choice. This expansion especially provides a meaningful opportunity for DraftKings who has been expanding steadily since sports betting was approved by the Supreme Court in the US in 2018.

DraftKings is already well placed for domination as Canadian punters are already familiar with the popular brand. Other operators that will pose a serious threat to DraftKings include Penn National Gaming which not too long ago acquired Canadian sportsbook theScore in a deal worth an estimated $2 billion. Other competitors include BetMGM, which has been gearing up for takeover in the Canadian market having recently signed Wayne Gretzky as its ambassador earlier on in June this year.

While operators outside the Canadian market are extremely eager for single events sports wagering in Canada, local provincial operators are also working hard. For instance, the British Colombia Lottery Corporation recently secured a partnership with Genius Sports that will allow it to cement its position in the local betting market.