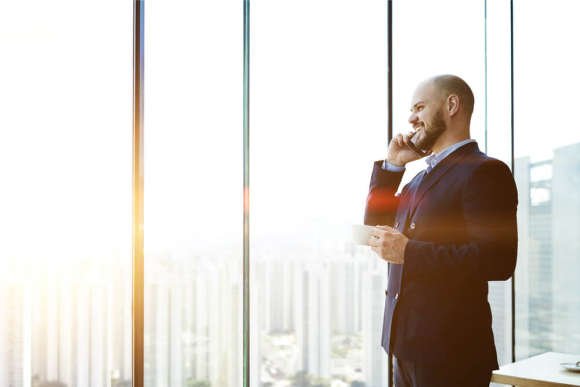 Canadian DraftKings fans and sports betting lovers, in general, are looking forward to single sports betting legalization-finally! After years and years of asking for diversification in the product offerings, Canadian legislators seem to be giving in to single-event sports betting.

And it’s not just legislators who are pushing for legalization. Various sports leagues across the country have also stepped on this bandwagon, which will help the legalization process to move along faster than it ever has before. Canada has tried twice before to legalize single-event betting but attempts have always been unsuccessful.

The last such attempt was made in 2012 led by the NDP party. However, talks stalled in the Senate, despite receiving ample support from the House of Commons. Back then, the bill to legalize sports betting failed primarily owing to the opposition it received from professional leagues in the country.

The leagues were afraid that if single-event sports betting had been legalized then, it would have promoted increased instances of match-fixing. However, the leagues seem to have changed their beat this time around probably as a result of the huge success that sports leagues in America have experienced ever since their sports betting market was legalized by the Supreme Court in 2018.

A lot of technological upgrades have been made since 2012 that now allow leagues to detect game fixing and fraud with ease. Gambling organizations and bodies also take match-fixing seriously and usually impose heavy fines and sometimes bans on offenders. As such, with these concerns alleviated, sports leagues are now looking to capitalize on a comprehensive sports betting market that offers Canadian bettors higher quality games, higher bonuses, and better odds.

The Canadian betting market has a bit of catching up to do especially when compared to many American states with legal sports betting. However, Canadian authorities and operators are more than ready for the challenge. If single-event sports betting is permitted, Canadians could start wagering on their favorite events across the CFL, NBA, MLB, MLS, and NHL as early as spring this year.

Where do 3rd party operators like DraftKings come in?

Once single sports betting in Canada is legalized, it will be up to each of the provinces to determine how their markets are operated and whether they will be open to 3rd party casino operators. In America, individual states control their sports betting markets, just as Canada is hoping to.

As such, many individuals expect that many of the provinces, at least some of them, will open up their markets to 3rd party operators such as DraftKings. Not only will this ensure that there is plenty of competition, but it will also ensure that there is as much variety offered to the punter as possible. This is exactly what is required for Canadians to cease betting through unlicensed and offshore operators.

DraftKings and other operators including FanDuel, BetMGM, as well as other offshore providers like Bet365, will be looking to join the Canadian market as soon as approval is given. Like New Jersey when sports betting was first legalized, Canada will have plenty of opportunities in store for any operators looking to expand and scale.

The progress that’s been made so far at the federal and provincial legislative levels has been steady and promising. With Bill C-218 already tabled before the House Justice, only a few major steps are left in the process.

So what can 3rd party operators like DraftKings expect?

As mentioned earlier, regulations of sports betting will vary from one province to the next. As such, it is not yet clear what 3rd party operators should expect or if they should expect anything at all. For instance, Ontario plans to leave the managing and regulation of iGaming to the Alcohol and Gaming Commission of Ontario (AGCO).

AGCO will therefore be in charge of deciding which private 3rd parties join the market, as well as the rules and regulations each of the 3rd party will follow. Companies such as DraftKings and FanDuel that have already established a strong presence in Canada should have an easier time settling into the ecosystem.

However, they are going to have to contend with competition from homegrown brands such as the Score that enjoy tremendous support from locals. The Score, which is Toronto-based, already has a small share in the US sports betting market, where it has been growing by leaps and bounds over the last year. To capitalize on this growth, the Score recently listed on the NASDAQ exchange joining the leagues of DraftKings and other well-known sportsbooks in the stock market.

Given DraftKings’ strong presence in Canada, coupled with the brand’s sportsbook experience and its cutting-edge technologies, the brand will grow in a relatively short period across the provinces. Although DraftKings started as a daily fantasy league company, it has since grown to become one of the most highly sought-after sportsbooks in the world.

DraftKings has also mastered the art of single-game sports betting. This type of betting has been banned in the country under Section 207(4)(b) of the Criminal Code. Canadian bettors have only ever been permitted to wager on sports only by placing wagers on the outcome of a series of sporting events, which is also known as the parlay system of betting.

It is the ban on single-event sports wagering that has continually pushed punters towards offshore companies like DraftKings. As such, legalizing single-event wagering in Canada will not only be positive for the country’s finances but will also benefit the Canadian punters themselves.

Once single events sports betting is legalized in Canada, it will open numerous opportunities for players looking to exploit them. If the provinces adopt a private operator model for single event betting, it will open the door for other operators like DraftKings to apply for licenses thus ensuring further growth in the market.