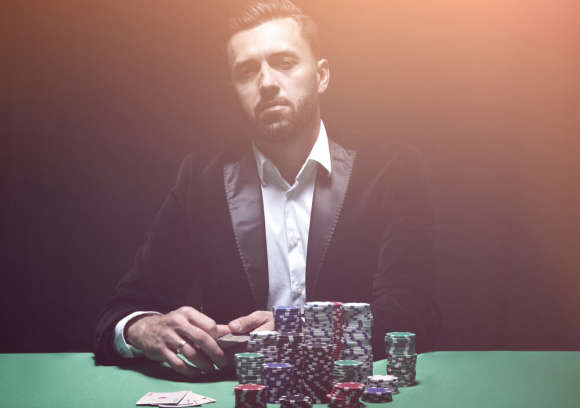 After 91 days and more than 25,000 hands in the heads up “grudge match,” Doug Polk has pocketed $1.2 million from Daniel Negreanu, ending a dramatic and sometimes testy match. The high stakes heads-up No Limit Hold’em match ran ended with Polk adding $255,722 to take his earnings to $1.2 million.

The online match started on November 4 and ended on February 3.

There was bad blood between the two players in the lead up to the grudge match.

The Las Vegas Review-Journal explained that the match was a culmination of a yearslong feud. Polk is said to have frequently used his popular poker YouTube channel to attack Negreanu for his actions while an ambassador for the online poker site PokerStars, as well as some of his personal behavior.

It didn’t take long for tempers to flare up, with Polk accusing Negreanu of stalling and trying to slow the game down to nothing.

Polk also called in the match referee Phil Galfond to complain about Negreanu’s stalling tactics. But Negreanu got away with little more than a rap on the knuckles, with the arbitrator telling him to move things along.

Polk turned the heat up a little, again taking to Twitter to accuse his opponent of breaking the rules.

At this point, Polk had taken $136,000 from Negreanu. From that point Polk continued to build on his leads, although Negreanu did frustrate him a little along the way.

In another case, Negreanu, a Canadian poker legend, won $390,000 in a single session.

But this was not enough to stop Polk, who was always billed as the bookmakers’ favourite, from pocketing $1.2 million eventually.

Negreanu initially led on an unfortunate all-in and call where he held a king-high flush and Polk had the nut flush, it was reported.

“I’m very happy that I spent so much time preparing and I felt it helped me tremendously and that I got to execute at such a high level for such a long amount of time,” Polk said after the match.

In spite of the nastiness that characterized the early days, Negreanu gave Polk the credit, saying he deserved to win and had played well.

“I thought he made really good adjustments. I thought he improved as the match went on as well. I thought he got better and better and sharper, in a lot of different lines. I was definitely unfortunate in the match. Here’s the thing, I needed to actually run above expectation to win the match. That’s what needed to happen and I don’t think that happened, obviously,” Negreanu said.

Polk and Negreanu somewhat decided to keep it civil going forward, even if they will not always agree.

“I’m sure down the road there will be things that happen where we don’t see eye to eye, but I think that we can come to it from a perspective more of mutual respect and keep it a little more within the context of the argument and maybe not let it get so personal,” Polk told the Review-Journal.

While fans of the two would like a rematch, it’s unlikely to happen. Polk has previously announced his retirement from poker, but he came out of retirement to face Negreanu.

There are growing whispers that Polk could retire. On the other hand, Negreanu has challenged Phil Helmuth to a match.