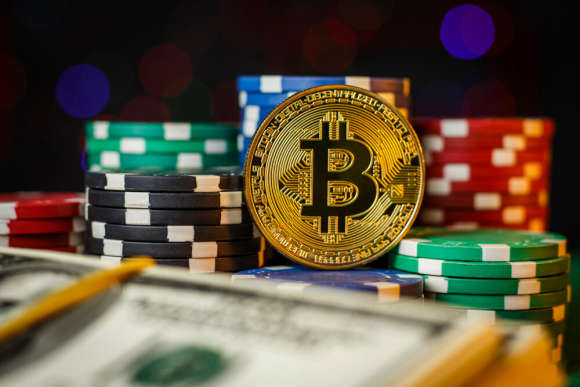 Cryptocurrencies, such as Bitcoin and Ethereum were once considered a fad that would die out eventually. However, this market has continued to witness an unprecedented boom. These days, cryptocurrency payments have become mainstream and will soon become the number one choice for anyone looking for a secure and anonymous payment system.

Cryptocurrencies have especially been a godsend to gamblers; they’re fast and efficient, secure, and completely anonymous. Basically, perfect for a punter who likes real money gambling. But with all the advantages associated with cryptocurrencies also come some downsides as has been demonstrated by the numerous crypto scams floating about online.

Data produced by Chainalysis’s web traffic metrics revealed that the largest of those defrauded were investors based in South Africa. Other countries that were affected by the global scam included Mexico, the United Kingdom, as well as Canada.

Details of the MTI Cryptocurrency scandal

lWhen MTI was first established in 2019, it promised lavish returns to any bitcoin investors. To make things even more lucrative, MTI even went ahead and offered members commissions for recruiting new members onto the platform. To lure even more unsuspecting customers, the trading platform promoted its offers heavily on social media through influential people in the crypto community.

As such, within a relatively short period, MTI had grown to become one of the more recognizable trading platforms in the community, outperforming companies that had been in the game for years. At its advent, MTI had managed to reach more than 260,000 investors. Despite continued warnings from the FSCA to stay away from the investment company, investors just kept piling up until things started to go awry.

After some time, individuals that had invested with the platform started being unable to withdraw their investments. But by then, it was already too late. The company was placed in provisional liquidation just before the year came to a close. Soon after the scam was outed, MTI’s database was hacked by well-known global advocacy group Anonymous ZA and the results were shocking, to say the least.

The highest members of the multi-level marketing scheme had managed to accumulate more than R100 million merely by creating a downline consisting of hundreds sometimes thousands of unsuspecting victims, some of who even boasted multiple accounts. Data revealed that one specific investor had started with a small investment of $100 in early April 2019; 20 months later, this number had multiplied to reach.

MTI is still currently undergoing the liquidation process and it is unclear whether the investors will get any of their hard-earned cash back. The liquidation proceedings are already underway but they could take months if not years to fully sort things out. The good news is that FSCA has warned that anyone who profited illegally from the scheme will be required to repay the funds.

Just before he fled, Chainalysis claimed that MTI CEO and his cronies utilized an unnamed casino to launder the stolen funds. Doing so has made it a lot harder for authorities to trace and recover the looted funds. The CEO Johann Steynberg has since gone missing and is reported to have gone into hiding somewhere in Brazil. He is still in full control of the wallet, which is said to contain at least 17,000 Bitcoins all from MTI investors.

MTI’s scam was just one of the many schemes that have been floating about during the pandemic. Unsuspecting victims looking for ways to double their incomes as a means of improving their financial situation now find themselves in a tough spot. A full accounting of what happened to the investors’ funds is going to take a while and even then, it is not clear whether people will get a fraction of their money back.

Unfortunately, crypto scams just like MTI’s will continue to become the norm and could become a serious problem in the next few years. A remarkable alternative to traditional, bank control currencies, crypto has grown from a speculative currency to one of the most highly sought-after payment systems in the market.

The only trouble is that because it is still largely an unexplored area, numerous Blockchain and crypto-related technologies are susceptible as they are still primarily experimental. These susceptibilities, cryptocurrencies have become compromised by numerous cases of scams and cyberattacks. As a result, instances of data breaches, theft, and of course, investor losses have become increasingly popular.

Over the past few years, thousands of unwary investors have fallen prey to such scams where the criminals rely on a hybrid of antiquated and new-age techy tactics to get their marks to part with thousands if not millions of dollars. Some fraudsters like MTI utilize tried and tested Ponzi schemes. These Ponzi schemes usually depend on income from interested investors to pay out returns to earlier investors.

Some scammers use highly sophisticated and automatized software designed to interact with Telegram, an online-based instant messaging system that is popular in the cryptocurrency community. Even in instances where a cryptocurrency plan is legitimate, some scammers can still find ways to manipulate the price or offering in the marketplace.

Any investor looking for returns in cryptocurrency is therefore advised to proceed with caution before they make an investment or join new complex systems that they are unaware of. It is especially easy for newcomers and beginners to fall prey to such scams.

As such, in such a potentially dangerous environment, investors are encouraged to always carry out their research to find out where it is they are placing their money. They should also have detailed information about all the parties involved so that they can make an informed decision regarding their futures.