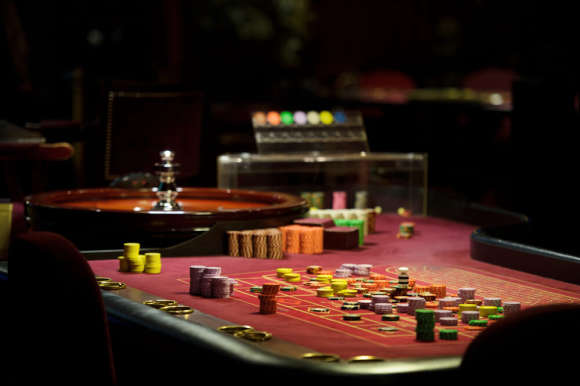 Century to Close Canadian Casinos, Sees ‘Adverse Impact’ From COVID-19 in 2021 First Half

Century to Close Canadian Casinos, Sees ‘Adverse Impact’ From COVID-19 in 2021 First Half

Like many, many retail casinos in the world, Canadian brick and mortar casinos are doing their best to keep their heads above water. So it comes as no surprise when Century Casinos announced that it was shutting down its operations temporarily in line with the latest pandemic quarantine mandates that have been issued by the Alberta provincial government.

Century Casinos and all other casinos in the country have been trying to deal with the unprecedented disruption that has occurred in the industry in the best way they can. However, things have been challenging to say the least.

Centuries, a Colorado-based gaming operator, runs 2 casinos and a pair of pari-mutuel facilities near Edmonton. They also operate a small network of off-track wagering websites throughout the Alberta region. Earlier on in the years, Centuries Casinos was forced to sell its property in Calgary.

It has been exceptionally tough for the retail casino business

Century Casinos has been suffering under the weight of the temporary closures that have been enforced by authorities. Weak fundamentals that consist of negative earning and a high debt position have worsened things for many brick and mortar casinos during the pandemic- and Century is no different.

During the early stages of the pandemic, Century Casino was forced to furlough nearly 90% of its employees. Even though this helped to significantly reduce the pressure, other recurring expenses such as rent, real estate taxes, utilities, haven’t been making things any easier.

When the outlook began to improve in the country and provinces began allowing the gradual return to normal life, Century Casinos did reopen its doors for some time. The Casino properties started the re-opening process with its Polish operations where it runs 8 casinos in the country. Missouri, which also happens to represent the brand’s largest market, followed shortly after.

The first horse race amid a pandemic was held soon after that at Century Casino’s West Virginia” Mountaineer Casino, Racetrack & Resort. The schedule for re-opening its properties varied from province to province due to the nature of local regulations. At the time, the measures needed to legally reopen varied from one province to the next.

However, some of the common measures most operators had to adhere to include mandatory temperature checks for staff members as well as guests, and reduced operational capacity in the entertainment and restaurant spaces. Locations all over the casino also had to be disinfected regularly. Most of these measures are still in place today and as a result, business has been underperforming.

Pre-pandemic, Centuries was one of the most successful smallest publicly-traded gaming operators. However, because of the industry shutdown that was brought about by the pandemic, the stock has been plunging. Even worse, the temporary closure of its Poland venues is still in effect; a situation that might linger for the anticipatable future.

But it not all bad news for Centuries

The good news is that even though things have certainly been challenging, it’s not all bad news for the operator. Centuries has a huge domestic footprint in the Canadian betting market. And its geographic diversity in the States and Europe should make things much easier to weather this current storm.

After selling one of its smaller operations in Calgary for $7.5 million, it should have the sufficient amount needed to bolster its balance sheet until things start to normalize. Now that the vaccine distribution process has already started in Canada, the future of the brick and mortar industry doesn’t look as bleak as it once did.

Centuries Casinos' sports betting offering in Colorado has gone a long way in helping the operator to make a name for itself despite the setbacks. Centuries has a 10-year agreement with bet365 that will see it continue to supply its customers in the US with internet and mobile sports betting. As you already know, the US has the most successful sports betting market in the world.

The fact that Centuries Casino is able to get a piece of this action is excellent news all around. With Centuries capitalizing on its success with its Colorado internet sports betting licenses, it can concentrate on surviving here at home, though it is not exactly clear when land-based casinos will be able to operate normally again.

with an outlook and expectation that the worst of the pandemic will soon be behind us, Centuries Casino and other operators in the country can start looking forward to the gradual normalization of their businesses. Significant financial damage has already been done but the operator will want to do its best to stay ahead of the curve, which might mean letting go of more properties.

Something else that Centuries has going for it is its focus on local gaming, which has allowed it to manage the stress levels much better compared to some of the larger operators. Unlike mega operators with resorts all over the world such as Vegas and Macau, Century’s market cap is pretty modest.

This has worked for its benefit in these tough times. Now that the company has temporarily shut off its Polish and Canadian casinos and racetracks, the casino operator will now be able to concentrate on its expansion in the Canadian and American sports betting market.

Although Centuries Casino ended last year with a struggling balance sheet, things are already shaping up for 2021. The lingering impact of reduced capacity and social distancing rules and regulations may take some time to get over. However, it is exactly these protective measures that have and will allow the operator to continue conducting business in the foreseeable future.