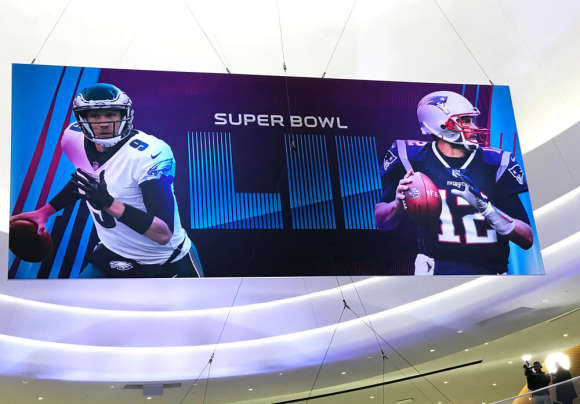 As yet another Super Bowl final came to an end, Canadian gamblers might feel a bit left out, as the law precludes them from single event sports betting.

Instead, Canadian players have to look offshore for single-event sports betting, with the country losing out on millions to the likes of Bet365.com and homegrown illegal bookmakers. It is estimated that offshore sites and local illegal bookmakers could be making up to $14 billion in bets annually from gambling fans.

“We’re missing out [on] millions of dollars for our communities. Unfortunately, almost all of that money will be going to offshore websites and criminal organizations,” Saskatchewan Conservative MP Kevin Waugh said during a recent parliamentary debate.

Waugh has sponsored a private member’s bill known as Bill C-218, which seeks to amend a section of the Criminal Code that outlaws betting on single sports events. Private members’ bills hardly ever get passed into law, but Waugh’s bill has support across the political divide.

Prior to the Super Bowl final, Waugh had described the game as “the biggest betting day in this country, and we are missing out (on) millions of dollars for our communities.”

Bill C-218 has passed through the Canadian House of Commons, raising hope that single event sports betting could soon become legal in Canada.

On the other hand, the Liberal government is also sponsoring its own law, Bill C-13, which also seeks to legalize single event sports betting. However, the government has been accused of dragging its feet when it comes to this bill.

Currently, Canadian law prohibits single event sports betting in favor of “accumulators” or “parlays,” where players have to gamble on at least two sporting events. The idea behind this is to assuage concerns about match fixing. But critics argue that this makes gambling on sports unattractive.

Some provinces are already frustrated at the slow pace with which Canada is moving towards outlawing single event sports betting.

Ahead of the Super Bowl final, the British Columbia Lottery Corp. (BCLC) had strongly advocated for single event sports betting.

“Our players have wanted single-event sports betting for a long time. For example, this weekend is the Super Bowl, and our players want to be able to simply bet on the winner, which they are unable to do under the current legislation,” BCLC director of iGaming, Stewart Groumoutis, said.

The issue of single event sports betting is particularly a sensitive one for the BCLC, as players have the option of taking a short drive across the border to Washington state where they can gamble on games like the Super Bowl. This means BCLC is losing money that it could easily have kept within Canada’s borders.

Canadian Gaming Association president and CEO Paul Burns estimates that Canada may have lost as much as $150 million by continuing to have single-event sports betting outlawed.

“It’s significant money. Others will benefit from it again this year, and that’s unfortunate,” said Burns.

BCLC estimates that the legalization of single-event sports gaming could generate an estimated $125 million to $175 million in extra revenue.

However, Burns is optimistic that single-event sports betting will soon be allowed in Canada.

“I fully expect that we could be within a very short number of months from the legislation passing and single sports betting being offered. If not weeks, in some cases,” he said.

The potential benefits of legalizing single-event sports betting are huge for Canada.

Score Media and Gaming estimates that the market potential for online gaming in Canada is between $3.8 billion and $5.4 billion in annual gross gaming revenue.

“Ontario alone is a huge market with a population larger than all but four U.S. states. It is now clear that there is cross-party support and strong momentum to amend Canada's outdated federal laws, and enable a legal sports betting market to flourish,” said John Levy, Score Media’s CEO.

Ontario has already made its intentions clear. The province will soon end the provincial government’s iGaming monopoly and allow private players.