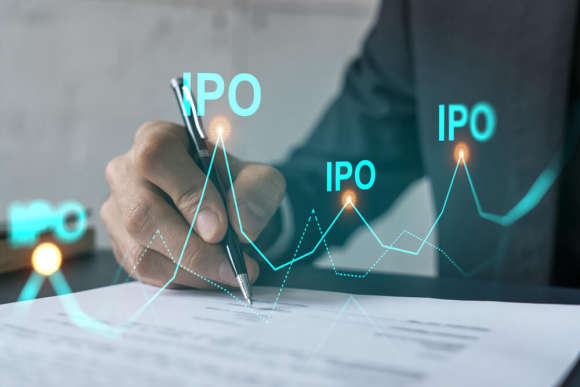 As far as Canadian gaming, betting and sports wagering empires go, it doesn’t get any bigger than Score Media and Gaming. To epitomize its giant status, Score Media and Gaming filed its US IPO worth a cool $183 million. Now that Score Media has filed for the US IPO, it is currently waiting for the SEC to raise the full anticipated value through the IPO.

The brand is hoping to raise the value by offering a total of 4 million shares each priced at $36.52 per share, which is the last share price listed on the Toronto Stock Exchange. If everything goes as planned, Score Media and Gaming could raise the market value to at least $1.8 billion.

Why would a Canadian sports media company want to join the US market?

As mentioned above, ever since the Supreme Court legalized sports betting in the US 4 years ago, the market has seen an upward trajectory month after month. The global pandemic may have put a damper on brick and mortar operations in 2020, but that did not stop the sports betting market from not just surviving but thriving.

Don’t believe it? The numbers speak for themselves. By December 2020, American punters had legally wagered an estimated $4billion on sports wagers according to statistics provided by the American Gaming Association.

Revenue from sports betting nationwide has been up by more than 50% year over year to reach an estimated US$300million. In December alone, New Jersey, which currently stands as the most vibrant of all the states, set a national sports wagering record for the 5th consecutive time, generating a mouthwatering US$996.3 million in total bets.

As one can expect, the cancelation of the international sporting calendar meant that revenue was generally down for the wider selection of the gaming industry- specifically for many brick and mortar operations. The first 6 states to legalize sports betting after it was first legalized, namely, Colorado, South Dakota, Pennsylvania, Ohio, Iowa, and of course New Jersey, have consistently performed well month after month and this isn’t going to change anytime soon.

This success all stems from the end of the Professional and Amateur Sports Protection Act (PASPA) which refers to the law that was repealed by the Supreme Court to pave way for legal sports betting in the country. Canada is currently following a similar path with its Bill C-218, which hopes to make single-event sports betting legal in most of the Canadian provinces.

By the end of last year, a total of 20 US states had already legalized sports wagering with additional states looking to legalize the industry this year. According to industry experts, 80% of all US states will have some form of regulated sports betting on offer for their residents within 5 years or so.

Because the market is booming and continues to grow daily, big-league franchises and sports operators like Score Media have been joining the lucrative market in their numbers. Most operator’s eager to tap into the fresh streams of revenue available in the US market join the US market via New Jersey before proceeding to make their services available in other states.

Giant media company Score Media and Gaming is thus looking to take advantage of the large and growing opportunities offered by domestic sports wagering. By 2024, the sports wagering market in America is expected to grow to a $6.2 billion industry and Score Media is seeking to be exposed to as many growth opportunities as possible within this timeframe.

Does the Score have any chances of succeeding in the US market?

The Score is a well-known name in Canadian gambling circles and it shouldn’t have a hard time finding its place in the US market. The Score Media and Gaming specializes in both general media and sports betting. The Score Media was one of the first Canadian companies to expand its footprint into the US last year.

Its Score Digital Sports Ventures unit, also commonly known as theScore Bet struck up a partnership with Twin River Worldwide Holdings to run an online casino in the state of New Jersey. The Score’s deal with Twin Rivers is scheduled to last a total of 10 years although both parties can renew the deal when this period lapses. Apart from being available in the burgeoning New Jersey market, theScore is also available in Colorado and Indiana.

Thanks to its partnership with Twin River theScore’s online casino will soon be available in New Jersey sometime this year. However, the company is still awaiting the necessary licensing and regulatory approvals from the New Jersey Division of Gaming Enforcement. Twin River Holdings also has to finalize its acquisition of Bally's Atlantic City Hotel & Casino before everything can move forward.

The addition of an online casino product to its already wide-ranging selection will allow the Score to broaden its reach all while strengthening its portfolio of assets. As theScore proceeds with expansion plans in the US, it is also simultaneously preparing for the amazing opportunities on the horizon in the Canadian betting market.

Canada is on the verge of enjoying a fully legalized and regulated sports wagering and iGaming market. And because theScore’s popularity in Canada is still unmatched, the Score is looking at what will be one of its most profitable seasons yet.