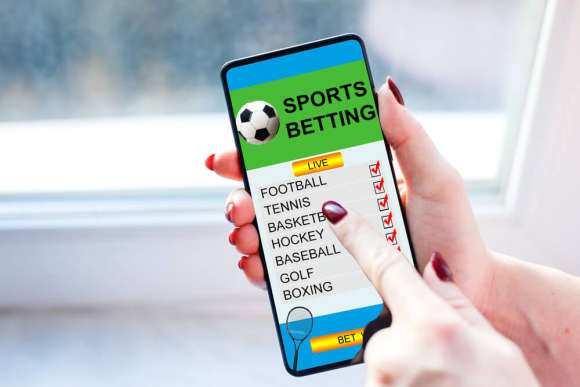 The public's will to legalize single-event sports betting in the Canadian provinces has always been there. However, it is only now gaining momentum in political avenues, much to the delight of Canadian punters everywhere. If things go according to plan, Canadians could start enjoying single-event sports wagering before the end of the year.

Canadians have always enjoyed legal sports betting. However, the only form of wagering that’s ever been allowed are parlay bets. But this is all going to change soon and bettors have Bill C-218 to thank for that. Bill-c-218, also referred to as the Safe and Regulated Sports Betting Act, has been receiving overwhelming support from politicians, which signals a great start for the legalization process.

More specifically, the House of Commons all voted unanimously in support of the Safe and Regulated Sports Betting Act recently. As a result, Bill-C-218 is now in the last stages of hearings with the Justice Committee. The next step will involve a 3rd reading in the House of Commons, then the Senate before finally making its way to the Governor-General where it will receive Royal Assent.

Stakeholders that have been at the forefront of having single-event sports wagering legalized including Score Media and Gaming Inc., Bragg Gaming Group, as well as Alberta Gaming, Liquor, and Cannabis have all applauded this move. Indeed, these changes in the laws are exactly what is needed for the country to move towards a more updated sports wagering framework.

It has been a long process

Canadian punters should not take for granted the ease with which these proceedings are going. That’s because Canadian legislatures have tried twice before to legalize single-event sports betting unsuccessfully. At the beginning of this process, 2 bills were being debated in the legislative sessions.

Apart from Bill C-218, there was also another similar bill, Bill-C-13 that also proposed to decriminalize single-event sports betting in the country. The only glaring difference between the 2 bills is that bill C-13 specifically excluded horse racing, which has always been under the watchful eye of the Canadian Pari-Mutuel Agency.

At first, there was a lot of confusion as to how these 2 similar but very different bills would co-exist in the same legislative process. Thankfully, however, Bill c-13 was removed from consideration by the speaker, which now makes Bill C-218 the only one to watch. Now that bill-c-218 has successfully made it through the Second Reading, the Justice Committee only needs to give their go-ahead.

Punters that are following the proceeding closely should know that even though the progress has been swift so far, Bill C-218 is still likely going to face some opposition before it makes it to the Governor-General. In particular, the horse racing community will fight to have amendments made to the bill.

The good news is that there will be a further opportunity for more debate when bill C-218 comes back to the House of Commons before the final form of the bill is drawn. If any amendments are done, they will most probably be done during the committee stages. All written submissions on Bill C-218 were to be made before March 11th, 2021 while the deadline for the proposed amendments has been marked as March 23rd, 2021.

If everything goes smoothly and C-218 becomes enacted in the current legislative session, the next phase will involve the provincial regulators. They are the ones that will be charged with the responsibility of implementing and regulating single-event sports wagering .

Is all this really necessary?

Absolutely! As mentioned earlier, legislatures have tried twice before to have single-event sports betting legalized in the country. However, this is the furthest the process has ever gotten; which is a positive sign and something to marvel at.

The country is in dire need of funds, which have mostly been depleted as a result of the pandemic. As such, government officials are hoping that single-event sports betting will be the thing that makes a difference in the state’s cash reserves. These funds are needed not only to ensure that the current vaccination process continues to take off without any more problems but also for recovery once the pandemic has been eradicated.

Single event sports betting has the potential to generate billions of dollars within a short time-frame, and not a whole lot of work needs to be done to make this happen. That’s because Canada has enjoyed sports betting for a few decades now and the market is already receptive to a better, more improved system.

Thousands of tax dollars leave the country daily because Canadian punters would much rather try single-event sports betting with offshore and unlicensed casinos. Indeed, experts estimate that Canada loses as much as $14 billion to offshore betting sites. If it has any chance of ensuring that the $14 billion stays at home, then the decriminalization of single-event sports betting must be a top priority for legislators.

More important than anything, legalizing single events sports betting is the best thing that authorities can do to safeguard the country’s punters. Most of these offshore sites, especially the black ones, do nothing to ensure player safety or fairness. So a regulated environment is exactly what is needed for bettors to have more variety while safeguarding their safety and wellbeing.

It has definitely been a long road but Bill C-218 seems to be getting the support it deserves. Legalizing single-event sports betting will give bettors a wider range of options. And if the country allows independent operators to enter the market, the job and investment opportunities will also shoot the roof. All in all, the support that Bill C-218 has received has been tremendous, which is truly a sign of remarkable things to come.