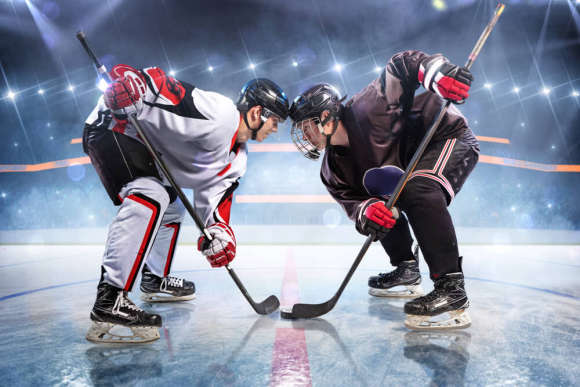 Canadian NHL Teams Might Have to Play in the United States

Canadian NHL Teams Might Have to Play in the United States

The NHL season was scheduled to start at some point in mid-January and conclude in mid-July. However, the pandemic has been making it extremely difficult to pull things off without a hitch. The NHL was hoping that its plan to play a 56 game season would take place smoothly, with teams playing in their arenas.

Under this plan, the 56 game season would include divisional realignments without the participation of American teams. The division would only have featured an all Canadian division because of the border challenges existing between the U.S.-Canada. However, it appears that things have changed entirely with NHL teams being forced to play the entire season in the US.

The NHL isn’t the only team that’s been forced to play its entire season in the United States. Like the NHL, the Toronto Blue Jays, and all 3 Major League Soccer teams were forced to hold all their home games in the States in Hartford, Connecticut. The Raptors have also been finishing out their season in Tampa.

Even though the NHL would have preferred to have all 7 of its teams based at home, this plan did not meet the approval it needed from authorities in Quebec, Ontario, Manitoba, Alberta, and British Columbia. Unlike the league, the government did not approve the 56 games regular season because they deemed it unfeasible. Instead, the government was recommending that the NHL plays in a bubble-like setup that was used in the summer.

At a period during which pandemic infection cases are still rising across the various provinces, the provincial health authorities are believed to have opposed the regular season setup due to a lack of adequate planning. Should the NHL and the government fail to get their affairs in order, it appears that the games will have to be played in the United States until further notice.

That means that the Montreal Canadiens, the Calgary Flames, Ottawa Senators, Toronto Maple Leafs, Vancouver Canucks, Edmonton Oilers, and Winnipeg Jets will all have to contend with the season being held away from home.

It’s not exactly where each of these teams will be placed. However, it is clear that the NHL, as well as the players’ association, will have to band together to make this a reality. Some of the states that have been proposed as hosts for these NHL teams include Kansas City, Milwaukee, Austin, and Orlando although nothing has been set in stone yet.

If the season is successfully held south of the border, the season will have to be much shorter than 56 games. Of course, once this happens, the division will no longer be all-Canadian as previously planned, which would effectively eliminate the need for realignment.

The good news is that wherever the NHL opts to play its games, whether, in the country or the US, the season will be jam-packed with action. The repeated matchups between the teams alone are enough to get NHL supporters and sports lovers excited.

The Edmonton Oilers and Calgary Flames’ fierce rivalry, otherwise known as “The Battle of Alberta” would have played out over the course of 56 games had the NHL’s plan worked. The Toronto Maple Leafs and Winnipeg Jets are also expected to put up a good show for sports lovers across the world. Even with no fans present, the NHL season in 2021 is going to be an exciting one.

Things are already off to a great start as the Canadian government has already approved the NHL training camps to start. All the 5 provinces that boast NHL franchises will however have to give their approval for any games that take place between the teams during the regular season.

Alberta was the first province to approve for NHL games to be played in its arenas, including Edmonton and Calgary. The Manitoba government, on the other hand, was wary about hosting games in Winnipeg but it seems to have warmed up to the idea. The plan is for all 7 of the Canadian markets, that is, Montreal, Winnipeg, Edmonton, Toronto, Ottawa, Calgary, Vancouver to take part.

The idea is for the teams to play each other only during the regular season and during the 1t 2 rounds of the playoffs. If this is made a reality, no one will have to make the daunting U.S.-Canada border cross, which would have been difficult given the state of non-essential travel in the country.

Once the teams were approved to start the training camps, Ottawa Senators became one of the 7 clubs out of the 31 team league to start its training. The only professional sports teams in the country that have been able to play on home soil during the pandemic have been the 6 NHL clubs that qualified for the 019-20 post-season in Toronto and Edmonton and 3 MLS teams namely the Toronto FC, the Montreal Impact, as well as the Vancouver Whitecaps. The first matchup is expected to be between the Pittsburgh Penguins and the Philadelphia Flyers.

Had the NHL planned its 56 game season successfully, the 7 Canadian teams would only have had to compete against each other, thus reducing the need to cross borders. However, the government has not been too keen on this idea with infection cases still soaring across the provinces.

And since all the 7 teams stretch across most of the country, the amount of traveling that would have to be done to traverse each of the provinces that house the NHL teams would be too risky for all parties involved. It is because of this reason that it makes sense for the NHL teams to play in America, where it will be so much easier to stick to a bubble.