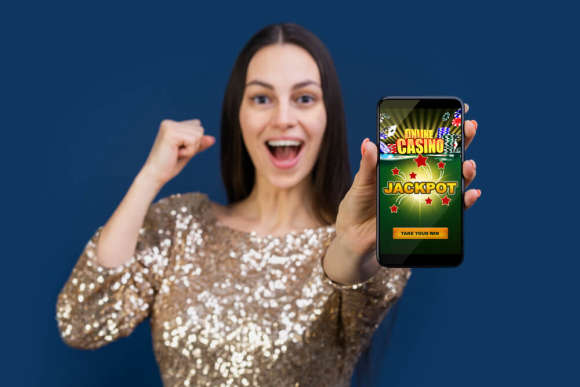 The playground has endured a particularly challenging year, as have most other live venues across the country, thanks to the ongoing pandemic. Playground’s live poker venues have been closed off to the public temporarily as part of the government’s measure to protect the public and keep them safe from new variants.

Playground enjoys a license from the Kahnawake Gaming Commission. However, it has been forced to keep its venues closed since March 2020. Playground was allowed to reopen for casino games temporarily but live poker has remained missing in action for more than 500 days, which has certainly made it hard for Playground to keep its head above murky waters.

This new live poker partnership with GGPoker couldn’t have come at a better time as the community of Kahnawake remains firmly opposed to the new legal single-event sports betting environment that is about to engulf the Canadian sports betting market. According to the Mohawk Council of Kahnawake, Bill C-218 poses a great danger to the economic future of the indigenous community that is situated along Montreal's South Shore.

The community also claims that legalizing single-event wagering will likely lead to potential match-fixing scandals. Bill C-218 has received unanimous support from other parts of the country and now that it is awaiting Royal Assent, it means that the governing body of a province or any entity licensed by the council of that province can conduct and manage a lottery scheme within the province that consists on wagering on a race other than horse races, a fight, or on single sporting events and athletic contests.

Until the advent of single sport events, Canada relied on a parlay system of placing wagers. At present, the only bodies that are permitted to legally administer lotteries and gaming in the country are the provinces and territories, single match and in-game betting have always been illegal in the region but sports betting has always been a mainstay.

Kahnawake has been controlling its gaming industry since 1996 and has developed a robust online gaming economy via its Mohawk online platform. It is this platform that has been in charge of sports wagering, casino, as well as poker games for the past 6 years. If the community eventually grows to embrace single event bets, it stands to benefit tremendously during these challenging financial times that have been created by the pandemic.

The popular Mohawk Online platform has been able to keep operating despite the setbacks that have severely affected brick and mortar casinos businesses. Thanks to the online platform, the Mohawk community has managed to successfully generate millions of dollars for the locals and even funded programs and initiatives designed to uplift the community. In addition to this, the platform has also worked to provide pandemic relief cheques to community members that have lost their jobs. Single event betting will only allow the commission to help the community further.

Meanwhile the first half of GGPoker’s WSOP 2021 finishes

The international leg of this year’s World Series of Poker Online Bracelet Events has been unfolding on GGPoker as the tournament continues to draw record numbers. Through the first 17 tournaments, GGPoker has awarded more than $38 million in prize money. Even though the first half of the series has already been concluded, GGPoker continues to attract a large turnout.

Of the 5 titles that have already been concluded, players from Brazil have emerged on top with 14 top 3 positions in total. Hot on Brazil’s heels are Chania, Russia, and Poland, which stands as the only South American country to celebrate several gold bracelet winners. GGPoker’s WSOP online bracelet series started on the same day as the already concluded WSOP version that was held in New Jersey and Nevada.

Despite the many restrictions that exist on international travel owing to the contagion, the WSOP 2021 Main Event appears to be in full swing. For the first time in years, an international operator besides 888Poker has been charged with the duty of sending poker players to the most iconic poker event this year in November. Thanks to GGPoker’s extended partnership with the World Series of Poker, GGPoker has been offering numerous packages in what has been touted as the Road to Vegas 2021.

The International online bracelet series is giving participants packages worth $12,500 that consist of the Main Event entry, accommodation at the Rio All-suite for 7 nights, and more cool gifts and perks. The international series kicked off at the beginning of August and has already awarded 50 poker players with packages and guaranteed seats to the WSOP Main Event valued at $10,000.

In-person WSOP is not expected to start until much later in the fall where a total of 88 gold bracelet events are expected to be held in the period between September 30th and November 23rd.  Both GGPoker and WSOP poker rooms in Pennsylvania, New Jersey, as well as Nevada have been running Main Event satellites each Sunday as the Road to Vegas progresses.

Although this year’s tournament is much smaller than last year’s iteration, the numbers have still been promising. Keep in mind that the spike that was experienced last year was during the summer at a time when most of the globe was locked into their homes, thus resulting in the massive online poker growth that was experienced in almost every part of the world.