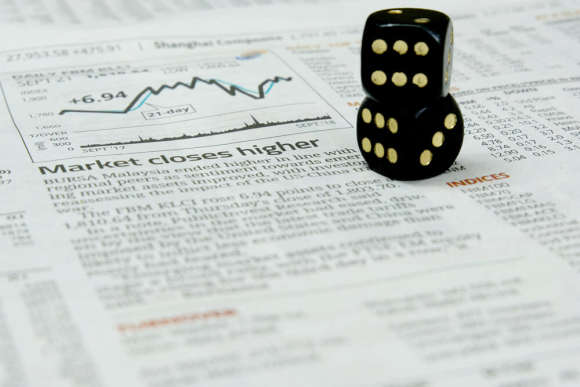 A study of the Canadian gambling market revealed that revenue for the had declined over the five years to 2020 due to overall reduced demand for gambling. Using those statistics, the report projected that due to the COVID-19 pandemic, revenue was likely to decline further.

This made sense, of course. The COVID-19 pandemic had seen a number of land-based casinos being shuttered for months, with many gambling companies seeking bailouts. Where casinos re-opened, they had to limit the number of players and stick with government-prescribed social distancing protocols.

While the re-opening of casinos was a god-send for land-based casinos, it was evident that they would not make the revenues they made before the pandemic. So it made sense to project that revenue from revenue was likely to continue to decline due to the COVID-19 pandemic.

Because players cannot go out to play in land-based casinos, iGaming became an attractive prospect for many players.

One of the drivers of the growth of the online casino gambling industry is that there has been a noticeable change in attitudes in terms of regulating the industry.

Ontario is set to end the Ontario Lottery and Gaming Corportation’s monopoly in online gaming, opening up the industry to more players.

Bragg Gaming Group thinks that could be the launchpad for online gambling to take off in a country where the industry has been operating in a bit of a legal grey zone.

“Ontario legalizing online betting could also spur other Canadian provinces to follow suit, providing an even bigger opportunity for companies like Bragg Gaming Group to gain first-mover advantage in the country's largest market. From there, it will be easy to expand into new Canadian markets as they open up. The Canadian Federal government has already proposed nation-wide legalization of single-event sports betting, adding to the Canadian opportunity,” the Bragg Gaming Group said in a statement.

Analyst James Kilby believes legal online gambling would be about a $547 million market in Ontario even without single-game sports betting or $1.47 billion with it. And with such figures, it is quite clear why the Conservative government is pushing to legalize online gambling.

It is reported that Canada is among the top-ranked nations for online gaming, with the industry expected to keep growing right through 2025. Canada’s online gambling market is estimated to be worth $30 billion per year, but this money often goes offshore as online gambling casinos are not regulated in Canada, with regulations left to provinces.

If more provinces were to follow the example of Ontario and Alberta, then most of this money will remain in Canada.

Just to give an illustration of the type of growth that the industry is primed for, Canadian gaming technology company FansUnite Entertainment Inc. announced that it saw a record month last October, with a 433 percent increase in revenue over October 2019. The company has since become a member of the Canadian Gaming Association.

Mobile gambling on the rise

Other factors that will drive the growth of iGaming include high-speed internet, which allows players ease of access in using, particularly their mobile phones in gambling.

The United States Gambling Research Institute points out that there has been progressive in mobile gambling in Canada. “As all modern virtual casinos run flawlessly on any kind of smartphone, players often pick this option as their usual one, giving themselves the possibility to stay tuned to the staking community on the go and at any given moment,” the institution says.

The Yucatan Times reported that the number of people accessing mobile games has risen in 2020 by 2 percent in players from the United States and Canada.

“But it’s not just about the number of players. While 2 percent is a relatively modest figure, revenues in the same period rose by an impressive 24 percent. This means that each individual player has significantly upped their spending. Players are less hesitant to whip out their credit or debit cards and are no longer afraid of spending online. This is a big step for online casinos, as many customers belong to a demographic where spending online is often deemed potentially dangerous due to fraud concerns,” the website reported.

Another factor is that Canadian online casinos offer a wide range of real money online casino games and the software providers who design the games you play to device compatibility and banking methods, online casino gaming is flourishing with activities. You have many gaming options to choose from, and regardless of your preference, you will find multiple games that appeal to your iGaming needs, Toronto Times reported.

With the online casino industry set for growth in Canada, operators there hope they can challenge American internet gambling companies for market share.