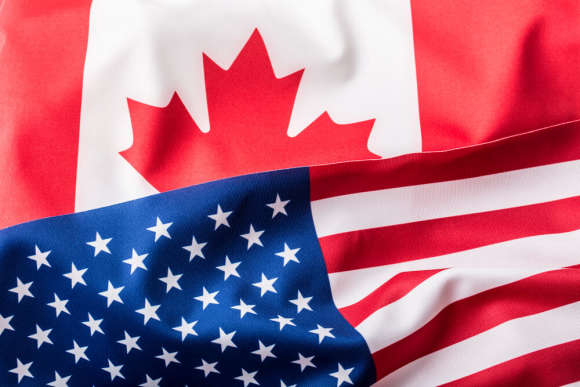 Canada vs. US: Gambling Laws at a Glance

Canada vs. US: Gambling Laws at a Glance

Gambling has not always been legal in the U.S., with the Federal Wire Act of 1961 outlawing the practice across much of the country. The Montreal Times reports that some states began coming up with their own laws, with Iowa, Louisiana and Illinois legalising casinos on riverboats. On the other hand, in Canada the turning point was in the 1970s, which saw a reformation of the criminal code which meant that provinces throughout the country were able to govern themselves in terms of gambling laws and to determine what was permitted.

A key difference is taxation laws in the two countries. In Canada, authorities do not tax any gambling profits either online or in brick and mortar buildings. In a nutshell, in Canada, all one has to do is show that they won their earnings from gambling rather than from office work, employment, or property and they are exempt from paying taxes. Betting and gambling are not treated like trade or business activity.

In the U.S., on the other hand, one can expect to pay taxes ranging from 24 percent to 30 percent. The Novinite website explains that the amount of due in taxes varies depending on the amount won, the nature of the game being played, and whether one is a U.S. citizen or a foreign tourist. Probably in an effort to simplify things, brick and mortar casinos withhold what is due to the tax collector, with the winner being given a form to fill in.

The Fairtax website explained the taxation difference: “Under U.S. law, gambling winnings of U.S. persons over $1,200 excluding winnings on blackjack, baccarat, craps, roulette, and the big-6 wheel are considered taxable income. Whereas for non-resident aliens including Canadians, their gambling winnings are subject to 30 percent withholding of the total win at source. For example if you win $1,600, you’ll be walking out with only $1,120.”

Canada presents an interesting scenario when it comes to online gambling. Canadian citizens are by law not allowed to operate casinos. However, Canadians are not prohibited from gambling online or using offshore casinos.

While state governments are allowed to run lotteries, in Canada, they are not allowed to sanction wagers on single sporting events. But there is a belief that this is about to change and Canada may now look into allowing online betting on its shores.

A 2015-2016 report by the Working Group on Online Gambling, created by Quebec’s former Minister of Finance Raymond Bachand and chaired by Louise Nadeau recommended taking the necessary steps to amend the Criminal Code to enable Canadian provinces to issue online gambling licences to private operators. In addition, the report also recommended exploring the possibility of offering the games of private operators to online gamblers exclusively through a government website/portal.

In a market commentary, the FN Media group noted that in Canada “attitudes are shifting on sports betting, in particular single-event wagers.”

Rob Godfrey, a board member at Bragg Gaming, called for changes to the laws, saying the “reality is that many Canadians are already placing single-event bets today, but through illegal black-market channels that make them vulnerable. This proposed legislation will move a significant portion of these activities to a safer, more regulated environment that better protects Canadians’ interests while also ensuring a level playing field for Canadian operators.”

Casino operators north of the border think that the current laws make it harder for Canadian casinos to compete with their U.S. counterparts.

Just like Canada, U.S. citizens can access offshore casinos, but the key difference is that in the U.S. laws may vary from state to state.

In some states, for instance, citizens may find it more difficult to access any form of online gambling by restricting payments, in line with the 2006 Unlawful Internet Gambling Act.

Initially,  that law was made to ban payments on all methods of online gambling. However, this law was then clarified by the Justice Department in 2011 to only be relevant to betting on sporting events. The implications of these laws mean that some players can find it difficult when trying to use many payment methods on online casinos. Overall, the UIGEA makes state-to-state jurisdiction of online gambling in the USA somewhat muddy water and inconvenient for players, it was reported.

What the future holds

Earnings for brick and mortar casinos in both the U.S. and Canada took a hit due to the raging coronavirus pandemic and this may trigger changes in regulations and attitudes. For example,  Atlantic City’s nine casino operators reported a $89 million drop in profits in the third quarter of last year. To offset such losses in future, New Jersey gaming regulators are embracing online gaming to help offset the tax revenue losses from land-based casinos.

For the moment, Canadian gamblers have more freedom because the laws allow them to operate freer than people in the U.S. This may change, however, as individual states in the U.S. seek more ways to increase revenue in the wake of the coronavirus pandemic. Online poker, among other games, has gained popularity over the past years and are likely to drive the growth of online gambling in the U.S.

Casinos have also introduced first deposit bonuses, a plan they use to attract and welcome new players, offering big bonuses for the first time players make a deposit.