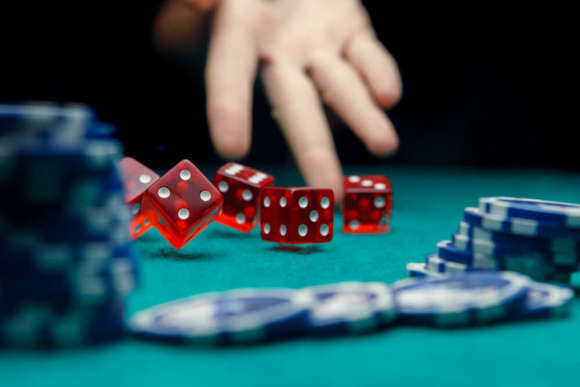 Canada Is About to Dramatically Change the Gambling Landscape

Canada Is About to Dramatically Change the Gambling Landscape

Canadian punters are expecting some considerable changes. Thanks to the recently introduced Bill c-218, Canada’s and Ontario’s gambling markets could change for the better. Bill c-218, which was introduced by the federal government is looking to decriminalize single-event sports betting in the country.

To add to the changes that are coming to the single event sports wagering market, the Ontario government has also taken major steps to expand upon its plan to establish a modernized online market for iGaming in the province. Hopefully, once Ontario legalizes its iGaming market, other provinces in the country should soon follow.

Combined, these new changes will help to mark a considerable shift in the gaming landscape in the country, especially as it relates to online gambling. Bill C-218 has received tremendous support from both the players in the gambling field as well as legislators and government officials.  Professional sports leagues in the country have also voiced support for these major reforms.

Although the legislative process is still in its early stages, the progress that has been made so far has been inspiring and positive. Hopefully, punters in the country should start enjoying single event wagering before the end of the year.

What has the framework been?

The gaming framework in the country is established at both the provincial and federal levels of government. At the federal level, it is the Criminal Code that determines which types of casino gaming are permitted and who should engage in the products offered. Overall, the code restricts gambling and gambling-related activities such as iGaming, with a few minor exceptions.

That’s why most provinces in the country now offer punters some type of digital gaming platform. However, unlike in America, most of the digital platforms available in Canada are run directly by the various provincial lottery corporations and not by 3rd party providers that have licenses as is the case in many American states.

The array of products available at these provincial platforms will vary from one province to the next. And while the provinces have done their best to provide a broad range of offerings, many punters remain unsatisfied. This explains why most Canadians would much rather gamble through different offshore, unlicensed private online casinos that offer more variety.

For this reason, the provinces have been losing an estimated C$4-billion every year to these grey markets. With these new amendments, the provinces are hoping to keep these funds at home by making single-event sports betting and iGaming products such as video poker legal for all.

What changes are being proposed in Ontario?

Ontario has already introduced legislation to set up an online market for iGaming. Ontario plans to offer a regulated market that is both competitive and designed to protect gamblers from issues such as problem gambling. To bring this vision to life, the Ontario provincial government has already introduced legislation giving the Alcohol and Gaming Commission of Ontario (AGCO) which is the principal regulator of legal gaming in the province, power to conduct and manage online gaming and any other offerings available.

If everything pans out as planned, the AGCO will be responsible for maintaining the relationship between the government and any private online gaming operators that may want to join the space. While the exact details are yet to be finalized, welcoming 3rd party providers into the online space in Canada will go a long way in providing Canadian punters with the variety of online games that they so crave.

What about single-event sports betting in the country?

The parlay system of betting was the only one allowed in Canada for years. Authorities and legislators have attempted to expand sports betting legislation twice before. However, it is only now that progress is being made.

The country’s ban on single-event wagering has stymied progress in the sports betting market for decades. For this reason, the Canadian sports gambling market has been unable to compete with its more vibrant counterparts across the pond in the US.

The grey market in Canada is represented by offshore betting companies such as bet365 and others. These grey markets offer Canadian punters a lot more diversity in terms of betting markets and the products available. Most offshore operators are reliable, have been tried and tested, and have been in the business for years, which explains why punters trust them.

On the other hand, though, Canadian punters have also been exposed to the black market, unregulated bookies most of whom are backed by various organized crime units. If the Canadian authorities have any hopes of rooting out these unlicensed operators, the best thing that they can do is to legalize single-event sports betting.

Successive Canadian governments have in the past resisted any attempts to repeal the ban on single-event betting. However, attitudes seem to finally be changing in the wake of the pandemic. The outbreak has devastated the provincial government’s budgets and many are looking for solutions that will see state reserves filled up once again.

Legalizing single-event sports wagering will give Canadian provinces the funds they need to start their recovery efforts. A regulated sports wagering market is also what the provinces need to enhance player protections that will see all Canadian punters protected from exploitation or harm. The process of legalizing single events betting is already underway and will soon amend the legislation that will open up the doors for a more modernized industry.