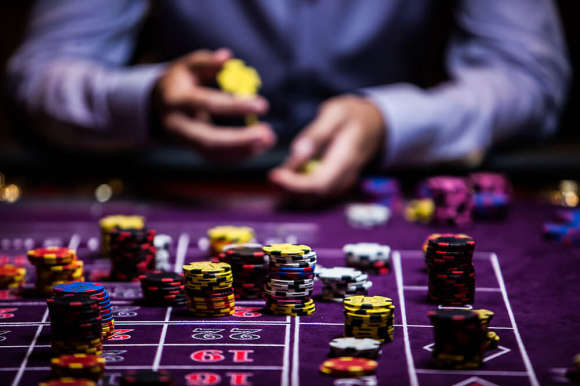 After almost a year of remaining closed to the public, British Colombia has finally reopened casinos, bars, as well as its nightclubs. Canada’s westernmost province has kept these areas cordoned off from the public to limit the spread of the contagion. That means that gambling venues, bingo halls and brick and mortar casinos that have remained unoperational are now allowed to welcome guests back on the floor.

Authorities have been gradually lifting restrictions since the vaccination process commenced and now, they are allowed to operate at full capacity. This news could not come at a better time now that online casinos and sports betting are receiving a world of support from advocates, the authorities and experts alike. Regulators and health authorities have been struggling to reintroduce gambling business back into the swing of things with the health crisis still enduring.

But now that they are allowed to operate fully again, retail casinos will be looking to make the most out of things. Throughout the period in which they have remained closed off to the public, brick and mortar casinos have been incurring expenses from not just failing to generate profits for more than a year but also thanks to the ad hoc precautionary measures that these locations have been forced to adapt to.

Apart from brick and mortar casinos, bars and nightclubs, which remained closed have also since been allowed to resume operations. The businesses still have to maintain social distancing measures and operate under limited capacity limits. Casino floors have reduced their seating as well as removed the number of slot machines available to make way for distancing.

Preparing for re-opening has not been a cheap affair for these brick and mortar locations. In some spaced, rearranging the gaming floors is costing casino owners an upwards of $2 million. Add to that the upgraded ventilation systems that are designed to keep air fresh and purified and we are talking 3-4 million in renovation expenses.

So which properties have been opened?

Following the announcement that BC would open its nightclubs, bars and casino floors, multiple properties have since welcomed guests. Great Canadian Gaming already has its Halifax and Sydney properties up and running with 9 more venues following suite. This is a momentous development operators look to recover from the effects of the ongoing pandemic.

The reopening news could not have come at a better time as singe event wagering receives the Royal Assent needed to make it law. In June, the senate unanimously approved Bill c-218 which has allowed single event wagering on sports events to be ratified. As a result of this, punters can place bets in their favorite sporting events such as the Super Bowl both online and at retail venues.

Even though the Bill has been ratified, it is still not clear when the law will be implemented. The authorities, though, are hoping to start offering single event sports betting before the end of the year. Now that the Bill has been legalized, sports betting fans can start looking forward to placing their wagers in home soil rather than having to turn to offshore betting sites and illegal black-market online casinos. This new sports betting environment will go a long way in helping to create a safer environment for punters in BC and the rest of the country.

With a projected $100 million leaving the borders of Atlantic Canada for offshore gambling sites, several Atlantic provinces are legalizing iGaming and opening themselves up for online casinos. Case in Points, Nova Scotia has been hosting online casino games since spring in an effort to boost the province’s ailing finances while liberalizing a market that has long been dominated by offshore bookies.

The Atlantic Lottery Corporation has been experiencing phenomenal results and great success since it launched its New Brunswick website last year. The Atlantic provinces followed suit after the Atlantic Corp gave the green light to roll out its online product. Ontario, on the other hand, is looking to launch a new online market for wagering and placing single event sports bets by December.

Specifically, Proline, which refers to the sports betting option that is offered by the Ontario Lottery and Gaming Corporation (OLG) is already looking to set up single event betting across the province. The sports betting site will be referred to as Proline+ and will offer customers online wagering and live betting, both of which have been banned in Ontario for decades.

This new law allows provinces to establish rules for new types of sports wagering done both online and in brick and mortar facilities. This new law is expected to open up a lucrative new stream of revenues of local governments through the taxation of formerly unexploited betting markets.

Millions of dollars have been leaving the provinces as a result of offshore gambling, which is currently not blocked, monitored or controlled by any authority in the country. These many phantom offshore betting sites have been a real issue for the government since the advent of online betting in Canada. Having a regulated place where punters can turn to when they need to gamble is just about the best thing that the authorities could have done.

Single event sports betting is expected to be made official on August 27th. Even though the bill to reform the criminal code with respect to sports wagering was passed in February and approved in the Senate this June, it is still awaiting a decision from the federal cabinet as to when it will come into full force.