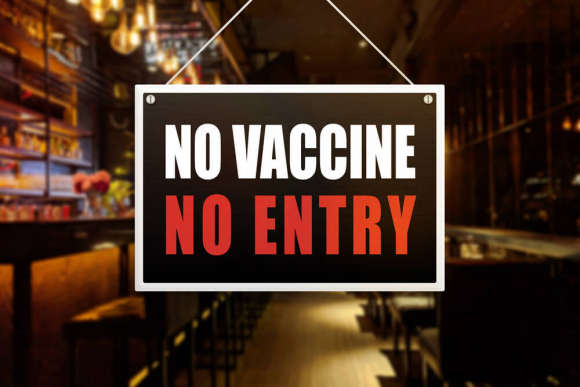 British Colombia is now requiring proof of vaccination before being permitted entry into brick and mortar casinos and other public venues. Anyone in the pacific province looking to attend social events or go to publicly shared spaces will be required to have proof of at least one dose of the vaccination. The vaccine mandate has been in effect since September 13th.

Over the last couple of weeks, caseloads have climbed radically in the province, which has prompted officials to come up with the vaccine mandate. The sharp rise in the number of affected individuals has occurred even as data from the country’s tracker shows that more than 76% of residents aged 12 and older have now been fully vaccinated.

In regions where the rate of infection transmission is high, people will have to show proof that they have been fully vaccinated before gaining entry. Premier John Horgan has called upon all individuals that are eligible to receive the vaccine to show up as the province attempts to stop the spread and protect even more individuals from falling sick.

British Colombia is now the third province to require individuals to have proof of vaccination. Quebec announced plans to require individuals to have a vaccine certificate Starting September 1st. The certificate in Quebec covers all non-essential services apart from retail. Manitoba has also been utilizing proof of immunization via QR codes for events such as ongoing Canadian Football league games.

Residents will apply for the certificate through a secure web link that has been available since September 13th. Individuals can save the certificate on their phones so that they can show it with ease whenever they are accessing designated events and areas. This new rule does not apply to religious gatherings held indoors or to retail and grocery stores.

It also exempts healthcare services from this certificate rule. The government intends to reassess the vaccine rules come January 2022. The rules are temporary as the province looks for ways to contain the rate of infections from going out of control. According to government officials, the spike in new cases has been driven almost exclusively by the unvaccinated.

What about a vaccine mandate for acute healthcare workers?

Although the vaccine certificate is now required for most individuals, the provincial health officer is yet to formalize an order around the vaccination of acute healthcare workers in the province. Not too long ago, provincial health officer Dr. Bonnie Henry announced that an order would be put requiring all healthcare workers operating in acute settings such as hospitals and community care centers to be immunized by October 26th.

The provincial commissioner then proceeded to state that if those workers had not received their full doses by October 26th, then they would not be permitted to enter their work facilities.  This announcement preceded an earlier order stating that those working in long-term care should also have received their shots by October 12th. The order requiring long-term care facility workers was announced on August 12th but was soon after formalized on August 20th by an order of the Provincial Health Officer.

The new order surrounding acute care healthcare workers, however, is yet to be formalized. According to a spokesperson from the Ministry of Health, the provincial health officer is still consulting and drafting an order that will make the demands much clearer for health care workers and those that work in healthcare settings. Even though this order was implemented to keep healthcare workers and patients safe, it has ended up causing a rift within the Nurses Union in BC.

So much so that it caused the president of the B.C Nurses Union, Christine Sorensen, to step down abruptly. According to the Union, forcing nurses to get vaccinated was not supported as it could cause staffing shortages as unvaccinated nurses will be exempt from taking part in front-line duties. The good news though is that the mandatory vaccine rule has been supported by Doctors of B.C, the College of Physicians and Surgeons of B.C, The Canadian Nurses Association, as well as the Canadian Medical Association.

Sports betting in BC growing strong

Ever since Ottawa gave provinces the power to regulate single-game sports wagering, the B.C. Lottery Corp. (BCLC) has been taking single event sports bets since August 27th. As a result of the rapid deployment of single events bets, the Crown corporation has been trying its best to navigate the challenges of both the technological and legal nature to make certain that the market is thriving and growing.

It took the Crown corporation approximately one week to reconfigure PlayNow.com to permit bets for single-game sports wagers in addition to the parlay bets that were the norm. BCLC has also been tapping offshore vendors and partners such as UK-based Genius Sports Group and Vegas-based Scientific Games Corp to provide much-needed services such as real-time sporting data, as well as geofencing capabilities.

Over the first week of single-event sports wagering, approximately 1200 new punters in BC signed up for accounts on PlayNow. As a result, the platform experienced a 96% boost in the number of bets placed and a 72% rise in the money wagered compared to the previous month. Over the last few years, BC estimates that it has lost an estimated C$250 million in revenue from people that have placed bets on offshore unregulated sites. Single event bets have changed all that.

Already, the largest province, Ontario has enjoyed encouraging results. During the first 5 days of single-event sports betting, the Ontario Lottery and Gaming Corporation (OLG) handled more than C$1 million on Proline Sports. Of all the bets placed on the Proline sports betting platform. Approximately 74% were single event wagers.