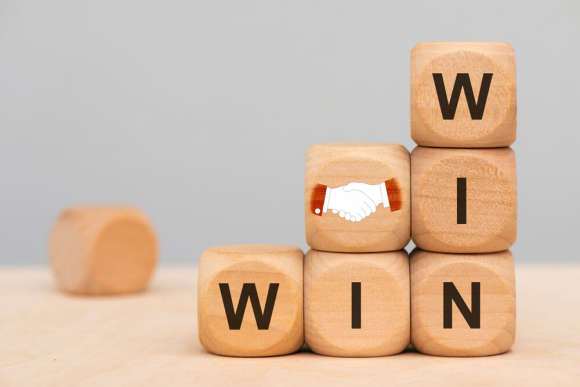 Gaming developer Boom has entered a multiyear partnership with Golden Nugget Online Gaming that will see the developer create content and gaming technology for Golden Nugget Online Gaming in the US and Canada. This means that GNOG will now have access to Boom’s casino game library and remote game server, as well as its free-to-play and real money sports wagering products.

Because Boom also has an established presence in Ohio, GNOG will also have market access to Ohio. As part of the deal, Boom will also be responsible for creating tailor-made and exclusive games for GNOG. As GNOG continues to be on the lookout for more and more ways to differentiate its brand, this partnership will allow the online casino to become the unrivaled online casino of choice for modern punters.

As soon as Boom integrates its remote gaming server and portfolio of high-end casino games into GNOG, all GNOG customers will have access to the innovative content created by Boom. Boom Entertainment, on other hand, will benefit from this relationship by partnering up with one of the most well-known and respected brands in the gambling scene.

Just recently, Boom Entertainment also entered another partnership agreement with Rush Street Interactive who is now a minority investor in Boom. Boom has made a great name for itself for developing world-class apps such as MSG Network, Sands Capital, and NBC Sports Predictor. As part of this deal, Boom will integrate its remote gaming server, online casino, as well as its sports wagering games for Rush Street’s proprietary online platform.

Boom is going to develop tailor-made games for Rush Street’s online casino and sports betting platform in the US. Once the games have been developed, Rush Street will maintain exclusive rights on the games for at least one year so that Rush Street can offer its customers a unique gaming experience.

Boom on the up and up

Formerly known as Boom Sports, the NYC-based startup has been growing steadily since it was founded. Now, it is becoming well known for its next-generation sports games and casino products. Boom is responsible for some of the best free playable platforms and products in the market such as NBC’s Sports Predictor, which has been downloaded more than 2 million times.

Boom works with most players in the gaming industry, including retail brands and casinos, media companies, as well as professional sports leagues creating innovative casino content and sports wagering games that are making a considerable impact in the burgeoning US sports betting market.

In addition to its partnership with GNOG and Rush Street, Boom also received $15 million in initial capital investment from various well-known business owners including New the owner of the England Patriots-Robert Kraft, as well as Jim Murren, former MGM Resorts International chief. The fundraiser, which was raised by Sands Capital, will help drive the expansion of Boom’s gaming products amid the demand in the sports betting industry for fresh and engaging content.

Some other early investors in Boom include ESPN analyst Adam Schefter, BTIG’s Richard Jacklin, as well as managing partner Peter Ziebelman from Palo Alto Venture Partners. Ever since Boom was founded in 2015, it has continued to introduce new casinos games that have helped the brand attract high-caliber partnerships and investments. Within the next 3 years, Boom anticipates that it will be offering more than 150 games in its growing portfolio.

Last year in April, Boom teamed up with Penn National Gaming to debut a consumer-facing sportsbook. Boom acquired its market access to Mississippi, New Mexico, Louisiana, Missouri, and Ohio through this partnership with Penn National. Rather than launch its services in the New Jersey sports betting market which is currently the most populated market, Boom opted to launch its services in second-wave states, which would allow it to stand out more easily.

In the past, Boom has offered exclusive fantasy sports contests, both free and real money events that have promised some massive prize pools to participants. Boom also created NASCAR Finish Line, which is a free-to-play mobile fantasy app on behalf of both Penn and NASCAR, as well as the now non operational XFL.

Boom Entertainment is set to offer the next generation of sports betting as the market continues to thrive. Sports betting has been part of the market since 2018 and sports fans have been craving a better experience that Boom play is set to provide. With this new capital investment, Boom Play is going to change how sports are consumed and how bets are placed by introducing a brand new gambling experience that’s sure to excite experienced and novice gamblers.

With its recent round of funding, Boom Entertainment will soon unveil its first wave of casino games to its exclusive partners in the coming months. Its sports betting product will soon follow after the first launch.