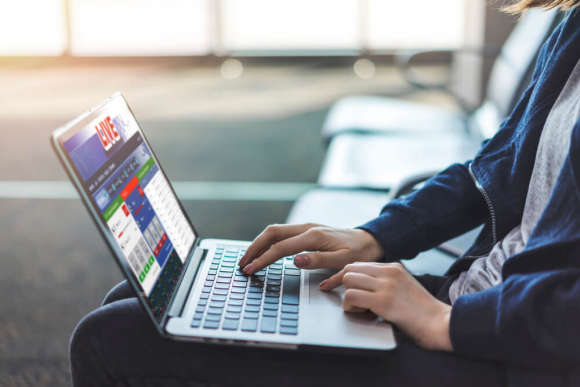 BetRivers Expands Into Canada With Launch of Social Gaming in Ontario

BetRivers Expands Into Canada With Launch of Social Gaming in Ontario

BetRivers has finally joined the Canadian sports betting market thanks to its brand new social casino; CASINO4FUN. The social casino will be available to all punters 19 and older looking to have fun with a little harmless gambling. CASINO4FUN will be powered by Rush Street Interactive's well-reviewed technology, which is the same one that powers the brand’s online casinos across Latin American and the US.

BetRivers and Rush Street Interactive have worked hard to ensure that their customers have access to the best content possible. The social gaming platform will give players access to more than 350 slot and table games while the online sportsbook will also offer a combination of single-game betting, as well as parlay bets on all sorts of sports leagues all over the world.

Although free, this social casino will be instrumental in allowing BetRivers to gradually build its presence in the Canadian province. Players that use CASINO4FUN will consequently cross over to BetRiver’s real money online casinos and sports betting online casino, which should be launched in Ontario before the year is out. Since the social casino will allow BetRivers to build its brand and player base in the province, it will lower its customer acquisition costs greatly.

With its entry into Canada, Rush Street Interactive now offers its real money and social gaming product in 3 countries. Rush Street has been growing from strength to strength even though it is still relatively young compared to other industry veterans such as MGM and Caesars, which all operate their individual sportsbooks and apps in the US and internationally. Today, Rush Street stands as the 3rd largest online casino and sports betting operator in the US as of July 2021.

As the Ontario sports betting and online casino market continues to take off, BetRivers will want to position itself as the operator to beat. Several operators are already looking to take advantage of the newly legalized market by entering into partnerships with established operators.

For instance, PointsBet partnered up with Curling Canada while BetMGM signed collaborative agreements with Wayne Gretzky and The Hockey News. TheScore, on the other hand, has teamed up with Canlan Sports, which operates some of the biggest hockey arenas in the country. DraftKings, alternatively, expanded its presence in Canada through its DFC deal with the Shield. The casino brand has also been performing really well in Latin America.

Rush Street’s presence in the US and internationally is growing

Rush Street has worked hard to solidify its presence in the growing online gaming and sports betting market in the US. As one of the most popular sports entertainment companies in North America, Rush Street’s brands PlaySugarHouse and BetRivers are available in numerous 11 states. So far, Rush Street is available in Pennsylvania, West Virginia, Indiana, Illinois, Connecticut, New York, Michigan, Virginia, Colorado, Iowa, and New Jersey.

At this year’s SBC Latinoamérica Awards 2021 it was nominated in this year’s SBC Latinoamérica Awards for 3 categories namely, ‘Casino Operator of the Year’ and ‘Sportsbook of the Year’, as well as 'Sponsorship of the Year' as a result of its partnership with Everton Football. Rush Street became the first sportsbook from the US to debut its award-winning sportsbook RushBet in Latin America and has been a vital aspect in Rush Street’s long-term global success.

Just recently, Rush Street was also named the official sports wagering partner of Magic City Jai Alai. As a result of this partnership, BetRivers is now utilizing Magic City’s league data and streaming feeds for punters to watch and wager during live games in both Iowa and Illinois. Not only is the world’s fastest sport being played on the platform, but Rush Street Interactive sportsbooks are the only brands that are offering the product.

Magic City has operated more than 4,000 matches since it was launched in 2018 after receiving a license from the Florida Department of Business and Professional Regulation. Although Jai Alajai wagering is only available to punters in Illinois and Iowa, Rush Street expects to debut the product in additional states in the coming months. People in Florida have been playing Jai Alai for decades, as far back as the 1930s, but there has never really been a modern fixed odds platform available for modern punters.

Over the years, more and more punters have become accustomed to the fixed odds betting system, so there has been a need to transition away from the traditional system of pari-mutuel wagers. With the fixed odds wagering system, players are now able to bet directly on head-to-head matchups, set by set or even point by point like other well-known sports such as football, hockey, and soccer.

Rush Street has also made an effort to ensure that its customers are gambling responsibly. Just recently, the brand partnered up with the American Gaming Association (AGA) for its "Have A Game Plan. Bet Responsibly" campaign that was held during the recently concluded Responsible Gaming Education Week. Since it was founded, Rush Street has been adding innovative tools, as well as social responsibility features such as RushPay that keep its customers as safe as possible.

BetRivers boasts an enviable position as one of the nest providers of technology and gaming in a Canadian sports betting industry that is rapidly expanding. As time progresses, BetRivers and its brands will have to come up with innovative ways to stand out, which will also consist of product differentiation.

The great news for Rush Street is that it offers customers an entire continuum, that includes free-to-play gaming products and sports betting games, to fantasy sports, which means that customers will likely never get bored.