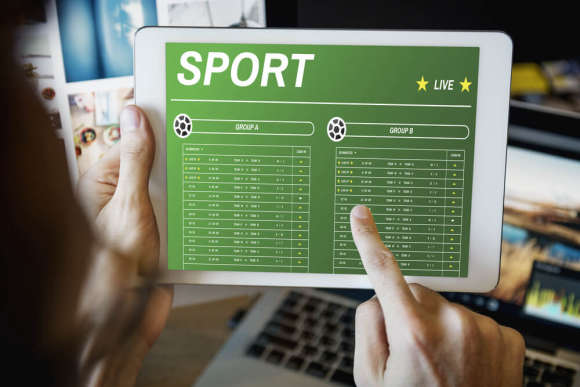 BetRegal has been around for a while now and has amassed plenty of global experience that will guarantee its success among Canadian bettors. The Canadian-based online sportsbook and casino brand is popular in the UK, as well as continental Europe and Latin America. BetRegal’s pre-match sporting events are varied and include Premier and Champions League football, NBA, NHL, tennis, Australian football, Badminton, and more.

The brand also has a broad range of in-play wagering options as well as a cutting-edge online casino with a series of original and branded video slots, casino games, scratch cards, as well as live dealer games, and other table games. BetRegal launched in 2017 powered by the EveryMatrix platform and software.

Since then, it has worked extremely hard to establish itself as a market leader in low-margin wagering odds for experienced bettors that specialize in pre-match, as well as in-play sports betting markets.

Beyond simply offering bettors bonuses, BetRegal has made a name of itself for offering some of the best incentives as player acquisition and retention tactics. Its success in the Canadian market is almost guaranteed because BetRegal understands that bettors these days have evolved.

Gone are the days of attracting customers by simply giving them a hefty bonus to sign up. BetRegal understands that the responsibility is now on sportsbooks to offer punters considerable value and a much more enhanced user experience. Currently, BetRegal enjoys licenses from Curacao, Denmark, Malta, as well as the UK.

As the regular sports schedule returns to the country, there has never been a better time for BetRegal to launch the free-to-play sports experience. As a result of this debut in Canada, punters can now have fun wagering on their favorite sports teams using the free BetRegal points. The free-to-play sportsbooks works by allowing bettors to use their BetRegal points to place wagers with the chance to win exciting prizes such as tickets to games, swag, as well as one on one interactions with sports legends.

BetRegal’s focus has been clear

As mentioned above, BetRegal has licenses in various jurisdictions, and has been focused on creating an environment that is safe and fully compliant for its customers. It is also a huge advocate of responsible gambling given the severe state of problem gambling that the industry and world are facing currently.

To ensure that Canadian punters are kept safe from gambling related harm, BetRegal plans to work hand in hand with Canadian authorities to create a safe gambling space for all its customers while still offering value to the Canadian sports betting consumer.

Just recently, BetRegal was appointed as the official sports betting partner of the Canadian Football League, which will further allow it to dominate the changing Canadian sports betting landscape. Under the terms of this new partnership, BetRegal has also signed up Football Hall of Fame quarterbacks Damon Allen and Matt Dunigan as brand ambassadors.

As mentioned previously, BetRegal already enjoys a strong presence in Europe and is now ripe for expansion in home soil. BetRegal has a multi-year partnership with the Dundalk FC of the Irish Premier League as its official sports betting partner. This strong partnership with the Canadian Football League will further help to cement the brand.

The Canadian Football League does not need any introductions. It is indeed one of the most iconic names in the professional sports realm in the country. As the regulatory landscape in the country continues to transform, this partnership will present an amazing growth opportunity for the 2 parties.

To make its presence even stronger, BetRegal also recently teamed up with the PGA of Canada. The 3-year partnership with BetRegal is the first of its kind. As the official sports betting partner of the PGA of Canada, BetRegal gets to cement its brand among Canadian sports lovers and punters.

This deal comes at an excellent time for the PGA as the 2020 edition of the PGA Championship in the country will be the 100th. In the transformed sports betting landscape, the PGA and BetRegal will both benefit from this partnership. Not too long ago, the Senate passed Bill C-218, officially paving the way for legal single-game sports wagering in the country.

This new law will not only pave the way for new and exciting partnerships and opportunities for sports betting operators in the country, but it will also create new revenue-generating opportunities for the provinces and sports entities such as leagues and athletes.

Both the PGA of Canada and the Canadian Soccer League are important sporting institutions in the country. Collaborations such as these in the changing environment will help to educate the masses about sports betting as well as responsible gambling in general. The country has had to endure a long and laborious journey into legal single-event sports betting.

For years, Canada has been forced to idly watch as the neighboring U.S thrives. Sports betting was legalized in the US in 2018 and has been thriving and generating billions of dollars in revenue for both the various states that have legalized the practice, as well as the sportsbooks that operate in the market.

Today, apart from the UK, the US has one of the most successful sports betting industries in the world. Before single-event sports wagering was legalized in the country, Canadian punters were mostly flocking to offshore online sportsbooks to wager on single-event sports. As a result, Canada was losing billions of dollars in the gross handle to these offshore online sportsbooks. However, this new law changes all that.

Single event sports betting has been in high demand in the country. The outdated parlay betting system has been forcing punters to look elsewhere for their fix though. Thankfully, all this is about to change this year, and companies such as BetRegal will be right there at the center of the action.