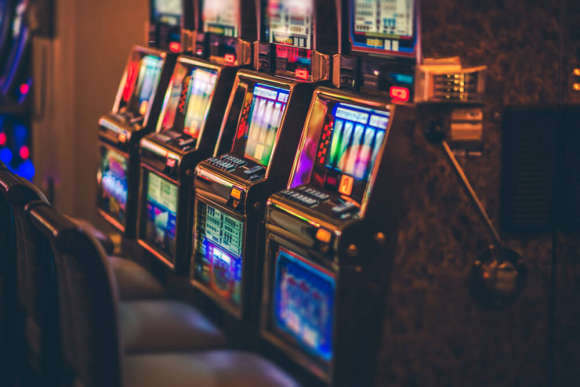 Gambling is part of the cultural fabric of Canada. A stroll down the main street of any city or small town will reveal several types of gambling ranging from land-based casinos to lottery kiosks, bingo halls, raffles of all kinds and even meat draws at local Legion halls. Canadians are keen on putting money into any kind of game of chance. It may stem from the casual attitude of the average Canadian. Or it may be a direct result of the relaxed approach the Canadian Government has had on gambling. Don’t get us wrong, here. Some regulations essentially put 50/50 draws, online gambling, and bingo into little boxes filled with rules but hardly anyone follows them and enforcement is as nonchalant as the next draw of a gift basket where the money collected through the purchase of tickets will end up at a local charity as part of a community-wide fundraiser. In other words, Canadians know there are rules, but look at winning anything as worth the risk.

Online Gambling, According To Canadian Authorities

Gambling has a long history in Canada. However, it has only been legal since 1999. It was at that time that the federal government created references in the Canada Criminal Code to deal specifically with gambling. The enforcement of these guidelines was left to each province and territory to regulate. To ensure this happened, the Canadian government established gaming commissions or lottery corporations in each province and territory. They all were governed by the national Criminal Code but were permitted to interpret the details as they saw fit. This is why lottery tickets in British Columbia are different from those in Alberta and Saskatchewan. Except for a handful of nationwide lotteries, each province/territory controls what happens within their jurisdiction regarding gambling.

The birth of the internet within Canada opened doors to online gambling. Technically, online gambling falls into a regulatory grey area. It is legal, but only if the source is based in Canada and licensed by a Canadian gaming authority. But what about the flood of offshore gambling sites that market themselves to Canadians? That is a whole other can of worms. This is where the Criminal Code gets a bit fuzzy. Offshore casinos do not normally have licenses from Canadian gaming authorities. Also, offshore gambling sites are not based in Canada. With just these two pieces of information, it should be clear that Canadians would be wise to steer clear of these internet operations. However, they accept Canadian dollars (the Loonie) and embrace Canadians like family.

Online Gambling, According To Canadian Players

Offshore sites are there and do not restrict Canadians from joining, and so that is what has transpired. The Mounties are far too busy working on other internet crimes to be bothered with cracking down on the thousands of Canadian players who enjoy offshore gambling offerings that are attractive, plentiful, and don’t force Canadians to convert their Loonies to American Dollars. Also, winners who live and play within the borders of the Great White North do see payouts into their gaming accounts regardless of where in the world the online casino is from. Let’s face it, the average Canuck gambler doesn’t give a rip where the casino is based as long as they can play safely and as much as they want. No one is going to disturb them from enjoying online casinos from the comfort of their homes.

Online Gambling In The Canadian Provinces/Territories

It didn’t take long before the provincial/territorial gaming commissions started to notice that their ticket revenues were starting to dip and that offshore casinos were amping up their promotional efforts aimed at Canada. So, to try to get in on some of that action and stop some of the bleeding, a few provinces took it upon themselves to develop and launch “local” online casino sites. The first Canadian province to legalize internet gambling was British Columbia.

The province launched its first online casino in mid-2010 and a poker room followed in 2011. Quebec opened an online poker room and a gambling website in December 2010. Manitoba lifted an online gambling ban in early 2013. To date, most of the provinces have online gambling sites within their jurisdiction and a few of the provinces have joined together to provide internet access to these sites in a regional configuration. Players must be of legal gambling age.

The Most Popular Slots In Canada

Canadians are big on slots. It might have to do with the fact that anyone can play a slot machine. Just hit the spin button, which requires very little in the amount of skill some other casino games need. As a result, some of the biggest slot titles available have earned that reputation from being played so frequently in Canada. The top slot is Mega Moolah. It is a well-known title because as a progressive slot machine, it has produced several massive jackpot wins. Next on the list is the classic 5-reel Tomb Raider. There are multipliers, bonus rounds, and a lot of Lara Croft and generous payouts.

Gladiator is third on the list which is a 5-reel slot with 30 pay lines and a storyline that takes players back to Ancient Rome. There are several features including stacking Wilds, bonus rounds, and free spins. Batman fans flock to The Dark Knight which has 5-reels, 243 winning combos, bonus rounds and pays out large progressive jackpots. The fifth most-popular slot in Canada is Avalon. This 5-reel slot has wilds, multipliers, and a maximum jackpot of 30,000 coins. For more on online slots, visit https://www.onlinecasinolist.com/games/online-slots/

Canada is cool. Cool about how they control online gambling. While it is considered legal, if you play at an online site based in your province that is licensed in Canada, you should be fine. Playing at an offshore casino that doesn’t have a Canadian gambling license is technically illegal, but since authorities are so laid back about enforcement, you can still visit those sites, join them, play, win and invite friends without fear of jail time or a stern talking-to from the local RCMP detachment.