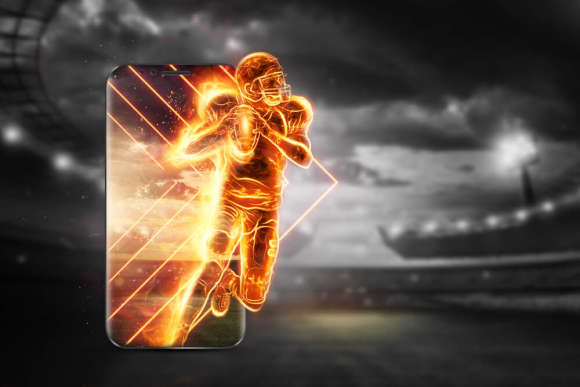 One of the biggest sporting events on the globe, the Super Bowl final is on the horizon. The British Columbia Lottery Corporation (BCLC) have all their ducks in a row ahead of the event, with a series of special bets on their online platform.

Ahead of the Super Bowl final, BCLC says it would not be the Super Bowl without some quirky things to bet on. As always, BCLC say on their website, PlayNow.com is offering Super Bowl novelty bets about everything from the over and under on the length of Eric Church and Jazmine Sullivan’s performance of the national anthem (117.5 seconds); what will be the first and last song of The Weeknd’s half-time performance; and the colour of the Gatorade dunked on the winning coach.

In addition, BCLC says players can also compete in PlayNow.com’s $20,000 Super Bowl Pool, by predicting the outcomes of 14 different bets.

“The player(s) with the most correct picks will win or share the guaranteed prize. Or, for those players who prefer to play at their local lottery retailer, approximately 60 Super Bowl-related bets are available on Sports Action,” the lottery corp says.

In total, more than 550 Super Bowl-related bets are available on PlayNow.com and Sports Action this year, but the big one is obviously on who will win the big game.

This year’s final, just like last year’s pits the Kansas City Chiefs -- who won it in 2019 -- against the Tampa Bay Buccaneers.

The Chiefs are the favourite to repeat as champs (1.58), but Tom Brady and the Tampa Bay Buccaneers (2.45) are coming into Super Bowl LV with as good of a chance as any. With the Bucs listed as three-point underdogs, this year’s championship game could be one of the closest contests in recent years.

But while BCLC is excited about the Super Bowl final, one thing still bothers the lotto corp., that is Canada’s delay in legalizing single event sports betting.

“BCLC is encouraging the federal government to modernize laws so we can provide single-event betting to our players and generate additional revenue to support provincial programs. Through PlayNow.com, BCLC offers socially responsible gambling entertainment while generating income to benefit all British Columbians,” BCLC said.

The government sponsored Bill C-13, which is before the House of Commons and is expected to go through a second reading. However, while the Liberal government now supports single event sports betting, it has been accused of stalling on bringing Bill C-13 to the house for a second reading.

Instead, the government has prioritized other proposed bills ahead of Bill C-13.

On the other hand, the Conservative Member of Parliament Conservative Kevin Waugh. Has sponsored a private members’ bill, Bill C-218, which also seeks to legalize single event sports betting.

While Bill C-218 has been moving along smoothly in the corridors of the House of Commons, private members’ bills have little chance of becoming law. In 2011 there were attempts to legalize single event sports betting, but Bill C-290, a private member’s bill failed.

“However, hopes are higher for Bill C-218 which has broad support across all four major parties and does not appear to face the same senatorial opposition as its 2011 counterpart. In its current form, Bill C-218 contains a complete repeal of sub-section 207(4)(b) of the Criminal Code, which currently requires single-event betting, among other types of betting, to be conducted through a pool or pari-mutuel system,” the Mondaq website reported.

The gaming industry took a massive hit due to the COVID-19 outbreak which led to the closure of land based casinos. In a bid to recoup lost revenue, the gaming industry has set its eyes on growing online gaming.

Single event sports betting is seen as one way in which the gaming industry can make huge returns.

On the other hand, in terms of igaming, Ontario has set the lead by revealing its intentions to end the provincial government’s monopoly on online gambling. Other provinces are expected to follow Ontario’s example.