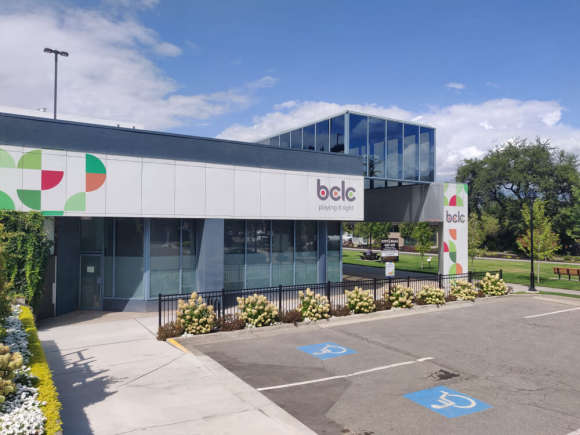 B.C Lottery recently welcomed a new president and CEO. Lynda Cavanaugh is replacing Greg Moore who announced his resignation not too long ago in November 2020. Lynda will serve as interim CEO and president of the Kamloops-based B.C. Lottery Corporation until a more permanent appointment can be made. Before he resigned late last year, Greg Moore had been with the BCLC since 2018.

If you might recall correctly, the outgoing CEO Greg Moore was appointed in 2019 to replace Jim Lightbody, who had been serving in that capacity since January 2014. Lightbody was forced to step down in 2019 to take a medical leave that will see him fight and hopefully recover from cancer treatment. Greg Moore, on the other hand, stepped down as CEO on January 15th to pursue opportunities in the private sector.

Lightbody’s leave was supposed to extend to 2020 but the former CEO is yet to return as he is still in recovery. Before he gave up his position to undergo treatment, Lightbody has established a great foundation for each of the subsequent CEOs having previously served as Vice President of Lottery Gaming, as well as of Casino and Community Gaming.

Thanks to his more than 30 years’ experience in the gambling industry, Lightbody has set up a well-oiled organization and increased revenue exponentially. He was also solely responsible for spearheading BCLC’s social responsibility programs. This strong leadership persisted with his replacement Greg Moore and will likely continue with the new interim CEO as well.

BCLC makes an essential revenue contribution to the Province of British Columbia. As such, the way it is operated will have a direct impact on all British Colombians. The good news is that the new interim CEO also brings with her a wealth of experience that will allow the organization to keep growing.

In particular, Lydia brings with her years of experience after serving in the public service industry in BC for more than 9 years in the capacity of deputy assistant minister in 2 different ministries; that of the solicitor general, as well as the attorney general. As interim CEO, Lydia will not have to move to the Kamloops headquarters and will instead operate from her Vancouver Island residence.

Like all the other interim CEOs before her, Lydia will serve in a fractional capacity before CEO Lightbody can take up the position once again. In her capacity as CEO, Lydia will be tasked with ensuring that BCLC’s operations remain vibrant as retail casino sales continue to plummet all over the country.

Like many retail casinos all over the world, it comes as no surprise that BCLC reported losses in last year’s 3rd quarter. According to BCLC, the pandemic measures implemented by the provincial government have been heavy on operations and have been largely to blame for the decline in revenue during the 2019-20 fiscal year.

According to data from BCLC, revenue generated totaled CAN$2.53bn or US$1.95bn, which was a 2% drop from the same period last year. This amount was below the corporation’s initial goal of $2.64bn for the 12 months leading up to 31 March 2020. Throughout this challenging period, casino and community gaming have been BCLC’s primary revenue earners.

Poker revenue, alternatively, grew by 1.7% to total $24.0m. Like most operators in the country, BCLC was forced to shut down its operations in mid-March last year just after news of the pandemic broke. Its properties are still yet to reopen fully as the casinos in the state are still required to adhere to strict British Columbia government restrictions and protocols.

Despite the challenges, it hasn’t been all bad news for BCLC. During the 3rd financial quarter, the operator also reported a rise of 1.8% from its lottery and online gaming operations. The group’s online casino segment faired on well with more and more punters opting to gamble online due to all the retail casino closures happening throughout the country.

Thanks to its continued efforts to improve its Playnow online casino, revenue for its online gaming segment will likely keep growing this year as well. Even though the pandemic will still continue to present challenges until it has been eradicated, the outlook is generally more positive this year as the vaccination process continues to press forward.

Now as the country prepares itself to welcome single-event sports betting, BCLC will want to make sure that it positions itself for expansion. If everything goes according to plan, sports betting could become a reality in Canada before spring, and established operators such as BCLC need to do everything in their power to get a slice of this burgeoning market.

Bill C-13 was introduced by Federal Justice Minister David Lametti. If passed successfully, the bill will allow Canada’s provincial and territorial governments to set up sports betting in their provinces. Not only will this regulated market make things much safer for punters in Canada, but it will also allow the provinces to collect much-needed tax revenue that can then be utilized for recovery efforts.

At present, Canadians cannot wager on single-game events such as the Super Bowl or the Grey Cup unless they opt to wager with offshore betting sites, many of which do not put the welfare of punters first. Once this bill is made into law, Canadian bettors and sports lovers will be able to bet through various online betting platforms of retail sportsbooks. Before sports betting becomes a reality, bettors will still have to use the current lottery-style wager in which one has a parlay of various teams to wager on instead of a single event.