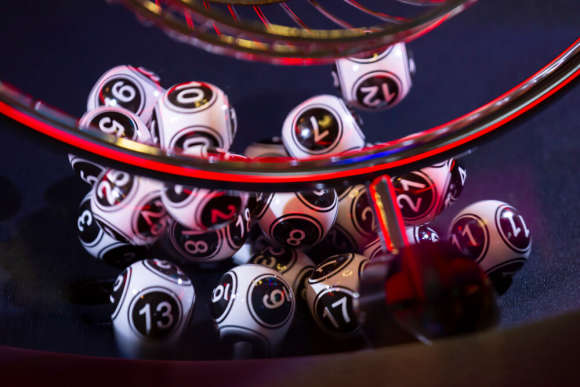 New Brunswick punters did not always have an array of betting options to choose from. However, the Atlantic Lottery Corporation changed all that when it launched its first online casino not so long ago. Even though the casino was only open to New Brunswickers, the Atlantic Lottery Corporation has expanded its access, now making it possible for residents of Nova Scotia and Prince Edward Island to gamble on a selection of options.

With its recent expansion, residents in Prince Edwards Island, Nova Scotia, as well as New Brunswick can now place wagers of up to $500 on blackjack and up to $100 on virtual slot machines without leaving the safety of their homes. Like many governments around the world, the 4 provincial governments in Atlantic Canada have been severely affected by the pandemic, which has left a huge tax hole.

In order to fill this gaping hole, governments that once shunned online gambling are suddenly considering legalizing the industry. Like many of these governments, the provincial governments in Atlantic Canada have been trying to legalize online gambling unsuccessfully for 10 years. It wasn’t until the pandemic struck that they gave it serious considerations.

Before the industry was legalized, the 4 governments were losing approximately $100 million to offshore gambling sites. The online casinos in the province was launched for the first time in August, months after news of the pandemic broke and 2 years after one of its 4 provincial shareholders finally agreed to approve online gambling.

Now that the industry has been legalized, all the betting revenue generated will stay within the province and be re-invested towards recovery efforts. Not only will this help the provinces to get back on their feet a lot faster, but having a regulated industry will go a long way in helping to make the industry safer for gamblers.

Although not all 4 of the Maritime provinces have jumped on board the online gambling game, establishing a much safer and regulated online gaming environment should help to encourage the 4th province to join the bandwagon. The 4th province, Newfoundland and Labrador, has not made any indication of legalizing the industry but residents are hopeful.

Under the law, all forms of gambling are permitted to residents. However, the gambling options can only be offered by provincial lottery corporations. There are 5 provincial lottery corporations in the country. The three largest provinces each have their own, that is, British Columbia, Ontario, and Quebec. All these three provinces have online casino games available for their punters.

The other 2 remaining territories and provinces are served by 2 major corporations; the Western Canada Lottery Corporation, and the Atlantic Lottery Corporation. Because more parties have to be involved in the final decision process, the process of legalizing iGaming has been slow for the last 2 corporations.

The Western Canada Lottery Corporation unlike the 4 other corporations has been the slowest to introduce an online casino site. As a result, some of the provinces under their helm have opted to sort issues out for themselves. Case in point, Alberta launched its website, PlayAlberta, because the other members were dragging their feet.

PlayAberta is controlled by the Alberta Gaming, Liquor and Cannabis, which is in charge of overseeing gaming entities in the province. On the other hand, Saskatchewan joined forces with the British Columbia Lottery Corporation, thus effectively giving its residents access to the PlayNow online casino.

Canada’s priorities have changed tremendously over the last couple of months and it's easy to see why. Canadian brick and mortar casinos, like most of their counterparts around the world, were shut down after the contagion broke out. However, unlike other casinos in the world and more specifically America, Canadian casinos remained closed for much longer.

In fact, they still remain closed due to extended social distancing guidelines and protocols. Of the Maritime provinces, the only province that reopened its casinos was PEI and it only opened one of its operations. New Brunswick did not go back to business until September while Nova Scotia only re-opened much later in October.

As a result, retail casinos have been struggling to keep up with many opting to keep their doors shut until the outlook in the world improves. Retail wagering revenues are low all around- including sales of lottery tickets. That’s why provinces are suddenly looking towards online gambling, which unlike some of these other verticals, seems to be thriving amid the pandemic.

Across the pond in the United States, states that enjoy legal online betting including New Jersey and Pennsylvania, are performing extremely well despite the setbacks. To be more specific, punters in New Jersey wagered more than $996 million in December, an all-new state record for a single month in the state.

According to figures shared by the state's Department of Gaming Enforcement, bettors in the Garden State wagered upwards of $6 billion last year, thus effectively crushing the $5.4 billion record that had been set by Nevada in 2019. The game-changer for New Jersey, which is now the most successful gambling market in the country, was incorporating online gambling as well as giving residents the ability to register for mobile betting anywhere in the state.

If Canadian provinces want to replicate this level of success, then they must also consider doing the same. Things are already off to a great start with the recent bill to legalize single sports betting in the country. If this bill is legalized, it will give Canadian provinces the power to issue gaming companies licenses to accept bets on all single sports events except for horse races.

As things are, it is currently illegal for Canadians to wager on single sports bets. The only types of wagers that are accepted for sports are parlay bets, which typically require a punter to make several wagers simultaneously. Canadian provinces are currently losing about $10 billion or US$7.7 billion every year on single event bets that are done through illegal bookies. The recent changes in legislation are going to change all that.