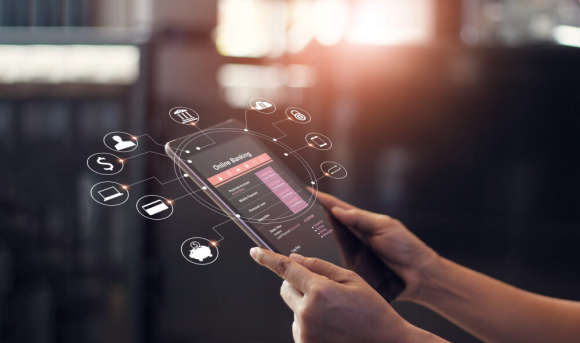 Apollo Global, which is a US-based investment firm, shared that it was planning to acquire Great Canadian late last year for $3.3 billion. However, this offer was rejected by the minority shareholders. Apollo later adjusted its offer, agreeing to pay $39 for every share- a price that Great Canadian CEO eventually agreed to. This offer was approved by the Supreme Court of British Colombia.

Now that the deal has been finalized, Great Canadian will maintain its Toronto headquarters and will be under the control of Canadian management. At the helm of this management team will be Anthony Tony Rodio, who is one of the most seasoned Gaming executives in the country. The new CEO will also join Great Canadian’s Board of Directors in his new capacity.

The Board will be chaired by Apollo partner Alex Van Hoek. As mentioned earlier, Rodio has extensive experience with more than 40 years in the industry. Most recently, Rodio was CEO of Caesars Entertainment, which is one of the most recognized casino brands in the world. It was Rodio that oversaw Caesars’ acquisition by Eldorado Resorts, which occurred between April 2019 and July 2020.

Before he was appointed as CEO of Caesars, Rodio was CEO of Affinity Gaming, well as the CEO of Tropicana Entertainment, where he led the organization through a period of considerable growth and expansion. Before this, Rodio held several senior management positions at Harrah’s and Hollywood Casino.

The position of National President of Business Development, on the other hand, will be held by Terrance Doyle. Doyle has been serving as the interim CEO at Great Canadian where he has done a stellar job of keeping the corporation alive and profitable during the challenging pandemic period. Before he was appointed Interim Chief Executive Officer, Doyle held the title of President, Strategic Growth & Chief Compliance Officer.

In his new appointment as National President of Business Development, Doyle will report directly to the Board. Doyle will also assist the board and the management in all transition and business development activities across the organization. Even though Great Canadian has done a great job of weathering the challenges of the pandemic, it has struggled to generate revenue due to the difficulties facing the hospitality and entertainment industry.

As a result, this acquisition with Apollo funds will help the Corporation to make good on its expansion plans in 2021 and beyond while also allowing the company to survive this volatile period. The Corporation will also benefit greatly from Apollo’s extensive gaming experience as one of the most established investment firms in the North American market.

The Apollo brand will especially be beneficial as Great Canada Gaming looks to expand its gaming and hospitality business. The end goal is to position Great Canada as the top choice in the growing Canadian iGaming market. From this partnership, Great Canadian will have the financial backing needed to expand its operational footprint and ownership.

New York-based investment firm Apolo, oversees more than $433 billion in assets and has a long history in the gaming industry. Most notably, Apollo is known for its past ownership of Harrah’s although it also recently made a play for William Hill. Recently, Apollo also invested in the Italian-based group Gamenet.

Apollo has made it clear that it intends to boost additional growth by expanding Great Canadian Gaming’s non-gaming facilities and its betting platform. The Investment firms intend to invest heavily in marketing and promotional activities as it looks to attract and retain more customers.

At present, brick-and-mortar casinos are still facing the complexities of operating in a pandemic environment. As such, the management team at Great Canadian Gaming has been working hand in hand with the government, the regulators, as well as health authorities so that it can reopen all its facilities. Now that the acquisition is official, Great Canada Gaming will be delisted from the Toronto Stock Exchange.

Not too long ago, Great Canadian Gaming shared its earnings report for the second quarter managing to generate C$70.7 million or $56.6 million for the 3 months ending June 2021. Q2 revenues rose by 13% to reach C$62.8 million or $50.2 million. This boost can be attributed primarily to the reopening of various Atlantic properties.

Even though the Great Canadian properties have been partially re-opened for a while now, many of the Corporation’s properties are still under pandemic restrictions. The revenue boost can also be attributed to the expenses related to the properties, which have been reduced significantly. Since the corporation was forced to furlough its employees, administration costs have also been lowered, thus allowing the properties to save funds.

As the government continues making considerable progress in the mass vaccination of the population across the country, the restrictions set in place by provincial governments will be lifted, thus allowing the corporation to operate to its pre-pandemic levels. The last few months have proven to be extremely challenging to brick and mortar operators. However, well-established companies such as Great Canadian have managed to prove their resilience during these unprecedented times.

Great Canadian Gaming may be one of the most established brands in the growing Canadian iGaming market. However, the challenges of the pandemic have hit the brand hard, thus causing the brand to struggle owing to the forced suspension of its operations in several facilities. As a result of the ongoing pandemic, Great Canadian posted losses of approximately $67.9 million.

With the cash injection that the brand will receive from Apollo, Great Canada will continue to generate profits throughout the ongoing pandemic and in the future. Apollo boasts offices all over the world including headquarters in Tokyo, Frankfurt, San Diego, New York, LA, Bethesda, Houston, Madrid, Singapore, Hong Kong, and more.