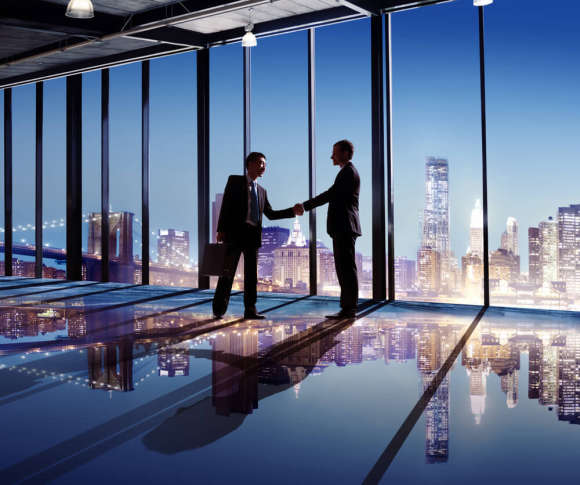 Initially, Apollo had offered to pay $39 per share for Great Canadian Gaming, but faced resistance from shareholders who felt that they should pay more. In the end, the two sides settled on $45 per share.

The deal is expected to go through in the second quarter of 2021.

Apollo sweetens the deal with an improved offer

The improved over reflects Great Canadian’s share price in February, before the casino industry was forced to shut down due to the COVID-19 pandemic.

BloombergSen Inc, CI Global Asset Management, and Burgundy Asset Management Ltd had previously threatened to vote against the deal, but have had a change of heart following Apollo’s revised offer.

Bloomberg reported that the deal appeared headed for collapse a day after it was announced, with BloombergSen co-founder Sanjay Sen criticizing the offer’s “rock bottom” price and saying Great Canadian didn’t need a sale because it was still making money.

Following the acquisition, Great Canadian Gaming said the company would maintain its Toronto HQ, “led by a Canadian management team and with Canadian board members.”

While Sen argued that Great Canadian was still making money, a buy-out offer may have been difficult to resist in the current climate. However, Apollo remained confident that it would make money from gaming in spite of the lockdowns.

Great Canadian operates 25 gaming properties in Ontario, British Columbia, New Brunswick, and Nova Scotia. However, its operations in British Columbia are shut due to lockdown regulations implemented by the province to stem the spread of the coronavirus.

"Based on Apollo's considerable experience in the gaming space, we see significant opportunity for Great Canadian to grow the business and bring an enhanced experience to guests as a privately held company with a longer-term view of success.  As sponsors, we're committed to providing Great Canadian with the financial and strategic flexibility to successfully manage COVID-19 challenges and accelerate future growth and innovation as the market leader in Canada," Apollo partner Alex van Hoek said in a statement.

Apollo added that “certain Canadian institutions” might co-invest in the deal, but did not name them. It was reported that a number of Canadian funds -- including the largest, Canada Pension Plan Investment Board -- are limited partners in Apollo-managed funds.

Apollo said it was committed to maintaining Great Canadian’s current operational footprint and anticipated that Great Canadian’s properties will increase under the Apollo Funds’ ownership. “Apollo intends to help drive additional, incremental growth through initiatives such as the expansion of non-gaming facilities, expanded loyalty, and marketing programs, and gaming improvements that leverage the scale of the firm’s platform,” Apollo said.

After shareholders agreed to the deal, the Supreme Court of British Columbia followed suit and approved Apollo’s takeover of Great Canadian Gaming. Great Canadian Gaming is now set to be delisted from the Toronto Stock Exchange, but only when the deal goes through following the completion of regulatory procedures.

In late 2020, Great Canadian Gaming was in the eye of a storm, as one of its casinos, River Rock was being investigated for not reporting suspicious transactions.

The Globe and Mail reported that the New-York based Apollo oversees $433-billion in assets. Apollo has a history in gambling through its past ownership of Harrah’s. The firm’s affiliate more recently bought a stake in Italy’s Gamenet Group and also considered an investment in U.K. gambling business William Hill.

BNN Bloomberg further reported that Apollo has a history of investments in the gambling sector. In 3008 Apollo teamed up with TPG for a leveraged buyout of Harrah’s Entertainment Inc. Apollo also agreed to invest 500 million euros (US$591 million) in Sazka Group AS, to support the European lottery company’s expansion plans across the region and North America.

While land-based casinos are feeling the pinch due to the COVID-19 pandemic, Ontario will soon allow private players to operate online casinos and that could have been one of the reasons why Apollo pressed forward with the deal.

Online casinos are quite nascent in Canada compared to the U.S. If licensed, online casinos promise huge rewards for both operators and federal governments.