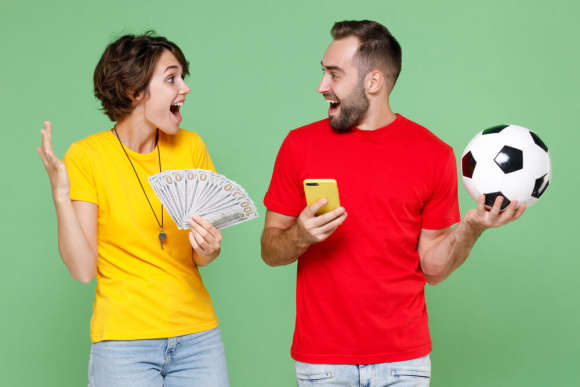 Although gambling has been an accepted pastime in Canada for as long as many residents can remember, there have always been limitations on sports betting. For many years, parlay betting was the only system allowed for anyone looking to place a sports bet. However, things are going to change soon thanks to the newly introduced c-218 bill.

The bill C-218 if approved could see single-game sports betting become a reality in Alberta sooner than expected. The momentum that the US sports betting market has created since the industry was legalized by the Supreme Court in 2018 has been a huge inspiration for Alberta legislators. And if things go according to plan, Alberta could soon become the biggest sports betting market in Canada.

Based on figures shared by the Canadian Gaming Association, sports wagering in the country is estimated to be a C$1 billion industry. However, once single event wagering is legalized, the market could expand to become a C$14 billion industry. Not only would this mean a considerable increase in revenue for Alberta and other provinces, but it also means an increase in job and investment opportunities for residents.

Like the U.S, sports betting laws have always been under the control of the individual provinces. All 10 provinces including Alberta enjoy legalized gaming but it has taken several unsuccessful attempts to adopt single-game sports betting. The last province to legalize parlay sports betting was British Columbia in 2012; there haven’t been any remarkable developments in the industry since then.

Once these legislative changes become official and single-event sports wagering becomes a reality in Alberta, everything will be under the control of the Alberta Gaming, Liquor & Cannabis (AGLC) authority.

So why should single sports betting be allowed in Canada?

The proposed legislative changes that will introduce single sports wagering in Canada will go a long way in helping to increase revenue for the province, which will be needed if recovery efforts are going to take off without a hitch. As things currently are, all the 10 provinces have been severely affected by the pandemic and many are struggling to fill government reserves that have all been depleted in the last year.

Besides, the legalization of single event betting has been long overdue in the country with the last province permitting parlay bets in 2012. If the Canadian sports betting market has any chances of advancing, single-event sports betting must become a priority. Otherwise, Alberta and all the other provinces will continue to stand by and watch other American sports betting markets reap the benefits of a fully legalized and regulated sports wagering market.

Besides, according to supporters of single event wagering in Canada, sports betting is a considerable revenue stream that will not require a substantial amount of legislation to sort out. Best of all, having a fully regulated market will keep thousands of Canadian punters safe and protected from being taken advantage of by unlicensed offshore casino operators.

Canadian already spend billions on single event betting but none of the billions spent is being utilized domestically as it is all being distributed among various unlicensed sites.  Based on figures released by the Canadian Gaming Association, punters in the country place as much as C $10-billion every year on illegal offshore bookies. An additional $4 billion is distributed to different online casinos.

Collectively, Albertans are predicted to spend at least $100 million annually placing wagers through established offshore websites and daily fantasy providers and apps like FanDuel and DraftKings. It should come as no surprise that of the $10-billion spent by Canadians every year on illegal offshore bookies, a huge majority goes to bookies across the pond in America, where iGaming has been legal since 2018.

Once single event wagering is made official, Alberta Gaming, Liquor, and Cannabis (AGLC) will be able to offer the same games available in these offshore betting sites. However, the player protections for local gamblers will be more enhanced than they have been since bodies like the AGLC will remain regulated and answerable.

More importantly, a legal sports betting market will place Canada in the best position to compete against more established markets in the U.K and the U.S. all in all, once single event betting become widespread in the country, the economic benefits will start to trickle down to not only the licensed gaming operators but also the communities and individual provincial governments.

Because parlay bets are the only ones that have been allowed for years, Albertans and many other Canadians have often been unable to wager on single events involving their favorite Canadian teams. In addition to integrating single event betting into the existing system, a fully legalized industry will also open up the door for partnerships to be established that will work for the betterment of the industry as a whole.

When single event betting becomes a reality for thousands of interested Canadian punters, it will present legal age Albertans and other residents of the provinces unique opportunities and options to place single wagers on their favorite sporting events. What this means is that punters will have more variety than ever to pick games or propositions that give them greater odds of placing successful and more informed bets.

Players will also have an assortment of options when it comes to which betting markets they prefer. Basically, allowing single event wagering in the country is exactly what is needed to take the Canadian sports betting market to the next level.