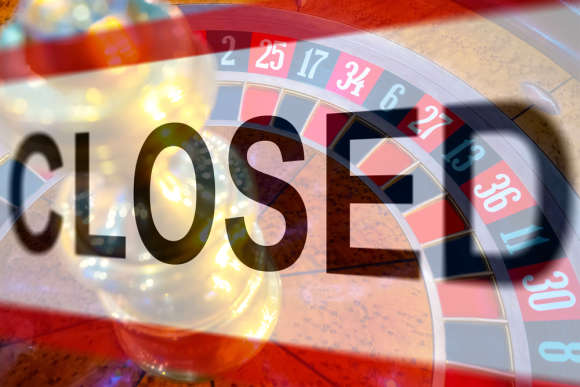 Alberta Casinos Closed Due to COVID-19

Alberta Casinos Closed Due to COVID-19

Casinos in Alberta were ordered shut down again as a new wave of the coronavirus wreaks havoc across Canada. The measures were initially announced on December 8 under a state of a public health emergency.

On January 7, the province renewed the measures, which were supposed to run until January 21. However, on January 21, Alberta authorities renewed the restrictions, ordering that they would remain in place until further notice.

“If stronger action is not taken now, we know that hundreds, potentially thousands, of Albertans will die. We cannot let that happen. We will not let that happen,” Alberta Premier Jason Kenney told a news conference back in December.

The effects of the closure of casinos have been felt almost immediately, with layoffs being widespread.

The Alberta Gaming Liquor and Cannabis (AGLC) announced that 265 staff would be temporarily laid off by early February. “Given the province-wide closure of gaming venues resulting in work restrictions for some of our employees, AGLC has made the difficult decision to temporarily lay off 265 staff associated with gaming operations,” Heather Holmen, AGLC spokesperson, said.

In December, Century Casinos announced that it was closing its doors in compliance with orders from provincial authorities. “The COVID-19 situation continues to evolve rapidly, and it currently appears that due to the pandemic's current scope it will adversely impact the company at least through the first half of 2021,” the company said in a statement.

Bully’s/Rocky Mountain Turf Club operates a restaurant, pub, banquet, and catering facility, casino, and horse racing, General Manager Rose Rossi said her biggest concern is for the regular customers and the staff. “A lot of them are on minimum wage, relying on tips. They got bills. I feel for their hardships,” she told the CTV News website.

Alberta first announced the closure of casinos in March 2020 when the COVID-19 pandemic first set in. Initially, casinos were allowed to remain open in Alberta despite other provinces ordering the gaming establishments shut.

In June 2020, casinos were allowed to reopen under Phase 2 of Alberta’s relaunch strategy. However, the province did not prescribe any capacity restrictions, with gaming establishments being asked to monitor for physical distancing, space outstations or install physical barriers, supply hand sanitizer for guests, and “regularly clean and disinfect” high-touch surfaces. Table games remained closed. There were no specific rules around cleaning frequency or mandatory mask-wearing.

Three months later, table games were permitted to open again with mitigating health and safety measures in place. Then, on Nov. 24, new rules made masks mandatory in all indoor workplaces in Edmonton and Calgary and limited capacity at businesses to 25 percent, the global news website reported.

The situation in the U.S.

In the U.S. casinos began re-opening towards the end of last year, with the U.S. Centers for Disease Control and Prevention issuing guidance on how they could operate while minimizing the spread of COVID-19. Punters were reminded to wash hands regularly, to use hand sanitizer, and wear masks all the time.

When the COVID-19 pandemic first hit the U.S. casino owners joined the airline industry in seeking emergency financial help from Congress, as the industry was hard hit by the virus. In a statement, at the time, the American Gaming Association (AGA): “As state governments close casinos as a part of the urgent public health response to COVID-19, elected leaders should move just as urgently to support the workers and businesses who will bear the brunt of those effects. Our immediate priorities are actions that provide liquidity to allow us to support employees.”

When casinos were initially shut down, places like Atlantic City took a massive hit. In March 2020, Governor Phil Murphy closed all casinos and canceled all major events in the state, a move that President of the City Council George Tibbitt described as having the “potential of an Armageddon”.