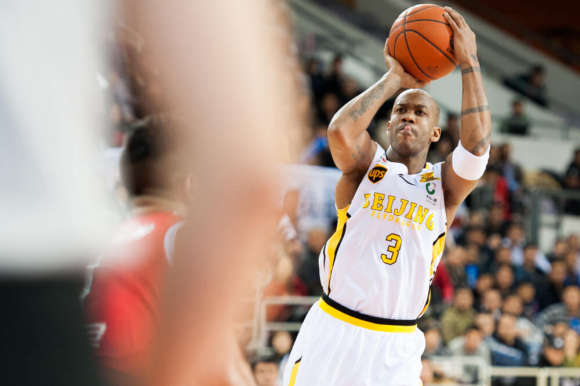 Albertans are finally placing bets on single-event sports and punters could not be any more excited. Alberta’s only regulated online betting site, Play Alberta, is now ready to accept bets on an array of sporting events related to well-known professional sporting leagues including the NHL, MLB, NBA, as well as the NFL.

The Alberta Gaming, Liquor, and Cannabis Council partnered up with Neopollar Interactive to power the Play Alberta betting site, which currently stands as the only regulated site in the province. The Alberta Gaming, Liquor, and Cannabis Council is leveraging Neopollar’s NeoSphere iLottery Technology, as well as its Advanced Betting Platform Sporting Solution to manage its platform and ensure that its customers enjoy an enhanced betting experience.

Thanks to Neopollar’s advanced solution, Play Alberta will be able to continuously advance its offerings so that much-needed tax dollars will remain within Canadian borders. Alberta’s only regulated online sportsbook has a lot to prove to punters, many of whom are used to wagering through well-known operators in the US and UK.

Apart from Alberta, several other states have also jumped on the single event betting bandwagon. Ontario was among the first ones to expand its lottery sports wagering product and is currently experiencing immense success.

Proposed changes in the country’s sports betting system have been looming for decades but it was not until last year that progress really started to be made by officials and pro-gambling advocates. Specifically, Calgary-based wagering company Real Luck Group, as well as the Alberta Gaming, Liquor, and Cannabis have been calling on authorities to legalize single-event sports betting for years unsuccessfully.

The 2 groups were always in support of legal single event betting as the practice would generate millions of dollars in revenue for the province, which is currently struggling economically under the weight of the ongoing pandemic. According to AGLC, single-event sports betting will be a substantial stream of revenue that will not require a huge amount of guidance to pull off as the country only has to look to other successful sports betting markets across the pond such as New Jersey and Pennsylvania.

Canada’s dream of legal single-event betting did not start to get realized until much later as 2020 was approaching the end. The federal government revealed the proposed changes to the legislation after months of debates, thus paving the way for single events wagering in Canada. Now that this legislation has come into effect, the outlook seems to be positive as the country’s provinces wait to reap the benefits of a regulated wagering system.

In addition to adding single event betting into Play Alberta, the AGLC might also consider working with industry stakeholders to expand sports betting into destination facilities Alberta-wide. Canadians have been spending millions upon millions on single event betting every year. However, the revenue generated has always mostly been diverted to offshore betting sites, many of which do not offer Albertans enhanced player protections.

According to the data shared by the Canadian Gaming Association, punters in Canada have been spending as much as $10-billion each year placing wagers through illegal bookies. An additional $4 billion is gambled via various offshore sites such as FanDuel and DraftKings. Now that single event betting is a regulated reality in the country, the provinces will get to keep much of this revenue home so that the funds can be redirected to enhancing the community.

With a legal single event betting system actualized, Alberta-based operators such as Calgary's Real Luck Group, as well as its subsidiary Luckbox will now offer Albertans the same products and services that are offered through offshore sites like FanDuel. Thanks to legal sports betting, these brands are now allowed to accept wagers from customers for any esports wagering events, as well as traditional sports wagering tournaments like the current NFL season.

Before single-game bets were allowed in the provinces, several legislative efforts had failed to bear fruit before Bill C-218 was given the Royal Assent only recently. The Safe and Regulated Sports Betting Act now gives the various provincial entities leeway to generate revenue from products such as the Super Bowl, Game 7, THE Grey Cup, and many other sporting events held all around the world.

So how does it all work?

Since single event betting is still relatively new, it will take some time before the individual provinces can work out the kinks in their systems. In some provinces, things are still a little fuzzy. However, in others, such as Ontario, operations are off to a great start. As of now, punters will have to make do with what’s available locally as other commercial operators such as BetMGM still have not been allowed entry into the newly regulated market.

For now, provinces are the only ones permitted to offer single-event wagering although private sector firms are positive that they will receive their invitations soon. Some of the government-owned lottery entities that have started taking wagers include Ontario Lottery and Gaming Corp’s PROLINE+. In Canada’s second most populated province Quebec, Loto-Québec is responsible for administering the bets.

Canadian punters have been enjoying single-event sports betting since it launched for the first time on August 27th. Because of legal single-event wagering, the provinces and territories in Canada are now free to carry out and manage single-game bets within their borders. The only exception made is on horse racing, whose laws still remain unchanged.

This is no doubt one of the biggest changes to take place in the gaming industry in the country. indeed, the necessary authorities have taken part in a decades-long campaign to undo the traditional parlay-based legal sports betting system. As a result, Canada will now be able to tap into the billions of bets that were previously going to offshore and illegal bookies.