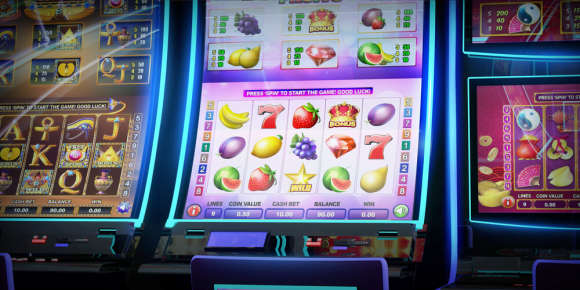 A Look into What Yggdrasil Gaming is Offering Canadians

A Look into What Yggdrasil Gaming is Offering Canadians

Yggdrasil Gaming or YG is quickly positioning itself as the go to provider for new casinos, possessing a diverse range of offerings such as slots, jackpot games and table games among others.

Since its entry into the gaming market in 2013, YG has developed from mainly offering slots based games into table games, bingo and lottery. The company uses the best technology available and their slots have high-quality graphics, with plenty of in-game bonuses to keep things fresh.

In 2014, Yggdrasil received a license from the Malta Gaming Association. Since then they have received licenses from the United Kingdom, Gibraltar, Romania, Italy, Denmark, Spain, Isle of Man.

Their signature in-house software platform, known as iSENSE 2.0 has seen them be the first company to go 100% HTML5 which put them well on the way to capturing a huge mobile casino market, just as that sector seemed to boom, it was reported.

In spite of their relative young age, YG have made a mark on the online gaming sector, being named “Innovator of the Year” at the International Gaming Awards in 2018 and “Slot Provider of the Year” in 2017.

With some Canadian provinces now expected to privatize online gaming, Yggdrasil could now expand into Canada.

We have already discussed slots, but there is no harm in repeating that YG is world famous for their high resolution slots.

YG’s games include fantastic sound design, innovative game mechanics and state of the art math design. Games are available in all major languages and currencies. The company says it introduces at least one new slot game per month. YG also has about 80 live game titles.

Furthermore, the company said it is innovating the RNG table games with the native mobile generation in mind. YG offers first class Blackjack and Roulette games.

YG also offers Spitz, which adds a fresh layer of excitement to Yggdrasil slot releases boosting player engagement with massive win potential. The first Yggdrasil game to offer the Splitz mechanics is Temple Stacks with more than 200,000 ways to win. Neon Rush Splitz was the next Splitz title with its fun, visual-heavy theme and potential for lucrative wins through both the Splitz mechanic and the six jackpots available in the title.

With such a diverse offering, it is not a surprise that YG is very popular in Canada and there is a scope for growth with provinces like Ontario set to lead the way in allowing private players into the online gaming space.

As it prepares for take-off, YG has launched a Masters program for third-party gaming content creators.

The latest company to sign up to the program is Darwin Gaming, which will develop, deploy and distribute its games using Yggdrasil’s technology and extensive network of operator partners.

YG recently struck a deal with leading operator High 5 Games in a partnership that will see its renowned games portfolio distributed across several European territories. With the deal, customers of High 5 Games’ casino sites will have access to Yggdrasil’s pioneering slots content, including popular Hades Gigablox, Syncronite Splitz and Frost Queen Jackpots, as well as titles from its growing YG Masters program portfolio.

Furthermore, Reflex Gaming has signed an agreement to incorporate Yggdrasil’s proprietary mechanic Gigablox within its future games development. Gigablox mechanic has featured in several successful games, including Lucky Neko and Hades, and Reflex Gaming will now be able to utilise the popular feature within its titles.