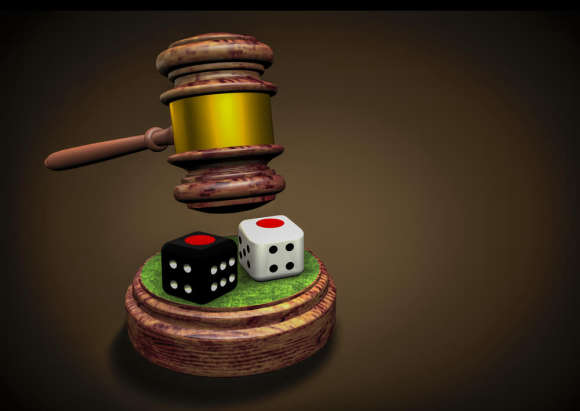 Police have arrested 29 people and shut down a casino that was operating illegally in the north of Toronto. The police also seized more than $1.5 million in cash, 11 firearms, and thousands of rounds of ammunition in the posh Markham area as part of an operation to dismantle illegal gaming networks.

The shutting down of the Markham, Ontario casino and spa came five months after the York Regional Police intelligence unit and the guns, gangs, and drug enforcement unit started a probe into illegal gaming networks. The operation is known as “Project End Game.”

“This is organized crime truly exploiting and demonstrating their money, their positions and opulence, thinking somehow that they are above the law,” Deputy Chief Brian Bigras told a news conference after the bust.

Details of the raid

Police said the 20,000 square foot mansion was a site for a massive gambling operation. The mansion was equipped with slot machines, mahjong tables, a banking area, and thousands of bottles of alcohol. Police said the home has now been “restrained” as part of a forfeiture investigation.

As per the CBC website, the $9 million mansion had a number of bedrooms that appeared to operate as bed and breakfast lodgings. The owner and operator also had a bedroom in the home, where investigators say they found a fully loaded AR-15 rifle with a 30-round magazine along with a 9-mm handgun.

The Globe and Mail website reported that renovations for the gambling operation began roughly two years later. The owner of the Markham mansion, Wei also owns another multimillion-dollar mansion in nearby Vaughan, which was also raided as part of Project End Game.

“The money moving through these underground casinos leads to huge profits for criminals that fund other ventures such as prostitution and drug trafficking. This illegal high-stakes gambling also leads to gun violence, armed robberies, kidnappings, extortion and other serious violent offences within our community. We will continue to target organized crime in [the] York Region and use every tool at our disposal, including forensic accounting, to ensure these criminals are held accountable,” Chief Jim MacSween said.

Ontario authorities ordered casinos to shut down for six months because of the COVID-19 pandemic. This presented an opportunity for organized-crime groups to fill the void.

Police said gamblers needed an invitation to attend the high stakes games. As part of the menu guests were served illegal delicacies such as shark fins. The law enforcement agency decried the lack of social distancing in the illegal gaming den, in spite of the COVID-19 outbreak. In addition, the police suspected that human trafficking was rampant.

In the months leading to the raid, police said they had noticed a rise in violence in Markham, which was a result of the fallout of organized crime groups battling for turf and control of the drug trade, among other illegal activities.

As part of Project End Game, Canadian police have raided several illegal gambling dens and arrested up to 45 people, while 33 have so far been charged.

Last year on July 3, investigators executed a search warrant at a commercial unit located at 3276 Midland Avenue which was being run as an illegal gaming house. Gaming tables, video slot machines, and more than $20,000 was seized and five people were arrested.

On July 17, York police, together with the Durham Regional Police Service and Ontario Provincial Police staged a plan to enter the Markham mansion with tactical teams. However a helicopter flyover ahead of the operation found several children in the backyard being served by wait staff during what appeared to be a kind of special event, the CBC website reported.

The home was guarded by armed guards, leading the police to cancel the raid, which they considered dangerous at the time.

On July 23, a team of 32 investigators and 92 tactical officers descended on the home, where they uncovered what they say was a fully functioning casino operation and arrested dozens of people including the alleged owner and operator, a 32-year-old man.

On July 30, 2020, investigators executed a search warrant at a residence on Woodland Acres in the City of Vaughan. Three people were arrested and more than $70,000 in cash was seized along with various documentary evidence relevant to the illegal gaming operations.

"While the total value of these seizures is significant, this is only the start of our efforts to dismantle organized crime groups who are operating illegal gaming operations in York Region," said Chief MacSween.

Ontario casinos brought in $1.66-billion of the Ontario Lottery and Gaming Corporation’s $2.3-billion net profits in 2019.

Across the border in the U.S. 14 illegal gambling operations were stamped out in Michigan. As the movement to legalize and support gambling has been sweeping America, more and more companies with illegal practices have been caught out and stopped in their tracks. In Tarrant, Alabama, at least five illegal slot machines were seized in a raid at the American Legion post. Police executed the search warrant at Post 113 on Pinson Street, where an arrest was also made. Over $5,000 was found in the machines hidden away in a back room, and a man was arrested on gambling and other drug-related charges.