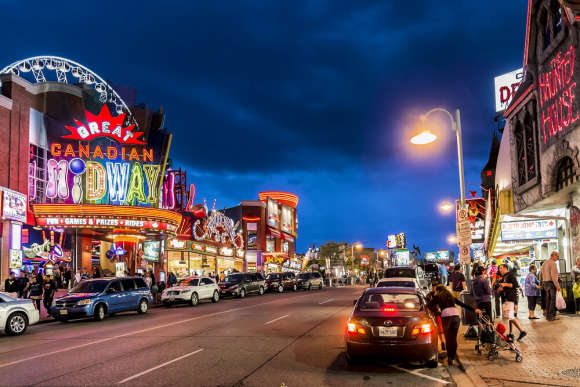 It’s been over a year since COVID-19 forced the closure of land-based casinos in Canada’s British Columbia province and up to now there doesn’t seem to be a plan to re-open the gaming facilities. Frustrated by this inaction, at least 13 B.C. mayors have written to the province’s premier, John Horgan to explain when casino establishments are likely to re-open.

The most important issue to the group of mayors is that the closure of casinos in March 2020 will continue to have a long-term impact on their workers and their families. The mayors said they were worried that there did not seem to be any signs that casinos were about to open and that the workers would resume their jobs.

Another pressing issue for the mayors is the loss of revenue from casinos, which in turn translates to lack of funds for charity work. For instance, Fort St. John’s mayor, Lori Ackerman said her town's revenue has shrunk since mid-March 2020 from nearly $900,000 last fiscal year to around $270,000 during the first six months of this fiscal year, due to the provincially mandated closure of gambling facilities.

Ackerman worried that  the loss of gaming revenue may lead to a reduction in community services, such as parks and recreational areas, if taxpayers don't want to see their bills increased by three per cent. "We would have to take a look at how to trim those services that would use that money,” said the mayor.

What the mayors want at the moment is at least a timeline of when the gaming establishments are likely to re-open.

The Fort St. John mayor said they were not requesting any special treatment and invited the premier for a virtual tour ro see what the towns were doing to ensure a safe re-opening.

While the mayors are pleading with Horgan, a petition has been circulated demanding the reopening of casinos. The petition, addressed to the government of Canada, Prime Minister John Trudeau, Horgan, B.C. Provincial Health Officer Bonnie Henry and Adrian Dix, a Member of the provincial Legislative Assembly, sought 1,000 signatures and has since reached this target.

“We only ask that [Henry] and the B.C. government give our casinos the same chance that Quebec, Saskatchewan, Alberta, parts of Ontario, and the Atlantic provinces have had in reopening their casinos under strict guidelines to preserve the health and safety of our patrons, employees and communities,” reads the petition.

The petitioner proposed that casinos would follow strict COVID-19 guidelines such as social distancing measures, limited patron capacity for all casino locations, mandatory masks for staff and patrons to be provided at the door and temperature checks among a host of proposals.

“For over 35 years casino players have helped shape British Columbia and given back $23 billion to communities. Please give us a chance at a return to normality. Let us work together to fight the COVID-19 virus, bring back jobs to thousands of regular Canadians, and to provide entertainment, joy and friendships to British Columbians everywhere,” the petition says.

However, the mayors may not find much joy from the provincial government, as the B.C. The Ministry of Health said it has no firm date for the reopening of casinos. In fact, the ministry says it will look at factors such as enclosed spaces, ventilation and older populations visiting casinos when deciding whether to allow gaming centres to resume operation.

In an effort to recoup some of the money lost to the forced closures of land-based casinos, a number of provinces are looking to online casinos and iGaming as their salvation.

Some provinces like Alberta have indicated that they are preparing for the reopening of casinos and bingo halls.